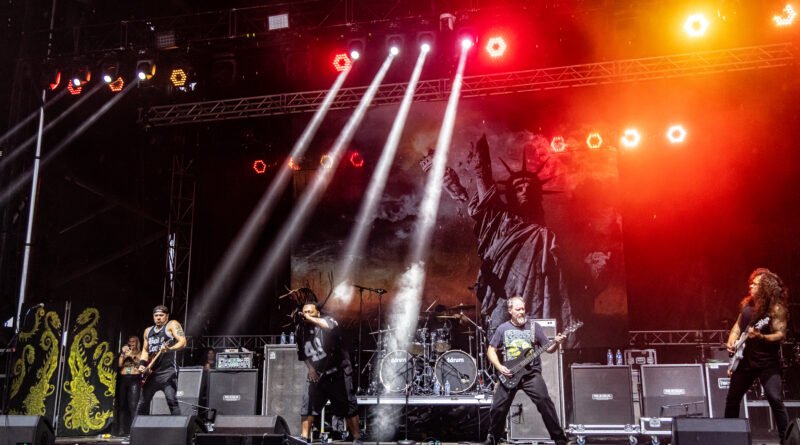 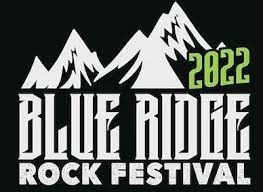 Something that had been looming in the minds of fans weeks before they made the trek out to Alton, VA, was the weather.  Reports had rain covering everyday of the festival to some degree and up to this point, we have been fortunate that things managed to stay dry so far.  But looking outside my window, it looks very clear our luck is going to change.  Getting to the venue you can’t help but think if and when the skies are going to open up. But, there are too many bands and way too much music to take to worry about that right now.

It wasn’t long before we got the announcements of two big cancellations.  One that would have been the first live appearance of Scion, consisting of YouTube guitar phenom Jared Dines and the legendary Howard Jones.  And the other would be Italian goth metal outfit Lacuna Coil.  Though the disappointment was high, there would be plenty to be excited about.  With two slots vacant on the main stages, that left plenty of time for fans to head to the URW Stage to catch a crushing set by metal pioneers Crowbar.  Afterwards, they would be followed up by the dual threat of Heidi Shepherd and Carla Harvey of Butcher Babies.  Their melodies and screams coupled with their signature hair twirls have always been a fan favorite, and always draw a huge crowd whenever they grace the stage at a festival.

Adelitas Way would bring their hard rock sounds to the Monster Energy Stage.  Singer Rick DeJesus would lead the charge through a flurry of uplifting and anthemic tunes like Ready for War (Prey for Peace), New Ear and Notorious.  The band’s crunchy tones, catchy riffs and great all around showmanship certainly made them a highlight of the afternoon time slots.  The 4pm slot would be jam packed with great bands stretching across all five stages with acts like Powerman 5000, The Plot In You and Hollow Front.  But the crowds would flock over to the ZYN Stage to feast their eyes on the stunning display of the acclaimed Finnish cellists in Apocalyptica.  Their incredible symphonic and heavy approach to their playing leaves fans in awe with not only the brilliant original pieces of music like Ashes of the Modern World or the stellar In the Hall of the Mountain King.  But it is Apocalyptica’s astonishing composers of Metallica’s classics Nothing Else Matters and Seek & Destroy that had fans becoming the main vocal point as they shouted every word back to the band.

As I make my way down the easier side of the dreaded hill, I need to stop at my favorite festival food stand Island Noodles.  But as I start to walk towards the URW Stage to catch Mushroomhead, a light drizzle starts to hit our heads.  And by the time it took me to walk from the food stand to the stage, the light drizzle had not become a downpour.  But that wouldn’t stop us photographers, nor would it stop Mushroomhead from ripping it up on stage.  The masked unit unloaded their intensity through a wave of rain and even sent singer J Mann up and over the barricades on both sides of the stage and went for a quick crowd surf before returning to the stage.  To say that the rain would make “The Hill” even more dreaded would be an understatement.  But in order to make it to the other side of the grounds to catch another killer set from Ice Nine Kills, it would be a slippery and muddy journey.

Spencer Charnas would be the lead in this always entertaining horror themed performance.  The band has done an amazing job incorporating specific horror into their music and live shows.  Ice Nine Kills currently kicks off the show with a touch of American Psycho, but would usher in the live theatrics from horror masterpieces like Halloween (Stabbing in the Dark), Hostel (Wurst Vacation), Nightmare on Elm Street (An American Nightmare) and of course IT (IT Is the End).  It wouldn’t be long before we would transport ourselves from one horror set to another to catch the Motionless in White just next store on the Monster Energy Stage.  Chris Motionless always brings a high level of energy to an already high octane show.  It wouldn’t take long before pillars of pyro ignite around the stage.  The band would dedicate half of their set with ragers off of their new record Scoring the End of the World with Sign of Life, Slaughterhouse, Masterpiece and their big single Cyberhex.

I would be lying if I wasn’t on the verge of passing out after sprinting from one end to the other to make it before God Forbid hit the stage.  At this point the rain has begun to pick up again, but it would only add the emotionally charged set.  For the first time in nine years Doc Coyle, Byron Davis, Corey Pierce and John Outcult make their triumphant return.  They would recruit the help of ex-As I Lay Dying guitarist Nick Hipa.  The larger than life presence that frontman Byron Davis provided while belting out vocals and roars from crushing songs like Force-Fed, Anti-Hero and War of Attrition.  My first God Forbid show was just over twenty years ago at CBGB’s in New York and this band sounded as explosive and tight at this year’s festival as they did all that time ago.  The fans made sure to show God Forbid plenty of love as they thunderously chanted the band’s name throughout the set.

At this point, the torrential rain really made it difficult to want to leave the cover of the stage to head over to catch Pierce the Veil and Skillet in what would seem like a disastrous pilgrimage.  But in staying we would be able to enjoy the shockingly bloody tales of the Scumdogs of the Universe themselves GWAR.  It wouldn’t take long before the fans would get their first taste of carnage as they usher out the live debut of The Cutter with a Hannibal Lecter like performance by cutting the face off of a George W. Bush type character.  The fans would erupt every time they had the opportunity to get drenched with alien blood.  And there would surely be plenty to go around with savage tracks like Bring Back the Bomb, Saddam a Go-Go and of course who could forget Womb With a View.

I Prevail always packs the fan in with their amazing live shows, usually selling out on their tours.  But tonight, they would have have some stiff competition as fans are literally running down the hill to catch none other than the always vivacious Tenacious D.  As Jack Black and Kyle Gass make their way across the stage with the Crystal of Gilgamesh, the cheers from the crowd were almost deafening and were only amplified as the duo break into the raucous JB JR Rap.  One song that made the setlist that I took me by surprise was their stellar cover of Thin Lizzy’s legendary Jailbreak that saw Kyle Gass take the reins and knock it out of the park.  There are a multitude of bands that give praise to their road crew, and rightfully so.  But no one has taken to the level that Tenacious D.  Roadie is a hard hitting look into the guys who make the show happen.  Every member of the crew was brought out to center stage to a wild ovation from the fans.  Tenacious D would have the entire crowd chanting along to every word and would only get louder for songs like The Metal, Tribute and Fuck Her Gently.

As it starts to loom towards 10pm, everyone is now putting their sights back to the Monster Energy Stage for tonight’s closer and one of the biggest names on the entire festival with Slipknot.  The nine headed monster would launch into their set with the crushing Disasterpiece before taking it back to 1999 and my favorite of their self-titled debut Wait and Bleed.  Slipknot has consistently supplied a devastating setlist and this would be gearing up to be one of their best.  It wouldn’t take long for fans to notice a pivotal piece of the band was not in his usual haunt.  Corey Taylor would address the absence of their percussive ring leader Shawn Crahan (Clown) by explaining that “Obviously, we’re missing one of our brothers tonight. Clown had a medical emergency with his family and stayed behind to make sure they were ok.”.  Judging by the overwhelming response, the fans wished him well.  Fans would also get treated to their first taste of new music off the bands new record The End, So Far with the hypnotically crushing The Dying Song (Time to Sing).  If that is the smallest inclination of what we can expect from their new record, all hope is high.

Through all of the excitement and chaos on stage, you may have not taken in the incredible stage setup.  With walls and panels of LCD screens and enough pyro to make you think you’re watching a metal show in hell itself.  Slipknot would certainly supply the soundtrack for such a show as they stampeded through brutal tracks like The Heretic Anthem, Psychosocial, Duality and what Slipknot show would be complete without the staple of Spit it Out.  There is nothing quite like a full on in your face musical barrage like this and any other band would fail to try to duplicate.  Slipknot would walk off stage and let the excitement build up in a wave of “One more song” chants, until the stirring sounds of the intro (515) from the Iowa record.  Slipknot would explode into the album’s brutal entry People=Shit  before wrapping it all up with our new national anthem Surfacing.  I don’t think there’s a bigger way to wrap up any night of this festival than what we just saw.  But we have just one more day and I have no doubt that we won’t be disappointed. 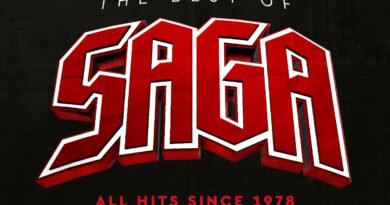 Saga “Best Of” Out Now, Reissue Series On the Way

22nd April 2021 Rob Cella Comments Off on Saga “Best Of” Out Now, Reissue Series On the Way 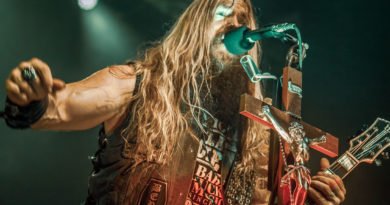 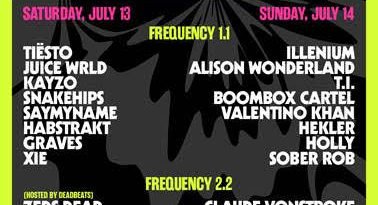