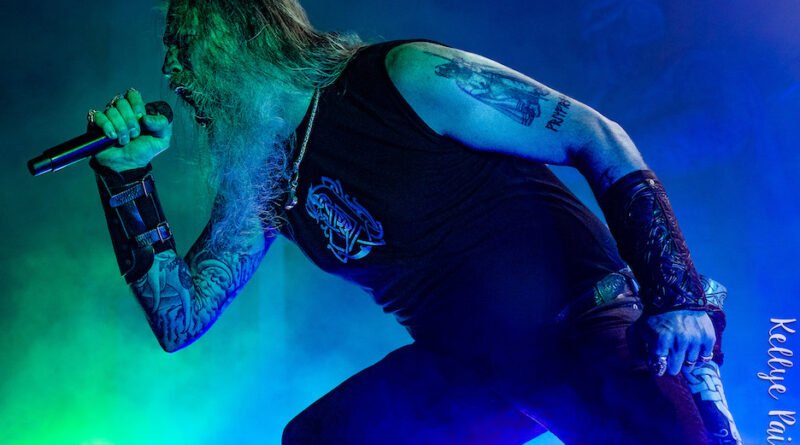 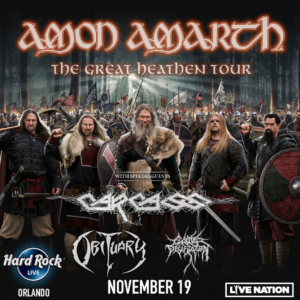 On November 19, 2022, vikings raided Orlando, Florida. However, instead of pillaging, Amon Amarth invaded the Hard Rock Live for a night that will never be forgotten. The Swedish melodic death metal band set sail to North America for The Great Heathen Army Tour on November 11th. With Orlando being their seventh stop on the tour, they played a sold out show. Fans, or as Amon Amarth would call them, heathens or vikings, gathered together on the “battlefield,” some dressed in full-Viking attire, ready to drink ale and party late into the night.

Amon Amarth was not alone on their quest to conquer North America. Accompanying them on their voyage was Cattle Decapitation, Obituary, and Carcass. First on the stage was deathgrind band, Cattle Decapitation. While their name may sound offensive at first, they are most known for their lyrical protests against the mistreatment of animals. As the genre suggests, they warmed up the crowd by being the heaviest band of the night.

Following Cattle Decapitation was Florida locals, Obituary. Being from Tampa, the death metal legends were only a few hours from home. To start the set, members Ken Andrews (lead guitar), Trevor Peres (rhythm guitar), Terry Butler (bass), Donald Tardy (drums) played a long instrumental part showcasing their talent before vocalist, John Tardy, joined them on stage. Their dark and moody stage setup reflected the tone of their music. Next on the stage was goregrind pioneers, Carcass. Even through the band has been making music for decades, they were still able to stir up the crowd, and prepare them for what was coming next.

Once the crowd was fully hyped up, Amon Amarth finally took their place on stage. During their set, Amon Amarth tells a story both lyrically and theatrically that brings the listener to different time. Band members, Johan Hegg (vocals), Olavi Mikkonen (lead guitar), Johan Söderberg  (rhythm guitar), Ted Lundström (bass), and Jocke Wallgren (drums), fully adopted the rich mythology of The North, honoring the Norse gods and viking history. Many of their songs such as Deceiver of the Gods, Oden Owns You All, and Twilight of the Thunder God pay tribute to the various Norse gods with an added twist of Swedish black metal musical themes. While others such as The Way of the Vikings and Cry of the Blackbirds commemorate viking history and tradition.

With multiple prop changes, epic sword battles on stage, and even a visit from the trickster god, Loki, witnessing an Amon Amarth performance feels like going on a great journey. At the center of the stage, the drums were sitting on top of a giant viking helmet with color changing eyes. After every few songs, the backdrop and props around the viking helmet would change. As the perfect close to the set, vocalist, Johan Hegg, raises Thor’s hammer to the sky and battles the Midgard Serpent himself. With such detailed story-telling, fans often find themselves channeling their own inner viking. This can most famously be seen during the song, Put Your Back into the Oar, where the crowd takes part in a “row pit.” A row pit is truly a site to be seen, with fellow vikings sitting on the ground, rowing back and forth shouting “ROW!” in traditional northmen style.

After a night full of circle pits, walls of death, row pits, and singing along with melodic guitar riffs, Amon Amarth’s heathen army was riding the high of adrenaline. The energy was infectious. The band lingered on stage long after the encore, feeding off of the energy of the crowd. Their thunderous battle roars were loud enough to make Thor jealous. The night ended with all of the vikings on the stage and in the crowd raising their horns (or glasses) high, with a loud “SKÅL!” Amon Amarth’s visit to Orland was truly a glorious experience. One that would have made Oden himself proud.  There are still plenty of stops on this campaign, so make sure you get your tickets to a battlefield near you!

Deceiver of the Gods

Oden Owes You All

The Pursuit of Vikings

Find a Way or Make One

Destroyer of the Universe

Put Your Back Into the Oar

Cry of the Black Birds

The Way of the Vikings

Twilight of the Thunder God 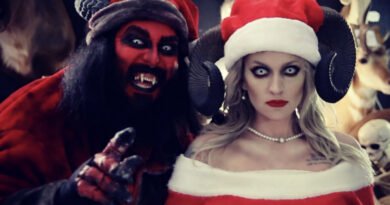 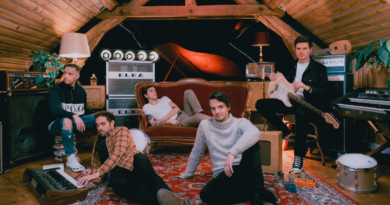 17th May 2021 Rob Cella Comments Off on Chunk! No, Captain Chunk! Announce New Album “Gone Are The Good Days” + Share Video for “Bitter”