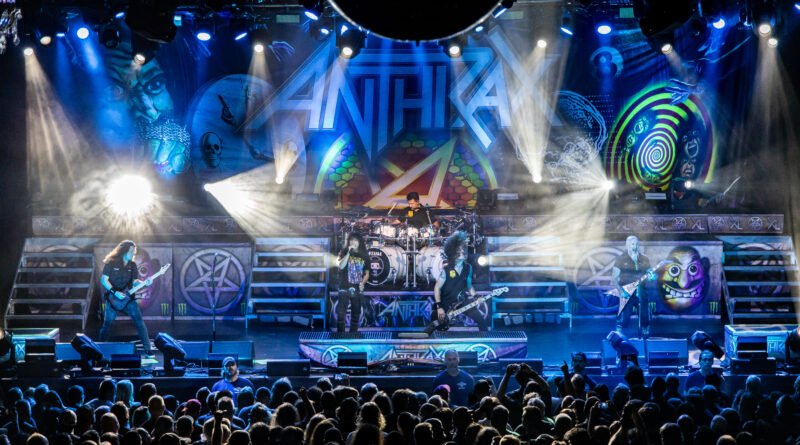 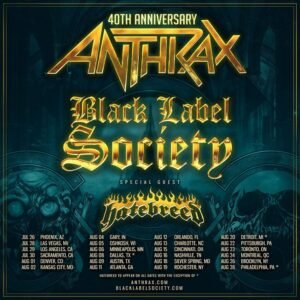 Who could have imagined that five guys from New York would turn the metal world on its head and create one of the most iconic and legendary thrash metal bands of all time.  Anthrax has kicked in every door that has stood in their way as they’ve unleashed one musical masterpiece after another.  And let’s not forget their groundbreaking collaboration with Public Enemy that produced the head banging mashup Bring the Noise.  Now 40 years later, Anthrax celebrates the only way they know how and assemble one of the heaviest tours of the year with help from Hardcore titans Hatebreed and the legendary Black Label Society.  And tonight at The Fillmore in Philadelphia, it’ll be a miracle if the walls are still standing afterwards.

Following the build up from Quiet Riot’s anthem Metal Health (Bang Your Head), Hatebreed stormed the stage and pulled the leash off of the absolutely crushing opening track from Perseverance with Proven. The pit erupts fast and furious and sets the tone for the entire show.  The band geared the first part of the set to the old school fans as they dropped Before Dishonor, Tear it Down and Driven by Suffering like a carpet bomb on the crowd.  The intensity is unmeasurable every time they take the stage and it only grows out of control as the set goes on.

After the dust settled from the chaos of As Diehard As They Come, Hatebreed would give praise to another thrash legend Exodus with a blistering cover of their fierce Bonded by Blood.  Guitarist Wayne Lozinak would shine as he shreds away on Gary Holt’s renowned solo.  Then it’s back to the early days with merciless tracks like This is Now, Smash Your Enemies and the savagery of Perseverance.

Looking Down the Barrel of Today would only be the second time in the set that fans would rage out to music off of the bands latest record Weight of the False Self.  But these fans ate it up and spit it out as it fueled the insanity across the floor of The Fillmore.  And if anyone thought that they would have a chance to catch their breath, they were sadly mistaken.  Hatebreed would power on like a high speed locomotive as they rip through Last Breath and A Call for Blood.  But like any other show, the band would drive it all home with their annihilating anthem I Will Be Heard.

A Stroke of Red

As Diehard as The Come

Looking Down the Barrel of Today

A Call for Blood

I Will Be Heard

A staple to every Black Label Society gig is their pre-show anthem of Whole Lotta Sabbath, which rang out like a battle cry.  Soon the massive Black Label skull curtain starts to come to life from the rotating lights behind it.  From behind the curtain, a hard hitting four count cues the curtain drop, revealing the musical juggernaut as Co2 ignites across the front of the stage to the heretic sounds of Funeral Bells.  Black Label kept the pedal to the metal as they would smash through in your face tracks like Overlord, Heart of Darkness and A Love Unreal.

Fans would get a taste of new music off of the band’s latest record Doom Crew Inc. with the heavy grooves of Destroy & Conquer and You Made Me Want to Live.  Both are shining moments on the new record and the translation to a live show just amplifies the intensity and momentum.  The show would also mark a special occasion for a member of the band.  The Mongoose himself, JD DeServio would be celebrating his birthday with the sold out house.  Zakk directs him to the main raiser and as he salutes the crowd, Wylde leads the fans in singing Happy Birthday.  A roadie event ushered out a cake for the bassist to blow out candles.

Continuing on with the theme of celebration, Black Label Society would pay their nightly respect to the Abbott brothers Dimebag and Vinnie Paul, with their tribute ballad In This River.  The song is always a high point of the show as large banners of the musicians are draped over the wall of amplifiers.  Following Doom Crew Inc‘s big single Set You Free, Black Label would all but bring the roof down with their heavy hitting anthem Fire it Up.  The highlight, as always, is the fierce six string duel between Zakk and fellow guitar slinger Dario Lorina at center stage.  And Black Label Society would finish out their set strong with the crushing tracks Suicide Messiah and Stillborn.

You Made Me Want to Live

And rounding out the trio of destruction is none other than Anthrax.  The large white sheet in front of the stage soon serves as the backdrop for a video featuring a staggering list of celebrities and musicians, recounting stories of the bands influence on themselves.  The star studded homage would include Keanu Reeves, Corey Taylor,  Henry Rollins and Phil Anselmo.  Just to name a few.  The video would certainly rev up the crowd.  But when the message “SCREAM FOR US” pops up on the screen, the screams were almost deafening.

When the curtain drops, Anthrax unleash their whirlwind classic Among the Living.  The fans’ adrenaline rush would boil over as the band rolled right into their iconic Caught in a Mosh.  The crowd’s reaction was thunderous and ignited a tornado of a circle pit across the floor.  Much of what was said in the video leading into the show could physically be seen and experienced watching the insanity ensue.  The rawness and shear magnitude of their music has been what has drawn fans to Anthrax for forty years and counting.

The band served up their high octane in your face rendition of Trust’s 80’s rock hit Antisocial that had the fans pounding their fists in the air.  The song had everything you want to see at an Anthrax show.  Blistering drumming, soaring vocals, furious guitar work and of course, Scott Ian’s signature strut across the stage.  Only would keep in theme with the uproarious anthems of the night as its chorus would instigate a thunderous vocal response from the fans.

Soon we would get one of the biggest head banging moments of the night when Scott Ian announces Bring the Noise.  That legendary mashup had fans jumping in the air and fueled waves of crowd surfers.  And what better way to bring the night’s festivities to an end than with Anthrax’s legendary Indians.  As soon as the band’s war dance hits their ears, the fans give the band with hands down the biggest circle pit of the night.  The energy was at an all time high of the show as Anthrax gave these fans everything they had left in the tank.  This amazing show was the icing on the cake for not only the tour.  But in celebrating the career of this legendary band.

Caught in a Mosh

Keep it in the Family

I Am the Law 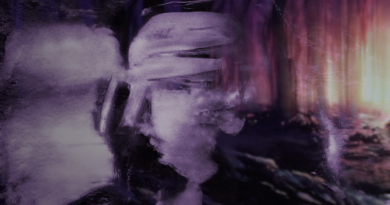 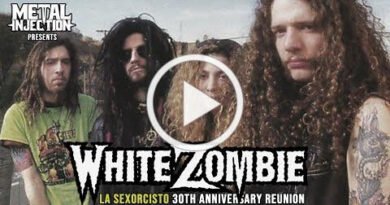 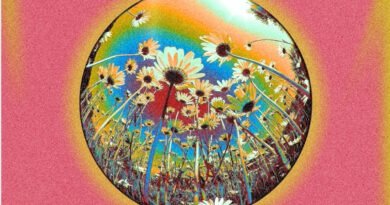