July 6, 2022 – Industrial act, Clockwork Echo has unleashed their new album, Death Rebirth Repeat. The album addresses the personal journey of its creator and the universal sense of dread and uncertainty felt by many during the pandemic. Even the album artwork reflects these themes; it’s literally a bunch of ordinary people falling into the depths of hell.

Musically and lyrically the album is a brutally introspective reflection and an outward-looking critical social commentary about our response to the pandemic and how human nature played into it.

Perhaps most importantly, Death Rebirth Repeat deals with themes of stoicism, fierce individualism, and overcoming adversity. There’s even some sardonic humor thrown in from time to time for good measure.

Says Clockwork Echo mastermind, Gabriel Ryan: “I experienced some severe loss and trauma during that period. My mood ended up descending into journey of hopelessness and self-destruction before giving way to acceptance and renewed strength. With adversity comes the opportunity to rebuild yourself into something that was far superior than what you had before.”

Death Rebirth Repeat is available on CD & all digital platforms including Bandcamp.

More about the album:

Death Rebirth Repeat is a significant departure from the band’s previous release, and represents the band’s evolution from a traditional harsh electro act to its own unique take on the genre.

The album draws influences from both harsh electro and metal – sardonic synth riffs are played at a blistering pace, shifting seamlessly from melodic to searing. Raw metal vocals roar over ethereal choirs and pads that evoke atmospheres that float between dreary and heroic. Everything is tied together by stompy drum sequences that remain firmly planted in the world of harsh electro, albeit perhaps played a bit more aggressively.

The result is nearly an hour’s worth of unmetered sonic aggression that somehow still makes you want to dance. The album consistently pays homage to the band’s roots while injecting elements from other genres and turning everything up a few notches.

Clockwork Echo is joined on the album by Alien Vampires and Komor Kommando, both of whom contribute remixes that leave their own sonic footprints on the release.

The band will be departing for a tour next month with Hocico and Luna13, playing shows in western United States, Canada, and Mexico.
Buy/Stream Clockwork Echo Now! 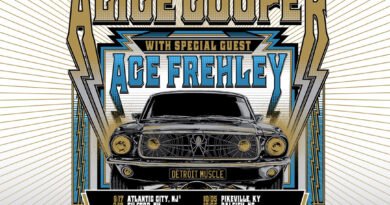 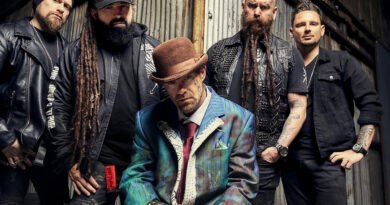 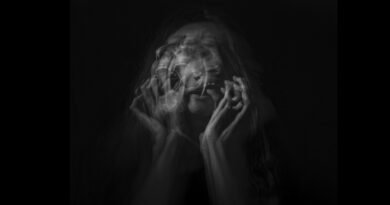 26th May 2022 Calypso Dread Comments Off on OHP Proves that Being “Sweet But Psycho” isn’t Just for Pop!

ASCENSION OF THE WATCHERS: Apocrypha Full-Length Out TODAY Via Dissonance Productions

11th October 2020 Rob Cella Comments Off on ASCENSION OF THE WATCHERS: Apocrypha Full-Length Out TODAY Via Dissonance Productions