Turn Up That Dial

Out Now Via Born & Bred Records

The animated adventures of the Dropkick Murphys continue with the newly released video for “L-EE-B-O-Y,” from the band’s new album Turn Up That Dial. Illustrated and animated by Adam Murphy and edited by Oliver Riley-Smith – the same team that was behind DKM’s raucous, slapstick video for “Mick Jones Nicked My Pudding” – “L-EE-B-O-Y” finds the band toasting bagpipe player Lee Forshner.

Tongue-in-cheek and self-referential, the song and video allude to DKM staple tracks (including “Time To Go” from 2003’s Blackout and the band’s familiar cover of AC/DC’s “T.N.T.”), while also calling back to “The Spicy McHaggis Jig” from 2001’s Sing Loud, Sing Proud! – saying of Forshner, “Like Spicy McHaggis, he’s a hell of a guy!” All of this came as a surprise to the bagpipe player, who recorded his parts for “L-EE-B-O-Y” apart from the rest of the band in Florida, without knowing the song’s real title, hearing the lyrics, or having any inkling that it would be about him.

Dropkick Murphys founder and co-lead vocalist Ken Casey explains, “Lee is just the BEST guy ever and we felt like he deserved a song. Bagpipers are larger than life characters, and we wanted to make a fun, over-the-top song and video about our guy Lee.”

“Looking back, there was never really any point where I would or could have questioned any bit of this process,” recalls Forshner. “The file sent to me to record pipes on was named ‘Ring The Bell.” I played everything, and as always, figured I’d hear the finished song eventually. That night on Zoom, I had no idea what was going on, and was completely shocked to see and hear what it turned out to be.”

Turn Up That Dial, released April 30 via the band’s own Born & Bred Records, is Dropkick Murphys’ tenth studio album, and fourth consecutive Billboard top 10 album debut, joining 11 Short Stories Of Pain & Glory (2017), Signed and Sealed in Blood (2013), and Going Out In Style (2011).

About Dropkick Murphys: Dropkick Murphys proudly remain Boston’s rock ‘n’ roll underdogs turned champions. Since 1996, the boys have thrown down with the kind of rock ‘n’ roll that’s meant to be chanted at last call, in packed arenas, and during the fourth quarter, third period, or ninth inning of a comeback rally. With a celebrated discography including 2005’s gold-selling The Warrior’s Code and the near double platinum classic “I’m Shipping Up To Boston,” they’ve quietly moved 8 million-plus units worldwide. Whether you caught a legendary gig at The Rathskeller (The Rat) under Kenmore Square, found the band by taking the T to Newbury Comics to cop Do Or Die in ’98, discovered them in Martin Scorsese’s Academy Award-winning The Departed, or saw ‘em throw down at Coachella (or one of hundreds of other festivals), you’ve become a part of their extended family. Among many accolades, they’ve earned four consecutive Billboard top 10 album debuts (2021’s Turn Up That Dial, 11 Short Stories Of Pain & Glory, Signed and Sealed in Blood, Going Out In Style), generated half-a-billion streams, and sold out gigs on multiple continents. Not to mention, The Signed and Sealed in Blood standout “Rose Tattoo” graced Loudwire’s “Top 66 Best Of The Decade Rock Songs” at #21 with a bullet. Most recently, 2017’s 11 Short Stories Of Pain & Glory (released through the band’s own Born & Bred Records), bowed at #8 on the Billboard Top 200 and emerged as the #1 independently released album. In 2021, they return with a simple request on their tenth full-length album: Turn Up That Dial! 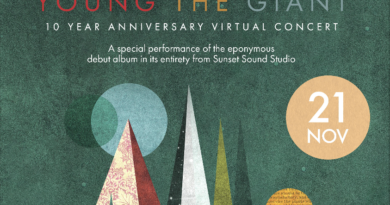 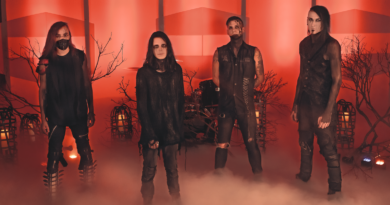 2 SHADOWS Teams with THE VEER UNION on “Scratching at the Surface;” Out NOW Via ROCK SHOP RECORDS!

17th November 2020 Calypso Dread Comments Off on 2 SHADOWS Teams with THE VEER UNION on “Scratching at the Surface;” Out NOW Via ROCK SHOP RECORDS! 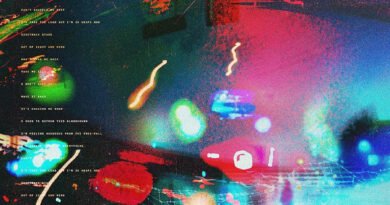 24th May 2021 Rob Cella Comments Off on JOHN FOGERTY Announces a Return to Wynn Las Vegas This October!