Uncategorised
5th September 2020 Rob Cella 388 Views
COLD WAVES
Chicago’s Long-Running Industrial Music Festival
Announces Virtual Weekend Of Activities September 18-20
To Be Streamed Via Twitch HERE
The Event is FREE To Attend, With Opportunities For Donations
Full Programming Details To Be Announced September 10
Exclusive COLD WAVES “Lost Weekend” Compilation Album Will Feature
A Cover Of The Cure’s “Burn” By Stabbing Westward &
Contributions From Other Festival Alums
Proceeds Will Benefit Metro Chicago Staff And
Darkest Before Dawn, Supporting The Nightlife Industry
In-Person Festival Event Rescheduled To September 24-26, 2021
The long-running and much-loved industrial music festival COLD WAVES will live on this year in the form of a weekend-long virtual celebration, announced today. “The Lost Weekend Virtual Experience” is planned for September 18-20 and will be streamed FREE via Twitch HERE.
The 3-day event will feature several hours of programming nightly starting at 7:00 pm CT and will include new exclusive content, rare and unseen video performances, artist-driven auction items, special guest appearances and DJ sets. Some of the bands scheduled to participate include Meat Beat Manifesto, The Young Gods, Chris Connelly, Ash Code, Severed Heads and many more. The event is FREE to attend, with opportunities for fan donations. Full details will be revealed September 10.
This year’s annual in-person edition (COLD WAVES IX) had originally been scheduled to take place at the legendary Metro Chicago this month with headlining sets from Front 242, Stabbing Westward and My Life With The Thrill Kill Kult, but had to be postponed due to ongoing health concerns, venue capacities and international travel issues as a result of COVID-19. It has since been rescheduled for September 24-26, 2021 with a to be announced lineup.
Founder Jason Novak wanted to resurrect the fan favorite weekend in this virtual model and says, “Regardless of the current struggles our industry family and friends are enduring, we realize how much COLD WAVES means to so many people every September, since Jamie Duffy’s passing in 2012 that inspired it all. We felt the need to do something, anything, to try and connect this passionate fan base during our ‘lost weekend,’ and we are grateful to the artists who contributed in such a dark time. Hopefully there is enough goodwill and gas in the tank left to generate some fundraising revenue for the Metro staff and Darkest Before Dawn, as we all continue to fight to save our industry.”
The virtual weekend activities will be organized as follows:
Friday, September 18: Kick-Off Party
Saturday, September 19: The Main Event
Sunday, September 20: Closing Ceremonies
Final programming details, along with more information, will be revealed on the “Car Con Carne” show with James VanOsdol on Thursday, September 10. Tune in HERE.
In addition to special auctions and rare band merchandise for sale throughout the weekend, COLD WAVES will release an exclusive limited-edition compilation album with 15 tracks and remixes from festival alumni, including a cover of The Cure’s hit “Burn” (from The Crow soundtrack) done by Stabbing Westward. The album will have a limited CD pressing and will be available on the COLD WAVES website and the Cracknation Records Bandcamp page.
Proceeds from all sales will be donated to a GoFundMe set up for the staff of Metro Chicago as well as the Darkest Before Dawn charity, providing support to the nightlife communities. A donation button will also be available throughout the streaming activities for those that wish to donate further.
About COLD WAVES
COLD WAVES is a celebration of Chicago’s relationship with industrial music, the memory of a fallen brother, and a fundraiser for suicide prevention charities. In the summer of 2012, Chicago lost one of its most loved and respected sound engineers and musicians, Jamie Duffy. His work ethic and ingenuity in the local music scene was a gift to many musicians. His abrupt passing had a profound effect on the electronic and metal music families he meant so much to.
In need of healing and hope, COLD WAVES brought 14 bands together for one magical night that year to raise money for Jamie’s family and say goodbye. But in the end, it was more of an awakening… a rebirth… a breaking wave. The success of the show pushed the team to build it into an annual event, stretching over a weekend and moving it to Chicago’s iconic Metro.
COLD WAVES aims to shake the pillars of heaven by collecting the bands, styles, sounds and attitudes that Jamie held dear, and cement the sound of a Chicago institution alive and well. From Wax Trax! and Medusas to Uncle Al and Chicago Trax, this is our history and our future, the melding of man, woman and machine, the sound of melody, muscle and hate, basking in the glow of attack ships on fire down the shores of Pluto.
http://www.coldwaves.net/
https://www.facebook.com/coldwavesfestival
Share This Post: 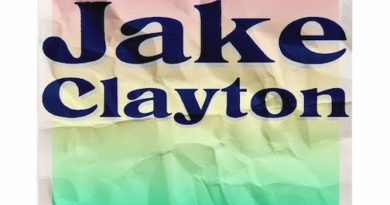 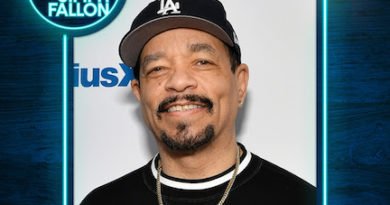 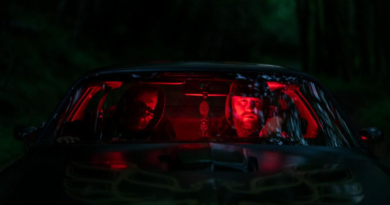 ELEINE Announce ‘Die From Within’ Limited Vinyl – Out April 23rd