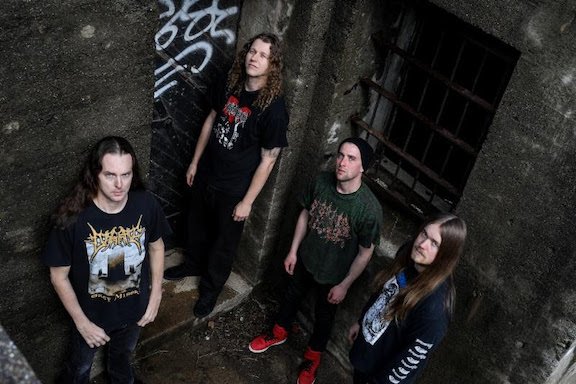 Uncategorised
3rd July 2020 Rob Cella 90 Views
San Jose death dealers MORTUOUS will unveil a limited vinyl repressing of their Through Wilderness debut on July 3rd.
MORTUOUS – featuring within its ranks past and present members of Exhumed, Repulsion, Necrot, and Vastum, among others – released their Through Wilderness debut in 2018 via a joint collaboration with Carbonized Records and Tankcrimes. Captured at Earhammer Studios with Greg Wilkinson (Brainoil, Vastum, Necrot, etc.), the record includes guest appearances by Chris Reifert and Danny Coralles of Autopsy, Derrel Houdashelt, formerly of Exhumed, and Teresa Wallace of Dreaming Dead, and comes swathed in the cover art of Marald Van Haasteren (Bolt Thrower, Baroness, Necrot). The latest vinyl pressing will be limited to 600 copies in two color variants: grimace purple and black and cyan blue. 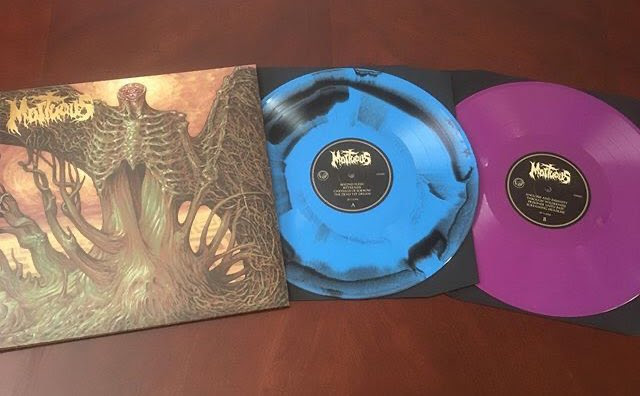 For orders, visit the Carbonized Records Bandcamp page HERE or Storenvy HERE. Through Wilderness will be available internationally through Dawnbreed, Extremely Rotten, and Me Saco Un Ojo.
Stream Through Wilderness at THIS LOCATION.
MORTUOUS was forged in San Jose, California in 2009 from the ashes of guitarist Colin Tarvin’s previous project Funerealm. Tarvin began writing music in the vein of Incantation, Autopsy, and Viogression with lyrics centered heavily on philosophical views on death and anti-technological themes. Later that year he released the Mors Immortalis demo on Skeleton Plague Records which received praise and recognition throughout the underground death metal community. By 2010, MORTUOUS had a full lineup which included former Exhumed members drummer Col Jones and guitarist/vocalist Mike Beams as well as vocalist Al Tarvin-Kibler, and bassist Nick Scarboro. In 2013, the band parted ways with Tarvin-Kibler and Scarboro and recruited bassist Clint Roach. Drummer Chad Gailey of Necrot joined the fold that following year completing the band’s current incarnation.
In November of 2016, MORTUOUS entered Earhammer Studios with Greg Wilkinson to record their debut full-length, Through Wilderness. The record was released in June 2018 through Carbonized and Tankcrimes Records in the United States with Dawnbreed and Extremely Rotten Productions handling the European edition. In September of 2018, MORTUOUS released a split 7″ with Scolex which made its debut at Kill-Town Death Fest VI: The Resurrection. In 2019, the band unleashed another split 7″ with Deform and made a few appearances at festivals such as Eternal Warfare, California Deathfest, Kill-Town Death Fest VII, and Decibel Metal And Beer Fest: Los Angeles. Earlier this year, the band release their long out-of-print Among The Lost and Mors Immortalis demos on CD via a joint partnership between Carbonized Records in the United States and Triumvirate Of Evil in Colombia.
“…filthy death metal of the highest order…” – Decibel
“…dynamically paced, vocally monstrous, melodically memorable, and both gruesome and fiery in its execution (the soloing alone should heat your blood to the boiling point).” – No Clean Singing on “Bitterness”
“…a superb first album by a band that has only released a few demos at this point. The guitar work is heavy and unrelenting, the leads and solos are blistering, the drumming is tight and hard-hitting, and the vocals are in the classic, guttural death metal growl.” – No Echo
“…an admirable debut well worth hearing.” – Grizzly Butts
“…rotting death metal done by rotters who understand how important it is to have rotten things in your life.” – Last Rites 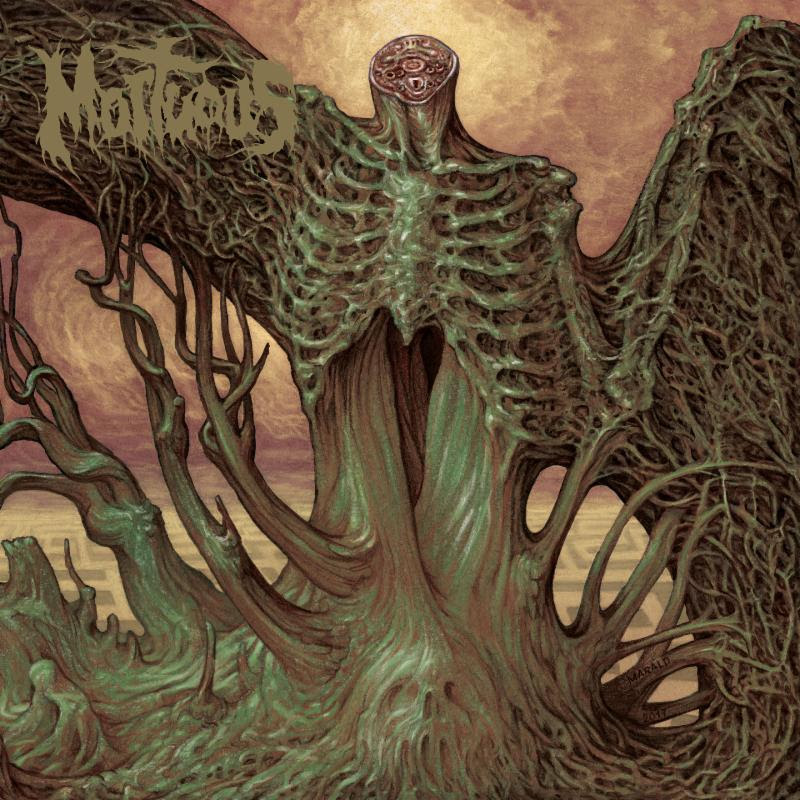 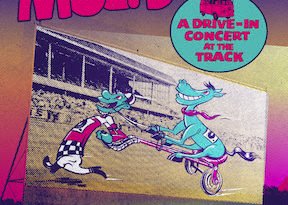 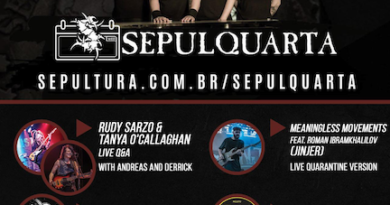 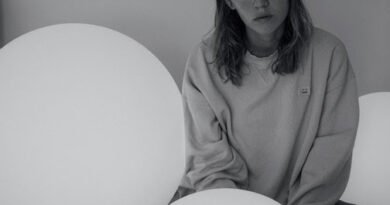