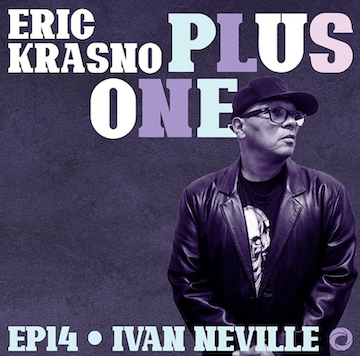 Uncategorised
13th July 2020 Rob Cella 408 Views
ERIC KRASNO PLUS ONE FEATURES EXCLUSIVE CONVERSATIONS
WITH WIDE RANGE OF MUSICAL ICONS AND LEGENDARY ARTISTS
ERIC KRASNO PLUS ONE WITH IVAN NEVILLE
VIA APPLE PODCASTS, SPOTIFY, AND OSIRIS MEDIA
“I’ve found beauty in that nervousness. In that human feeling, of feeling uncomfortable. You know, being somewhat comfortable being uncomfortable.”
– Ivan Neville
Ivan Neville joins award-winning guitarist/producer Eric Krasno on his special new podcast series. Presented by Osiris Media, ERIC KRASNO PLUS ONE sees the renowned musician hosting a one-of-a-kind interview series exploring the lives and work of some of his closest friends and musical collaborators.
In this episode, Kraz talks to Ivan Neville, a singer, songwriter and multi-instrumentalist known for his work with his band, Dumpstaphunk, The Neville Brothers and The Rolling Stones. They talk about the history of his musical family and growing up in New Orleans surrounded by some of the greatest musicians alive. Ivan tells Kraz about being in the studio with The Stones and unexpectedly playing bass, his struggles to get sober, and how he’s adjusting during the pandemic.
At the end of the episode, you’ll hear “Justice,” by Dumpstaphunk.
Upcoming Episodes of Plus One include Billy Strings, Phil Lesh, Allen Stone, Don Was, and more.
This podcast is available on Apple Podcasts, Spotify, or wherever you get your podcasts. And please check out the podcast Festival Circuit: New Orleans, a new podcast about the music of New Orleans and the jazz fest from Osiris Media.
About Ivan Neville:
Ivan Neville was born in New Orleans and is an accomplished multi-instrumentalist, songwriter, and singer. He first started playing in a band in 1977 and as a teenager, joined his father and uncles in the nascent Neville Brothers, serving as third keyboardist, along with Art Neville and Gerald “Professor Shorthair” Tillman.
Though he has performed often with the Neville Brothers, he established himself as a go-to studio and touring musician. He was a member of Bonnie Raitt’s band and has performed with artists including the Rolling Stones, Don Henley, Paula Abdul, Robbie Robertson, Rufus, Delbert McClinton, and more. He was also a member of Keith Richards’ X-Pensive Winos. Neville and his cousin, Ian Neville (son of Art Neville) formed the band Dumpstaphunk in the early 2000s.
About Eric Krasno:
For nearly two decades, Krasno has been an omnipresent figure in popular music, from his virtuosic, innovative guitar playing with Soulive and Lettuce (both of which he co-founded) to his GRAMMY® Award-winning work as a producer and songwriter for artists like Norah Jones, Tedeschi Trucks, 50 Cent, Talib Kweli, Aaron Neville, and Allen Stone, to name but a few. As if that weren’t enough, the New York-based artist has proven an invaluable session player and touring musician alongside the likes of the Rolling Stones, Dave Mathews Band, John Mayer, Oteil & Friends, and The Roots.
Along with their work together on stage and in the studio, Krasno has spent countless hours sharing stories with these incredible artists and these intimate moments have become some of his most cherished memories. ERIC KRASNO PLUS ONE now allows fans everywhere to join behind-the-scenes conversations, with topics spanning early inspirations to discussions about the state of the music industry, the challenges of life on the road, and much more. For music, upcoming tour dates, and additional information, please visit www.erickrasno.com.
Eric Krasno Plus One is presented by Osiris Media. All original music by Eric Krasno. Executive Producers are RJ Bee and Christina Collins. Audio Production by Matt Dwyer. Produced by Ben Baruch of 11E1even Group.
EPISODES
Ep 1: Dave Matthews (OUT NOW)
Ep 2: Laura Lee (OUT NOW)
Ep 3. Marcus King (OUT NOW)
Ep 4: Chris Robinson (OUT NOW)
Ep 5: Emily King (OUT NOW)
Ep 6: John Mayer (OUT NOW)
Ep 7: Mac Ayres (OUT NOW)
Ep 8: John Scofield (OUT NOW)
Ep 9: Alan Evans (OUT NOW)
Ep 10: Derek Trucks (OUT NOW)
Ep. 11: Questlove Part 1 (OUT NOW)
Ep. 12: Questlove Part 2 (OUT NOW)
Ep. 13: Adam Deitch (OUT NOW)
Ep. 14: Ivan Neville (AIRS TODAY)
Ep. 15: Billy Strings
Ep. 16: Don Was
Ep. 17: Allen Stone
Ep. 18: Cochemea
Ep. 19: Dominic Lalli (Big Gigantic)
Ep. 20: Phil Lesh
Ep. 21: Nigel Hall
Ep. 22: Danny Mayer
Ep. 23: Jeff Bhasker
AND MORE TO BE ANNOUNCED
Share This Post: 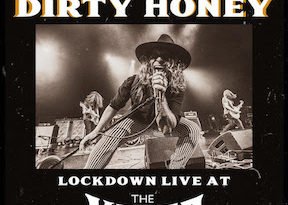 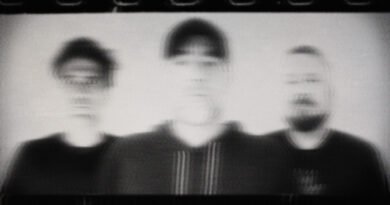 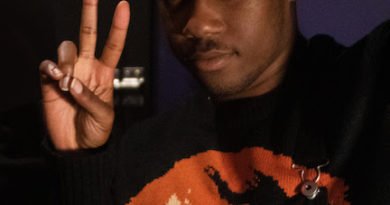 NECK DEEP RELEASES NEW SONG + VIDEO “I REVOLVE (AROUND YOU)”