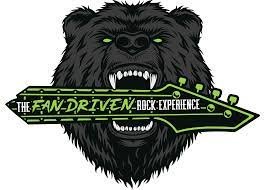 After months of immense build up with insane band announcements, all kinds of killer upgrades and a new venue location, this year’s Blue Ridge Rock Festival is shaping up to be bigger and better than any other in the festival’s history.  Virginia International Raceway would be the site for this year’s musical madness and as I walked around the grounds before the crowds got in, with the exception of the steep terrain in some cases, the overall layout had improved over last year’s festival.  The side by side main stages was another positive change from last year, following suit with other major festivals and making it convenient for fans to watch bands without too much travel.  But to make it to the URW and Fan Driven Stages, you better tie those shoes tight, because you were going on an adventure.

As you pass the I Heart Support Stage, it would not be long before you approach the most treacherous element you would face for the next four days. “The Hill” as it would be coined before the conclusion of even the first day, would be your obstacle in the journey to either side of the venue.  The trek would be long and hard in most cases.  But the light at the end of the tunnel would be a recurring theme.  And that is getting to watch the most amazing bands in the world.  As the floodgates opened just after 1130, fans began rushing through the fields as they took in the sites around the venue and staked their ground throughout the fields.  And for those who have made their way in, they wouldn’t have to wait long for the festivities to commence.

The festival would officially kick off with multiple hard rock acts like Smile Empty Soul, Sleep Token and Plainview scattered amongst the five stages.  A highlight of the early after wave of bands would no doubt be the heavy hitting five piece from Austin, Texas Fire From The Gods on the ZYN Stage.  Their unique blend of metal, soaring melodies with a splash of reggae flare and won the crowd over immediately with their high energy and crushing songs.  On the other side of the grounds, metalcore legends Unearth begin their seven string assault on fans at the URW stage. Unleashing brutal fan favorites like This Lying World, The Great Dividers and of course Black Hearts Now Reign.  Then it was a full on sprint back to the XZN Stage, because we were about to get the first of many reunion sets of the festival by none other than the great Shadows Falls.

The metalcore icons hit the stage to an incredible ovation under the familiar intro to their famous The Light That Blinds.  As soon as the band explodes, Singer Brian Fair’s infamous dread lochs spin through the air like six-foot tentacles.  The energy was amazing and it only grew as Fair jumped off stage and made his way down to the barricade to sing face to face with the crowd.  The chaos erupted in the pits as they unload on the crowd with an amazing setlist including  Destroyer of Senses, Of One Blood and What Drives the Weak.  Mid-day brought so much talent to the stages you found yourself in one moral dilemma after another.  The musical predicament would have fans running to different stages to catch acts like Red (URW), Palisades (Fan Driven), Vampires Everywhere (HeartSupport).

But for fans that stayed put at the Monster Energy Stage and ZYN, they would not be disappointed with keeping their spots.  Following Shadows Fall, the attention would swing left to the ZYN Stage for the always entertaining Pop Evil.  They would hit the ground running with Eye of the Storm, Deal With the Devil and Let the Chaos Reign.  The band made an impression at last year’s festival when Frontman Leigh Kakaty stood on the shoulders of fans as he sang flawlessly.  History would repeat itself as Kakaty perched himself up on the fans once again for an unforgettable performance of Trenches.

Next up would be one of the fastest growing bands in the business with Spiritbox.  Armed with ex-As I Lay Dying Bassist Josh Gilbert, the band storm the stage and drop Circle with Me on the fans like a bomb.  Courtney LaPlante’s multi-range vocals delivered such an angelic yet brutal display.  The next reunion band hand fans flooding over to URW as Kittie would make their first appearance in five years.

I can’t lie.  It was pretty surreal standing there and seeing Morgan Lander at the mic with her Flying V and seeing her sister Mercedes behind the kit right behind her.  They would kick their set off with ferocity and light it up in the pit immediately.  For fans that would decide to keep their spots rather than migrate to another stage.  They would be treated to a masterclass of old school metal and classic head banging with the legendary Cannibal Corpse.  To take the mood and feel to a totally different place, let’s head back to the ZYN Stage where Daughtry delivered a moving and surreal performance.  He had the crowd completely enamored with songs like World on Fire, Changes Are Coming and Heavy Is the Crown which put his vocal ability on full display.

The next two time slots would cause a bit of a divide. Thrash legends Anthrax were due up on the Monster Energy Stage at 8:20pm.  But then you had Gangsta Rap icon Ice Cube performing five minutes earlier on the pilgrimage back to the URW Stage.  I decided to make the journey back across the entire fairground and I am definitely glad that I did.  Ice Cube commanded that stage and fans with hits like Friday, We Be Clubbin’ and one of the biggest songs of his set, Straight Outta Compton.

In This Moment has always been known for their live shows and all of the exciting elements that they bring.  They would light up the skies with towers of pyro bursts as Maria Brink absolutely captivated the crowd with intricate costumes and hypnotizing choreographed movements.  They paired their incredible visual elements with killer tunes like Burn and Sick Like Me.  But it would be their epic finale with Whore that would slap the exclamation point on their set.  As big name acts like Stone Temple Pilots and Jelly Roll had the crowd scattered around the festival.

But tonight’s headliner Ghost would draw the crowds back to the Monster Energy Stage for what would be treated to an amazing performance.  As Papa Emeritus IV and his Ghouls would lead the charge through a staggering fourteen song set that would bring Day 1 to an impressive close.  With the stage designed as the interior of a church, Emeritus’ sermon would cover a plethora of Ghost’s musical pslam’s like Devil’s Church, Ritual, Year Zero and Square Hammer.  And as the confetti still floats in the air it was a glimmering reminder that Day 1 had officially come to a close.  The lineup for Day 2 had already had fans drooling at the mouth and lucky for them, they wouldn’t have to wait long. 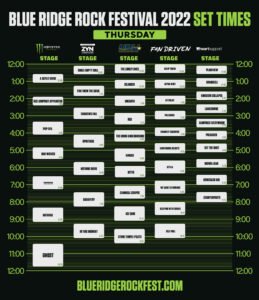 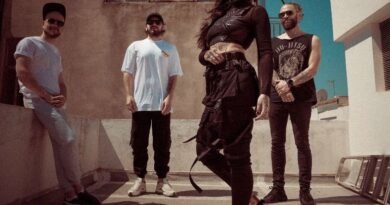 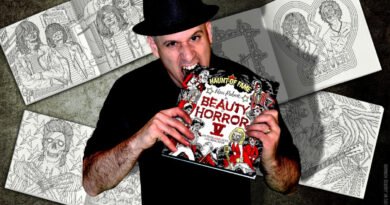 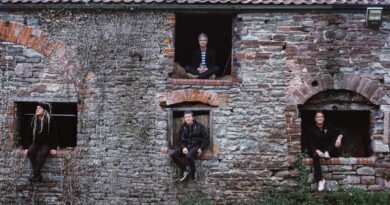 AGAINST THE GRAVE Release Official Music Video for “Killing Us Slowly”