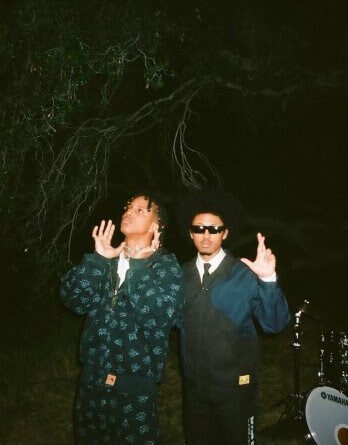 ON TOUR IN NORTH AMERICA & EUROPE THIS SPRING & SUMMER 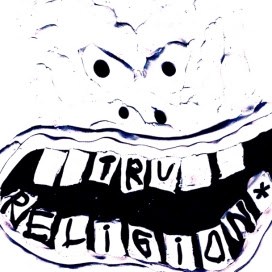 “The Youthful, Disruptive Rap Band You Need To Know” – Uproxx

On the track, which was made in collaboration with Junior Varsity and co-produced by Jackson Shanks, a clean guitar riff wraps around soulful vocals. Once the beat kicks in, the group lead by Baby Boy and Jody Fontaine lean into a head-nodding groove before the hook takes flight on distortion straight out of a nineties anthem. The chorus rings out, “It feels so good, so good, don’t it?”

“Jackson Shanks had the full true religion fit on in the studio,” says Jody. “Only thing missing was the hat. Feels good, don’t it?”

In the accompanying visual, co-directed by AG Club members Ivan Collaco (CAJH) and Manny Madrigal (777media), the guys perform in the woods at night, delivering a festival-worthy rendition of the song before indistinguishable “blank canvases” (bald figures in white paint, briefs, and nothing else) encircle them.

It’s a vibe of its own—like everything they do.

As always, it continues an overarching thread strung together through the collective’s conceptual songwriting, content, and shows. The music draws from their perspectives as well as those of friends and fans. Those blank canvases in the official music video double as the result of trying to be like somebody else, only to end up the same as everyone else.

The message from AG Club stands as follows: Be yourself.

AG Club just concluded a West Coast tour with Denzel Curry. Among many highlights, they “SPLIT THE PIT,” and Denzel referred to it as “an insane live show you have to look out for!”  Watch on TikTok.  Next up, they’ll perform at a handful of colleges and festivals stateside before heading across the pond to Europe. They hit University of California Riverside (UCR) on May 14 and roll through major North American markets, including a stop at the Lyrical Lemonade Festival in Chicago on June 14. On June 23, they touch down in Europe in Amsterdam, Netherlands at Paradiso Noord with dates including the Wireless Festival at Crystal Palace in London, UK on July 3. Stay tuned for more shows to be announced soon.

“Tru Religion” arrives on the heels of “Mr. Put It On.” Right out of the gate, the latter gathered 1.2 million Spotify streams and 413K YouTube views on the music video. Earning critical acclaim, HotNewHipHop hailed it as “an angsty, catchy adrenaline rush of a song,” and Attack The Culture added, “when you have a song and music video hitting as hard as ‘Mr. Put It On’ does, you can’t help but give it prime time positioning.”

AG Club have incited widespread acclaim since the release of their EP Halfway Off The Porch in 2020, which includes their breakthrough single “Memphis.” The headlines don’t lie. Highsnobiety raved, “AG Club is redefining the boy band,” and Complex exclaimed, “AG Club: Keeping the DIY Spirit Alive in Music.” i-D crowned them “the Bay Area music collective you wish you could join,” and FLAUNT noted, “AG Club / Not your average hip-hop group.” UPROXX also dubbed them, “The Youthful, Disruptive Rap Band You Need To Know,” while Pigeons & Planes named them a 2021 Artist to Watch. They packed dates on their 2021 headline run, “Fuck Your Expectations” Tour, and graced the bills of Lollapalooza, Day n Vegas, and more. Between Halfway Off The Porch and 2021 2-part album Fuck Your Expectations PT. 1 & 2, they’ve collaborated with names like A$AP Ferg, NLE Choppa, ICECOLDBISHOP and more.

It all paves the way for the group’s anxiously awaited 2022 project, their first album to be released in partnership with Epic Records.

Get ready for more from AG Club very soon. 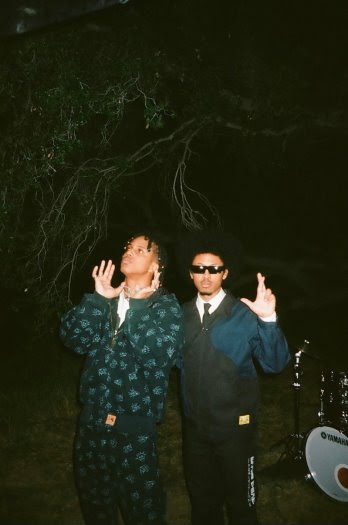 More heads will always be better than one. Just ask AG Club. Short for Avant Garde Club, the Bay Area collective is fronted by the rapper-singer duo of Jody Fontaine and Baby Boy, who practically finish each other’s sentences on tape and in conversation. With 14 members across different art disciplines– from musicians to filmmakers, content creators, photographers, and designers—they pour their respective talents into the kind of bond dynamic collectives are traditionally made of, yet there’s nothing traditional about them. They’ll drop an impenetrable hip-hop banger, only to flip the script with an arena-ready rock anthem. Jody Fontaine is hyper, hilarious, lyrical, and visionary, and Baby Boy is quiet, creative, and equally visionary. AG Club are undeniable, unrelenting, and unfuckwittable. On the heels of their first track “Flowers,” they posted the video for “Ay, G” and gained traction on YouTube. Their Halfway Off The Porch EP followed in 2020, igniting the breakthrough single “Memphis.” UPROXX hailed them as “The Youthful, Disruptive Rap Band You Need To Know,” and i-D went as far as to christen them “the Bay Area music collective you wish you could join.” Pigeons & Planes pegged them as an “Artist to Watch” for 2021. In the wake of their two-part album Fuck Your Expectations PT. 1 & 2, they sold out gigs coast-to-coast on the “Fuck Your Expectations” Tour and ignited festivals such as Day n Vegas and Lollapalooza, and found themselves highlighted in The New York Times. Not to mention, A$AP Ferg, NLE Choppa, and ICECOLDBISHOP have all pulled up for collaborations with AG Club. The musical group itself would just be Jody and Baby Boy, but they also launched the larger collective AGCNSF, including various creators. After a string of independent releases over the past few years, which saw them generate millions of streams and considerable critical praise, the group’s irreverent and inimitable vision comes to life on their 2022 full-length for Epic Records. 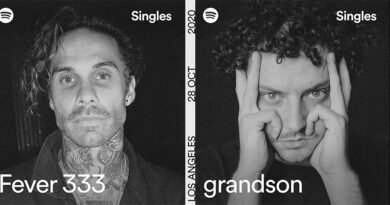 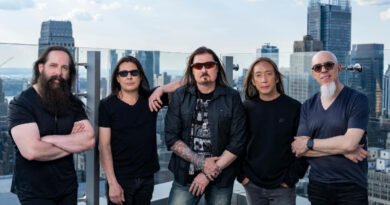 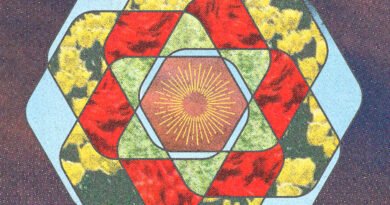