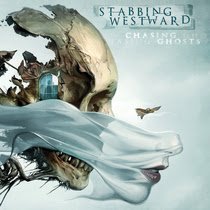 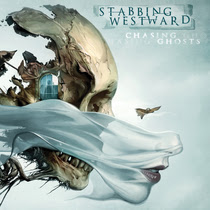 As the anticipation grows for the brand-new Stabbing Westward album Chasing Ghosts to be released – the band’s first new LP in more than 20 years – the four-piece gives another taste of the new music with their latest single, “Ghost.”
Hear “Ghost” and purchase the limited-edition single release here:
https://stabbingwestward.bandcamp.com/album/ghost
Fans who buy the physical or digital edition of the single will be gifted with several additional tracks including remixes of “Ghost” lead by Stabbing Westward frontman Christopher Hall and Assemblage 23 along with a reworking of early hit “Why,” from 1996 RIAA Certified Gold album Wither Blister Burn & Peel. 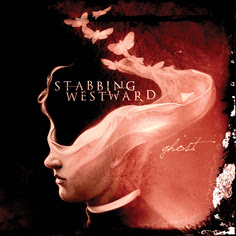 “Ghost” is from the new album Chasing Ghosts that will be out March 18, 2022 via COP International Records. It features 10 tracks that showcase the industrial rock band’s characteristic sound with a modern sheen that picks up right where they left off with their last full-length in 2001. With the new tracks, Stabbing Westward has not only managed stay true to their original sound, but also expanded it to fit the frantic new reality of the 21st century.
“Ghost” follows the single “I Am Nothing” that was released in November 2021, with Loudwire saying, “20 years later, [Stabbing Westward] are back in the studio making the same intense electro-goth bangers they were doing two decades earlier. Now, the compressed crunchy guitar riffs, steady pounding beats, and signature wail of singer Christopher Hall highlight a tension that seems to fit perfectly this day and age.”
Chasing Ghosts will feature brand-new songs as well as re-workings of the band’s acclaimed 2020 reunion EP Dead And Gone that finds original founding members Christopher Hall (vocals/guitar) and Walter Flakus (keyboards/programming) honing in on the incredible partnership that once produced a string of hits that dominated alternative radio and film soundtracks, including “Shame,” “Save Yourself” and “What Do I Have to Do?” – and resulted in two Certified Gold records.
To recreate that original chemistry, the band recruited the legendary producer John Fryer to again helm Chasing Ghosts. Fryer, whose production credits include Depeche Mode, Nine Inch Nails, 4AD, Cocteau Twins and Love and Rockets, originally worked with Stabbing Westward on their best-selling early releases Ungod (1994) and Wither Blister Burn + Peel (1996). Chasing Ghosts was also mastered by Tom Baker who, like Fryer, worked with Stabbing Westward on their early releases and is part of the reassembled production team on the latest album. The current Stabbing Westward band lineup also includes Carlton Bost (guitars and programming) and Bobby Amaro (drums).
Presales for Chasing Ghosts are on sale now here:
https://stabbingwestward.bandcamp.com/album/chasing-ghosts-2
With artwork by David Seidman (who has worked with Coheed And Cambria and is known for his ethereal and surrealistic imagery), formats include digital, 6-panel digipack CD, and limited-edition vinyl including a run of 2,000 double-gatefold 180gr black vinyl with an additional insert. Exclusive limited-edition merch will also be announced soon.
The full track listing for Chasing Ghosts is as follows:
In addition to recently being covered in Loudwire, Consequence Of Sound, Revolver, SPIN, Bloody Disgusting and other top media outlets, Stabbing Westward has been receiving rave reviews for their latest material:
The Dead and Gone EP ultimately proves how memorable Stabbing Westward’s industrial rock can be, and it serves as a teaser for a looming full-length album that many are anticipating… they sound just as passionate and exciting as ever.” —Blabbermouth
For both casual listeners and ardent fans of the group, the fire is raging inside Stabbing Westward as the collective enjoys this new chapter in its history.
—MXDWN
Stabbing Westward have done themselves proud with the Dead and Gone EP. It whets the palate and excites the senses, reminding fans that this band are still making vital and fresh new music—and it’s totally worth the wait! Dead and Gone is the promise that Stabbing Westward are back with a fiercely infectious vengeance!
—Cryptic Rock 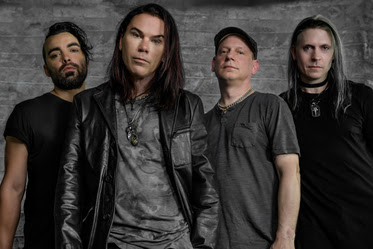 Stabbing Westward by Erica Vincent
About Stabbing Westward
Blending the scathing electronics of underground industrial/rock with the emotive melodies of goth and a decidedly radio-friendly sensibility, Stabbing Westward rose to great heights in the mid-‘90s alternative boom. Formed in 1986 by Walter Flakus and Christopher Hall, the band went from underground cult sensation to the heights of critical and commercial success thanks to such songs as “Shame,” “Save Yourself,” “So Far Away” and “What Do I Have to Do?”. To this day, these songs remain anthems of heartache, dejection, rage, betrayal and depression.
With two Gold albums and numerous hit singles, Stabbing Westward fell from grace with the 2001 self-titled album amid personal and professional turmoil, disbanding the following year and leaving a void in modern music that was somewhat filled by Hall’s later work in The Dreaming. However, it was the release of that band’s Rise Again in 2015 that the seeds were sown for a reunion. That album saw Flakus once again making music with Hall, with Stabbing Westward guitarist Mark Eliopulos joining The Dreaming onstage in Chicago for a set of past hits. In 2019, Hall and Flakus came together again to release the Dead And Gone EP, the first new Stabbing Westward material in 18 years. Written and produced by Flakus and Hall over the course of three years, and recorded in multiple states and time zones, these new songs capture the very essence of the Stabbing Westward sound. Adding longtime bandmate Carlton Bost (Orgy, Deadsy, The Dreaming) and new drummer Bobby Amaro (Orgy) to the official lineup, the band has also once again recruited the talent of producer John Fryer—instrumental on early albums “Ungod” and “Wither Blister Burn + Peel”—for a new album, Chasing Ghosts to be released in early 2022 through a new partnership with COP International.

About COP International
The year 2022 will be an exciting one for COP International, coming off their 30th anniversary in 2021 and with ambitious plans for its expanding roster of artists, already including Stabbing Westward and Azam Ali, as well as Blackcarburning, Black Needle Noise, Chiasm, Deathline International, GW Childs IV, Junksista, Johnny Tupolev, Rohn-Lederman, Vaselyne, Sick Jokes and Suicide Queen. The label reached a turning point in 2020, teaming up with legendary producer John Fryer to form a production company under the COP International umbrella. Fryer is producing and engineering the majority of the forthcoming COP catalog and also working as A&R in helping to select appropriate acts. “The level of craftsmanship, artistic talent and meticulous attention to detail is what sets John’s work a world apart,” says COP International founder Christian Petke. “When we first started talking, I brought up John’s relationship with 4AD where he was the principal engineer and producer. This is exactly what we have in mind for this collaboration. Our philosophy is quite simple: Find exceptional talent, don’t limit ourselves or the artists, and build momentum based on the excellence of the releases. We have signed a couple bands that have major chart potential based on previous entries, and we are very excited about our projects for this year.Another thing that is rather important to us is the level of closeness and mutual appreciation we have between the label and the artists. COP provides a nurturing environment that allows them to focus on their craft. We support and shield them and provide the business machinery that will develop their full potential. Both John and I are artists as well and that helps tremendously to build a bridge between the world of pure art and commerce without sacrificing the individual vision”
https://www.copint.com/
Find Stabbing Westward Online
Facebook: https://www.facebook.com/stabbingwestwrd
Instagram: https://www.instagram.com/stabbingwestward
YouTube: https://www.youtube.com/channel/UCDSEWAjgbzSaEIdbeCOJWXw
Share This Post: 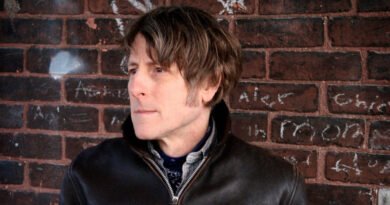 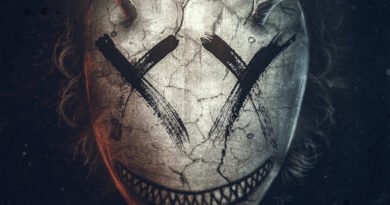 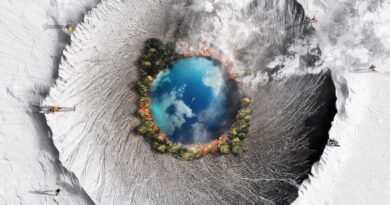