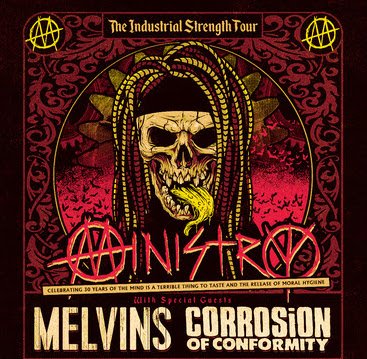 Ministry Move Upcoming Tour Dates To 2022
Beginning March 2022, Show Dates To Celebrate
30 Years of The Mind Is A Terrible Thing To Taste &
Debut Songs From New Album Moral Hygiene,
Out October 1 Via Nuclear Blast
The Melvins & Corrosion Of Conformity
Join The Bill As Special Guests
Tickets On Sale Now
More Dates To Be Added & Announced Soon
Out of an abundance of caution for the health and safety of the band, fans and venue staff, Ministry’s upcoming tour – scheduled to kick off in October – has been moved to March and April 2022.
The Melvins and Corrosion of Conformity will now appear on all show dates as the tour’s special guests.
Each show date will celebrate 30 years of Ministry’s landmark album The Mind Is A Terrible Thing To Taste as well as debut new songs from the forthcoming 15th studio album Moral Hygiene, out October 1 via Nuclear Blast Records.
Tickets are on sale now with the exception of the St Paul, Montclair and Huntington dates that will go on sale at 10 am local time on Friday, October 1.
Due to scheduling changes, some of the original show dates have regrettably been canceled as some venues are not available for this updated time period; as well, some new show dates have been added. All tickets will be transferred to the new dates. More show dates will be added to this tour and announced soon.
The full rundown of updated tour dates are as follows:
*Moved to larger venues due to popular demand
March 2022
6    Baltimore, MD @ Baltimore Soundstage
8    Huntington, NY @ The Paramount
9    Philadelphia, PA @ Franklin Music Hall
12  Montclair, NJ @ Wellmont Theater
15  Boston, MA @ House of Blues
16  Buffalo, NY @ Buffalo Riverworks
22  Atlanta, GA @ Tabernacle
23  Orlando, FL @ Hard Rock Live
26  Dallas, TX @ Amplified Life
28  San Antonio, TX @ Aztec Theater
29  Houston, TX @ House of Blues
31  Chicago, IL @ Riviera
April 2022
1    Cleveland, OH @ The Agora
3    Royal Oak, MI @ Royal Oak Music Hall
5    St Paul, MN @ Palace*
9    Albuquerque, NM @ Sunshine Theater
10  Denver, CO @ Mission Ballroom*
12  Phoenix, AZ @ The Van Buren
13  Anaheim, CA @ House of Blues
14  San Diego, CA @ House of Blues
16  San Francisco, CA @ Warfield
18  Seattle, WA @ Showbox SoDo
For tickets and more information, visit www.ministryband.com/tour. 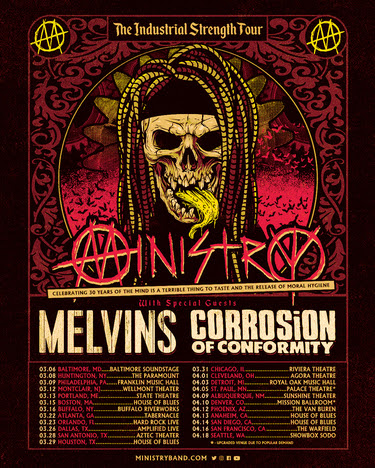 ABOUT MINISTRY
Born in 1981 in Chicago, Ministry has been the lifetime passion project of founder Al Jourgensen, considered to be the pioneer of industrial music. In its early days, Ministry was identifiable by its heavy synth-pop material in line with the new sounds and technology that were being developed in the ‘80s. Ministry’s output began with four 12” singles on Wax Trax! Records in 1981 before the first LP With Sympathy in 1983 via Arista Records. As time progressed however, so did Ministry, quickly developing a harsher, and more stylized sound that the band soon became infamous for on seminal albums Twitch (1986), The Land of Rape and Honey (1988), and The Mind Is A Terrible Thing To Taste (1989). With the release of Psalm 69: The Way to Succeed and The Way to Suck Eggs (1992), Ministry hit an all-time high in the mainstream musical realm and received its first Grammy nomination. In total, Ministry has been nominated for a Grammy award six times. Eight more albums would follow before an indefinite break in 2013, only to be unearthed again in 2018 with AmeriKKKant, continuing to reflect Jourgensen’s views on the frightening state of society and politics. Today, Ministry continues touring and recording with the brand-new 15th studio album Moral Hygiene to be released October 1.
Find Ministry Online
Website: www.ministryband.com
Facebook: www.Facebook.com/WeAreMinistry
Twitter: www.Twitter.com/WeAreMinistry
Instagram: www.Instagram.com/WeAreMinistry
Share This Post: 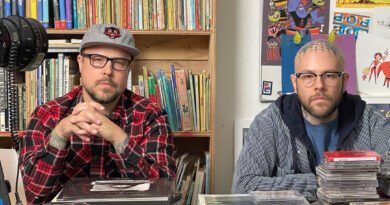 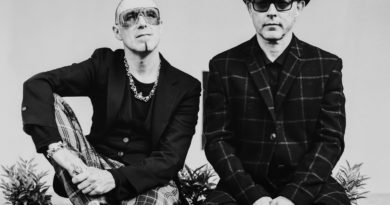 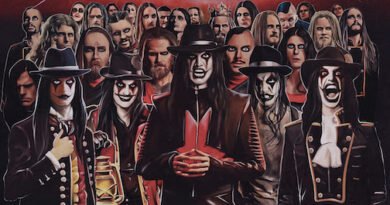