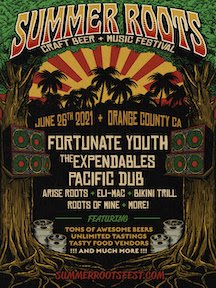 Along With Craft Beer Tasting From Top Breweries In The Region

Brew Ha Ha Productions has announced their latest craft beer and music event: Summer Roots Craft Beer & Music Festival. This brand new festival promises to be the perfect kick-off to summer, bringing feel good vibes and great music to Southern California. The event will take place on Saturday, June 26 at Oak Canyon Park, next to Irvine Lake in Orange County, CA, and will feature music from staple California reggae and surf rock acts, including Fortunate Youth, The Expendables, Pacific Dub, Arise Roots, Eli-Mac, Bikini Trill, Roots Of Mine and more to be announced. Additionally, the event will feature unlimited craft beer tastings (for those 21+ with a tasting pass), a wide selection of food (including vegan options) available for purchase from local food trucks and vendors, as well as the Golden State Cigar Lounge.

General Admission tickets for Summer Roots Craft Beer & Music Festival start at $39 (plus fees), VIP tickets start at $99 (plus fees) and Craft Beer Tasting Passes are available for an additional $5 (plus fees). Visit www.SummerRootsFest.com for details and to purchase tickets.

VIP tickets will provide four hours of unlimited craft beer sampling (for those 21+) beginning at Noon, and access to the VIP lounge, which includes shaded areas. A very limited quantity of VIP Cabana Tickets are also available and offer access to a premium 100 square foot elevated viewing deck with 6 VIP event passes, a furnished lounge with couches and chairs, complimentary beer, cider & seltzer, waitress service dedicated to the cabanas, plus all other VIP perks.

General Admission doors open at 1:00 PM and attendees 21+ with a tasting pass will enjoy three hours of craft beer sampling.

As always, the health and safety of festival patrons is of utmost importance. Festival producers are working with local health authorities to ensure that the event is safe and in compliance with all local regulations. 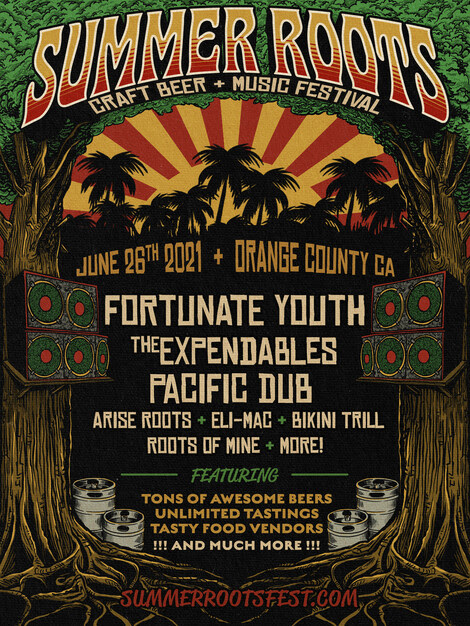 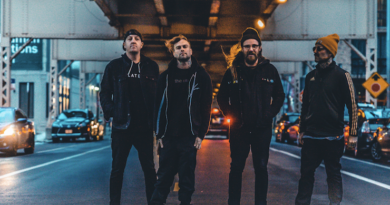 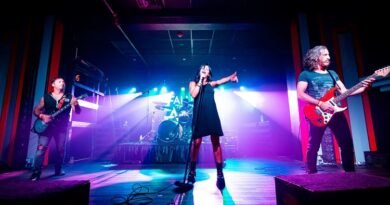 FALLING THROUGH APRIL Announce WORLDS AWAY 2022 Tour Dates with HAZEN!