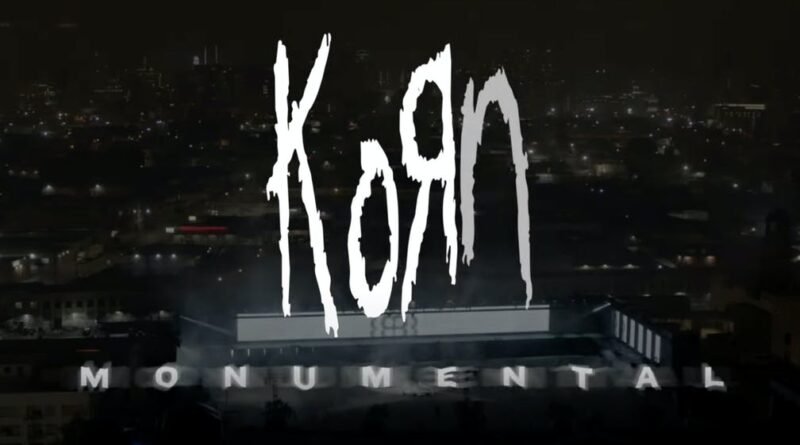 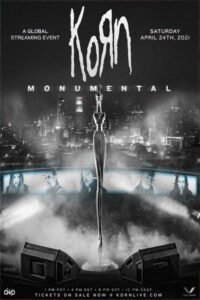 In twenty seven years many different bands have come and gone.  And in that time very few have been as inventive, raw or as iconic than Korn.  The band took the world by storm in 1994 with their legendary self-titled album and with that, the very fabric of metal would be forever changed. But it would be the bands 3rd album Follow the Leader that would rewrite the playbook and change the face of commercial success in the music industry.  Through out the years Korn has always taken their music to another level with each album, wether it be sonically, lyrically or through their visual conceptions.  But tonight, Danny Wimmer Presents will literally take the band and their talents to new heights, as the stage is set high above the city of the City of Angels for Korn’s Monumental Global Event.

With the twinkling of lights from the surrounding high rises and office building setting the backdrop to an already impressive skyline, the screen begins to fade to white.  Using the city as a background we begin to catch glimpses of areas around this incredible stage.  We put eyes on Jonathan Davis’s recognizable microphone stand, Ray Luzier’s monstrous drum kit and guitar pedals neatly aligned across the steel floor.  Under the circus themed intro, the band silhouettes can be seen walking against the white wall of the massive projection screen stationed behind the stage as the lighting strobes into the black sky.  As the camera pans back we get a breathtaking shot of the illuminated roof top of the Stranger Things: Drive Into Experience in front of the shimmering city of Los Angeles.  With all 5 members in place, the calm subsides and Korn drop into the tremor like beat of “Victimized“.

Off of the bands 2013 album The Paradigm Shift, this crushing riff driven song would make its first live appearance and did all but blow out the glass of the very building they are playing on top of.  Jonathan Davis’s vocals sounded amazing with more power and ear splitting range than I’ve ever heard it before.  This is also the first time we get to see the full magnitude and detail of the lighting and LED panels bordering the roof top.  This is a stage rig you would see in most high end arena shows with the awesome lighting around and even under the stage, providing pillars of light around the band.  As the performance carries on the lyrics are projected on the screens like Time Square while stunning graphics fill in around them.  All of this to take in with just the first song already has me bitting at the bit to see what is coming up next.

Following lyrical machine gun “Cold” and the savageness of “Insane“, Korn serve up a familiar tune off of their 1999 album Issues with “Falling Away From Me”.  With the Korn logo surrounded by fluid graphics occupying the main display Brian “Head” Welch’s intro notes ring out high into the California sky.  As Ray Luzier counts off, Davis lets out a faded “YA!” and the band explode into the songs main riff.  Welch and James “Munky” Schaffer head bang with such fury it sends their dreads waving through the air like tentacles.  It’s crazy to think that song is twenty-two years ago, but it hits just as hard now as it did then.  After eleven years, the band would bring a solid track out of retirement with the melodic aggression of “Thoughtless“.  The song had a flurry of blindsiding guitar parts that had followed its more mild groove intro.  Watching Korn switch gears from low too high on the drop of a dime was impressive but hearing and watching Jonathan Davis belt out those rapid fire vocal deliveries made famous by the infamous “Twist“, is always an amazing feat.

Behind the shadows Munky stats to pick away at the filtered intro leading up to Davis belting out “FUCK ALL THAT BULLSHIT!” and igniting into “Justin”.  The band wasn’t the only thing that ignited.  It seemed that every light on that roof starting to shutter and beam as intense as the music coming off the stage.  I never thought this song got as much credit as it deserved on Follow the Leader.  The album itself was groundbreaking from start to finish and it was stacked with so many great songs that this one got lost in the mix.

In the wake of crushing rhythm section Reggie “Fieldy” Arvizu plucks away on the bass as the songs outro flows on with Munky and Head adding their own flare.  Next we’d have probably the most revered song of the set with the acclaimed “Freak on a Leash“.  This song helped take Korn to a whole other level in their career and brings back so many memories every time I hear it.  While the band lays out the opening to the song, different patterns are projected across the floor of the stage.  The band is so on point through out the song you’d have no idea it had been recorded over twenty years ago.  As the song plays out, it’s the “Da boom na da noom na namena” that triggers the gradual build.  With each passing bar Ray’s drumming grow more and more thunderous until Davis’s rageful “GO” erupts not only the brutal breakdown, but the multiple air canons around the stage.  The aerial footage showing a wide angle of the entire roof top as the columns of smoke reached as high as the surrounding buildings was nothing short of  stunning.

One thing I had been looking for during this show was something off the first album.  If figured “Blind” would probably be towards end of the set or would close it out.  But I was completely surprised to hear the heavy guitar part of “Ball Tongue” coming through my speakers.  That brutal main verse has that ability to raise the heart rate a couple beats which it clearly had done to the band themselves.  It may shock some fans that Korn had actually put this song on the shelf six years ago but what better time to knock the dust off.  The look of intensity on Head’s face as he belts out the those unforgettable background vocals only adds to the aggression behind Davis’s deep roars.  Fieldy has probably one of his most memorable bass lines on the first the first record in this song as it added some contrast those heavier riffs.  Following the Dub Step infused track “Narcissistic Cannibal” Korn would wrap up this once in a lifetime performance with the absolutely devastating “Here to Stay“.  You can feel that low end 7 string punch in your chest as the band chug away and mosh in place.  Jonathan Davis’s voice ascends from the stage as he runs through his vocal parts which come to a halt as Head begins to play his echoing leads.  Soon Munky and Fieldy lay down a heavy rhythm which serve like a ticking time bomb.  With a quick double bass hit that musical bomb detonates sending the lights, displays and more air canons into a frenzy around the band as they leave it all on the stage one last time. 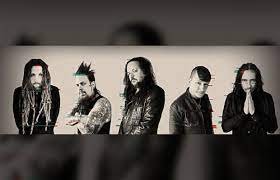 Fans would notice that there weren’t a lot of high profile song in the setlist for this show.  That’s because the band went through their catalog and selected deep dive tracks and songs that haven’t hit a stage in a while, some as far back as eleven years.  This provided a unique approach and really gave a fresh take on what you’d hear at past shows.  For seventeen songs Korn played with nothing but ferocity and emotion while delivering such an extraordinary show most will never see again.  Danny Wimmer Presents has taken us all over the country from the L.A. Forum to the Arizona desert, the iconic Sacramento Tower Bridge and now, we are nine stories in the air witnessing a concert experience like nothing before it.  DWP is a visionary production company that takes concepts and ideas to levels no one would think possible.  And if there was every an example of what they could accomplish, this event was it.  You have until 11:59pm tonight to watch Korn’s Monumental Stream Event as well as the chance to grab all your show merch.  For all info and announcements on upcoming Danny Wimmer festivals head to DWP! 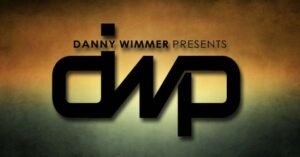 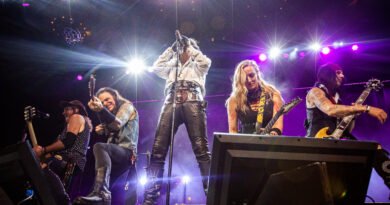 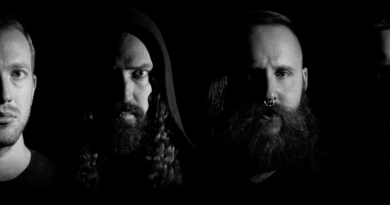 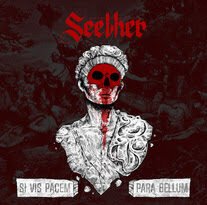