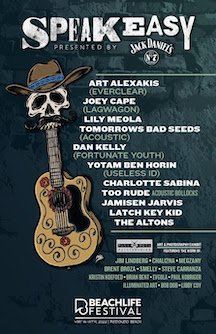 Curated By Jim Lindberg Of Pennywise,

With Intimate Acoustic Sets From

May 13-15 On The Waterfront In Redondo Beach, CA

The full music and art lineup has been announced for the BeachLife Festival SpeakEasy Stage presented by Jack Daniel’s, curated by Jim Lindberg of Pennywise. The SpeakEasy Stage will feature intimate acoustic sets from an eclectic array of artists from the rock, singer/songwriter, surf, punk, and reggae rock genres, as well as the Punk Rock & Paintbrushes popup art gallery.

Performance dates and times will be announced in the coming weeks.

Check out a video of Jim Lindberg speaking about the SpeakEasy Stage presented by Jack Daniel’s here: www.facebook.com/BeachLifeFest/videos/305305148145557

The SpeakEasy came from Jim‘s desire to break down the anonymity of a festival, and give fans a more intimate place to watch some of their favorite performers while still enjoying all the perks of a festival. Keeping in line with the festival’s focus on Southern California beach culture and support of the local community, many of the SpeakEasy music and visual artists are based in LA’s South Bay.

As previously announced, the 3rd edition of BeachLife Festival will feature an eclectic beach-focused lineup of more than 55 top music artists across the spectrum of rock, indie, jam, reggae, and more May 13-15 on the waterfront in Redondo Beach, CA.

While music takes center stage at BeachLife Festival, The Daou SideStage Experience provides foodies the opportunity to be seated onstage (literally) and served a four-course meal by celebrity chefs while their favorite musicians perform. More details will be announced soon.

Tickets for BeachLife Festival are on sale now at www.BeachLifeFestival.com.

The boutique, family-friendly destination event debuted in 2019 and focuses on philanthropy, as well as eco-friendly and sustainable initiatives. Based on the success of the 2019 and sold-out 2021 events, Forbes has dubbed BeachLife “the little festival that could.”

BeachLife Festival will follow protocol outlined by the Los Angeles County Department of Public Health to ensure COVID-19 guidelines and standards are implemented at the festival so people can enjoy a safe and healthy environment, and will update ticket buyers closer to the festival. 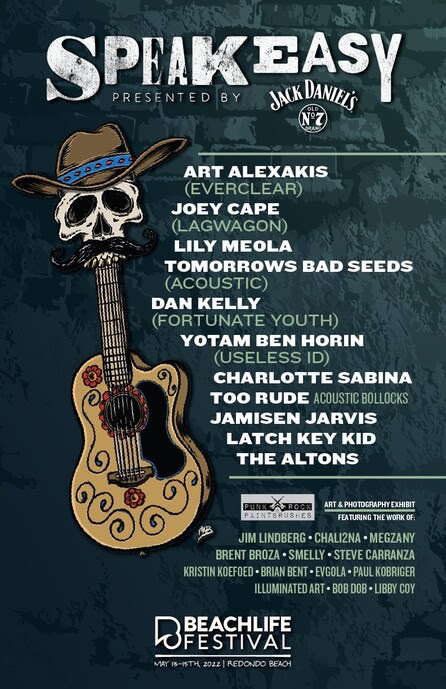 About BeachLife Festival: BeachLife Festival debuted in 2019 and is Southern California’s premier multi-day live music, art, and culinary experience, held on the beach in the South Bay of Los Angeles County. We were lucky enough to grow up in Southern California on the beach, surfing, hanging out with sand between our toes, vibing with friends and living the beach life.  Our culture celebrates the power and the beauty of the ocean and coastal resources — our waves, wind, smell of sea salt, beaches, sand, and wildlife that call this their home. BeachLife Festival features music acts on four stages, SideStage high-end dining with well-known celebrity chefs, a silent auction benefiting BeachLife’s primary charities, and multiple surf and skateboarding components. BeachLife Festival was co-founded by Allen Sanford and Rob Lissner, along with Brand Director and SpeakEasy Stage curator Jim Lindberg (Pennywise / solo artist / author). 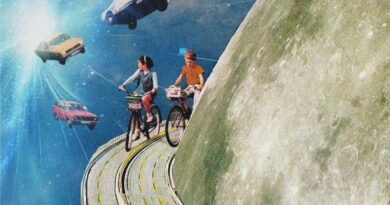 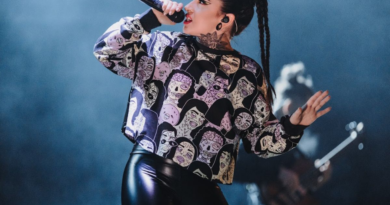 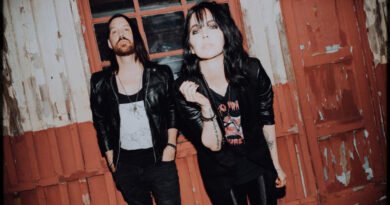 Dead Posey – Music Video for “Head Of The Snake” Out Now