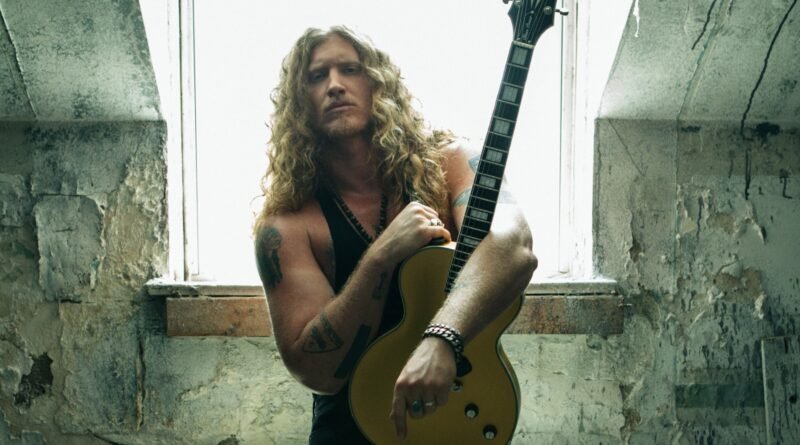 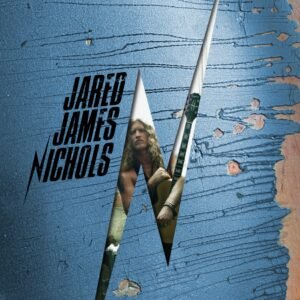 It really doesn’t take much…
With nothing more than a Gibson Les Paul slung over his shoulder, a warm amp turned all the way up, and
a hot microphone on and ready, Jared James Nichols churns out the kind of rock that rips, roars, and rolls
without filter or apology. The Wisconsin-born and Nashville-based singer, songwriter, and guitarist, who
stands at a staggering 6 foot 5 inches tall, delivers a one-two punch of gritty vocals straight from the gut
and incendiary fret fireworks. After earning widespread acclaim from the likes of American Songwriter,
Guitar World, Relix, and more, tallying millions of streams, and packing houses at countless shows, he
showcases every side of himself on his 2023 self-titled third full-length offering, Jared James Nichols[Black
Hill Records].
“You have to strip yourself back so many times to figure out what you’re trying to do,” he observes. “For
me, it was quite simple. As an artist, music is freedom; music is whatever you want it to be. So, I see it
with the bumps, the bruises, the crashes, and everything intact. The album is a day in the life with the ups
and downs, but it musically rings true to who I am as an artist.”

Back in 2015, Jared emerged with his debut Old Glory & The Wild Revival. On its heels, the 2018 follow-
up Black Magic yielded the fan favorite “Honey Forgive Me,” piling up over 3.8 million Spotify streams

and counting. In between showstopping solo shows, he performed alongside icons a la Slash, Billy
Gibbons, Zakk Wylde, and even the late Leslie West, to name a few. Guitar World attested, “If you’ve never
witnessed Jared James Nichols onstage, let us say right now: you’re missing out, big time.” Following the
2021 fan favorite Shadow Dancer EP, he collaborated with both Maggie Rose and Joe Bonamassa in 2022
for revised versions of his song “Threw Me To The Wolves.”
Along the way, Gibson formally welcomed him as an official ambassador, plotting the release of several
signature Jared James Nichols guitars. Blackstar Amps followed suit and Seymour Duncan also designed a
signature pickup to his specification—due out in 2023.
Officially partnering with Gibson was a huge moment in the guitar aficionado’s life. Nearly a decade ago,
a Les Paul literally landed into the yard of a fan during the biggest tornado ever to impact Washington, IL.
The fan shared a picture of the guitar with Jared. “It was one of the earliest known Les Pauls ever created
from 1952,” he explains. “It was battered and bruised with a broken neck from the tornado, but it was
still salvageable.” The fan offered to give it to Jared to restore and play. He sent it to one of the world’s
best luthiers, Joel Wilkins.
“It is a very important piece of musical history as it is a prototype—1 of 25—to the most important electric
guitar shape in the world, the Gibson Les Paul,” he smiles. “It is one of the most perfect instruments I have
ever played. I play it every day, take it on tour, and make music with it all over the world. It’s the best way
to honor its legacy. I named the guitar ‘Dorothy’ after the tornado experience.”
Fast forward to present time, and after weathering the Pandemic, Jared’s long-awaited return to the road
would be unceremoniously derailed. About two weeks into a tour with Black Stone Chery in the fall of
2021, he tried to help his band pack up the stage and upon grabbing a road case, he felt a pop in his right
arm. What he thought might be a pulled muscle wound up being bone scraping inside his arm. Whisked
away to the emergency room, the x-ray showed a chipped humerus bone due to longtime stress fractures.

The only solution proved to be emergency surgery with a chance he might never play guitar again or even
use the arm.
“After surgery, I found myself with a plate and 16 screws in my arm, completely sidelined, and back home
in bed,” he sighs. “I did not let this hold me down, and I found myself re-working how to use my right arm
to play again within days. If anything, breaking my arm forced me right back to square one and to rebuild
into the best possible version of myself I could be.”
Busting his ass to restore a semblance of normalcy, he pushed forward and regained use of the arm and
his storied guitar proficiency. Going into the next season, Jared made a decision to track his next body of
work live, reflecting the spirit of his show on tape like never before. Joined by producer Eddie Spear, the
album proudly preserves all of the grit and gusto from the rooms in Blackbird Studios and Sienna Studios
where he first cut the tunes.
“It was made live with intention and zero fucks given,” he notes. “It wasn’t like we could fix the tempos.
We didn’t use a click track. I wrote a batch of songs to capture everything I’m about. I didn’t hold back. I
thought of what I listened to growing up, whether it was grunge or blues. We got a little heavier. I made
a record to serve as the menu for the live show. There’s an element of excitement and danger. It’s my
version of rock ‘n’ roll with a little more humanity.”
Speaking of, he paved the way for the record with the 2022 release of the hypnotic and hyper-charged
“Hard Wired.” Born from a jam session with Tyler Bryant and Graham Whitford, the single bulldozed a
path for Jared James Nichols with no shortage of raw and raucous six-string bravado.
“Sometimes, a song comes out of nowhere and basically writes itself, and that is exactly what happened
with this one,” he says. “I immediately knew it was going to be a song I wanted to incorporate into my live
set and cut for this record. Lyrically, it comes from a place of self-destruction. You know something is bad
for you, but you continue to do it anyway even though the result will be tragic. It’s like a stick of dynamite
ready to blow, and it encapsulates the mood and tone of this entire record.”
On the follow-up single “Down The Drain,” vulnerable vocals snake around melodic guitar in ominous
fashion. Baring its fangs, it snaps into a chantable chorus punctuated by a wailing lead.
“It’s easy to get addicted to a shitty relationship,” he reveals. “You know it’s going to end wrong, but you
can’t get out. You’re going down the drain. The concept is relatable to everyone, whether it’s about a
friend or a romantic relationship.”
From the jump, the record kicks into high gear with the bluesy wallop of “My Delusion.” In between steady
tambourine, distortion roars as he confesses, “Your body is my temple, and your heart is my ruin.”
“‘My Delusion’ kept evolving,” he recalls. “It was like water starting to boil. By the time you get into the
solo and the riff, it’s ready to go off the rails. When we stopped after the second take, we were sweating
head-to-toe. We knew we got it!”
On “Hallelujah,” a flurry of drums gives way to a thick and heavy battering ram of a blues riff only to crash
into a rickety bass line and atomic shredding.
“It was recorded balls to the wall,” he remembers. “We were like, ‘Let’s go’. I was channeling all of my
heroes. Obviously, the first riff I ever learned was a Black Sabbath tune. It’s a fist in the air song.”

“Good Time Girl” pays homage to “going out, drinking, partying, and having a good time” over a
hummable guitar groove. The record culminates on the emotionally charged “Out Of Time.” Jared’s Les
Paul practically cries out as he says goodbye to his old man with a heartfelt and tearful tribute.
“I lost my dad, and it was the hardest thing I’ve ever dealt with in my life,” he admits. “I wrote ‘Out of
Time’ when I was thinking of him. It’s a heavy song. I was crying when I was doing the vocals. It’s a different
vibe, but it’s impactful for me.”
By keeping it simple, Jared remains primed to leave his imprint on rock ‘n’ roll forever.
“I hope you listen to this record and connect to it,” he leaves off. “Rock ‘n’ roll is not always about a
throwback. It’s fucking 2022, dude. I’m right here, and I’m ready to rip. I’m not trying to be anybody but
myself and play the music I love for today. I’m giving you loud ass guitars and no fucks given rock ‘n’ roll,
and I’m loving it.” 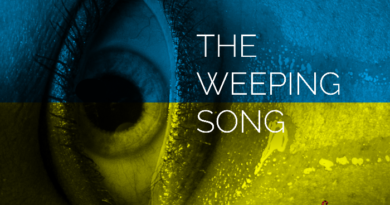 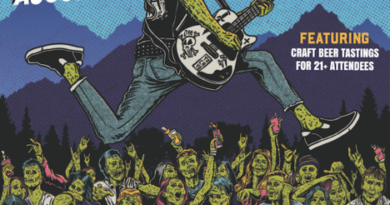 Punk In The Park – Colorado With Pennywise, The Vandals, H2O, Voodoo Glow Skulls, The Bombpops & More Aug 7 At Sculpture Park In Denver, CO

21st June 2021 Rob Cella Comments Off on Punk In The Park – Colorado With Pennywise, The Vandals, H2O, Voodoo Glow Skulls, The Bombpops & More Aug 7 At Sculpture Park In Denver, CO 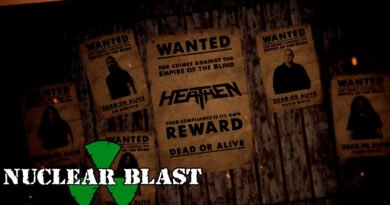