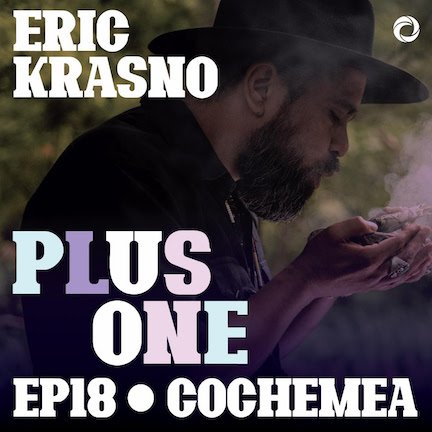 Music News
10th August 2020 Rob Cella 379 Views
COCHEMEA JOINS GRAMMY AWARD-WINNING
MUSICIAN/PRODUCER ERIC KRASNO ON PODCAST SERIES
ERIC KRASNO PLUS ONE
ERIC KRASNO PLUS ONE FEATURES EXCLUSIVE CONVERSATIONS
WITH WIDE RANGE OF MUSICAL ICONS AND LEGENDARY ARTISTS
ERIC KRASNO PLUS ONE WITH COCHEMEA
VIA APPLE PODCASTS, SPOTIFY, AND OSIRIS MEDIA
“You’ve gotta have the right intuition, the right sound, you’ve gotta know how to blend with people sound wise, personality wise. It’s a very hard band to vibe with if you’re not with it.”
– Cochemea
Cochemea joins award-winning guitarist/producer Eric Krasno on his special new podcast series. Presented by Osiris Media, ERIC KRASNO PLUS ONE sees the renowned musician hosting a one-of-a-kind interview series exploring the lives and work of some of his closest friends and musical collaborators.
In this episode of Plus One, Krasno welcomes saxophonist and composer Cochemea Gastelum, whose 2019 album All My Relations is one of Krasno’s most played records of the year. Cochemea made his mark as a member of The Dap-Kings, the potent funk and soul band behind the late great vocalist Sharon Jones. He’s also played with artists from Amy Winehouse to Run The Jewels, always experimenting with effects and other sounds you might not expect from a sax player.
Cochemea brings that same experimental ethos to his solo material, drawing inspiration from his native roots and incorporating Navajo melodies, Sanskrit prayer, and Mexican Huapango rhythms with jazz and funk arrangements to produce a record that is truly one of a kind.
Eric Krasno Plus One is available on Apple Podcasts, Spotify or wherever you get your podcasts. And check out the podcast Festival Circuit: New Orleans, a new podcast about the music of New Orleans and the Jazz Fest from Osiris Media.
Upcoming episodes of Plus One include Phil Lesh, Dominic Lalli (Big Gigantic), Nigel Hall, and more.
About Eric Krasno:
For nearly two decades, Krasno has been an omnipresent figure in popular music, from his virtuosic, innovative guitar playing with Soulive and Lettuce (both of which he co-founded) to his GRAMMY® Award-winning work as a producer and songwriter for artists like Norah Jones, Tedeschi Trucks, 50 Cent, Talib Kweli, Aaron Neville, and Allen Stone, to name but a few. As if that weren’t enough, the New York-based artist has proven an invaluable session player and touring musician alongside the likes of the Rolling Stones, Dave Mathews Band, John Mayer, Oteil & Friends, and The Roots.
Along with their work together on stage and in the studio, Krasno has spent countless hours sharing stories with these incredible artists and these intimate moments have become some of his most cherished memories. ERIC KRASNO PLUS ONE now allows fans everywhere to join behind-the-scenes conversations, with topics spanning early inspirations to discussions about the state of the music industry, the challenges of life on the road, and much more. For music, upcoming tour dates, and additional information, please visit www.erickrasno.com.
Eric Krasno Plus One is presented by Osiris Media. All original music by Eric Krasno. Executive Producers are RJ Bee and Christina Collins. Audio Production by Matt Dwyer. Produced by Ben Baruch of 11E1even Group.
EPISODES
Ep 1: Dave Matthews (OUT NOW)
Ep 2: Laura Lee (OUT NOW)
Ep 3. Marcus King (OUT NOW)
Ep 4: Chris Robinson (OUT NOW)
Ep 5: Emily King (OUT NOW)
Ep 6: John Mayer (OUT NOW)
Ep 7: Mac Ayres (OUT NOW)
Ep 8: John Scofield (OUT NOW)
Ep 9: Alan Evans (OUT NOW)
Ep 10: Derek Trucks (OUT NOW)
Ep. 11: Questlove Part 1 (OUT NOW)
Ep. 12: Questlove Part 2 (OUT NOW)
Ep. 13: Adam Deitch (OUT NOW)
Ep. 14: Ivan Neville (OUT NOW)
Ep. 15: Billy Strings (OUT NOW)
Ep. 16: Don Was (OUT NOW)
Ep. 17: Allen Stone (OUT NOW)
Ep. 18: Cochemea (AIRS TODAY)
Ep. 19: Dominic Lalli (Big Gigantic)
Ep. 20: Phil Lesh
Ep. 21: Nigel Hall
Ep. 22: Danny Mayer
Ep. 23: Jeff Bhasker
Share This Post: 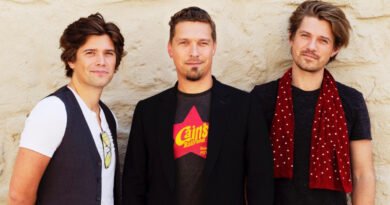 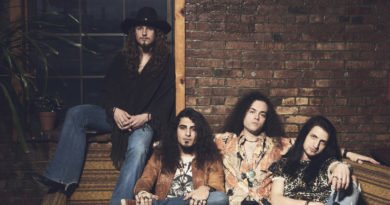 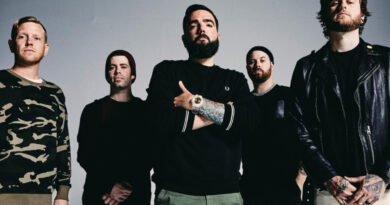 EVILDEAD Releases New Single and Lyric Video For “The Descending”