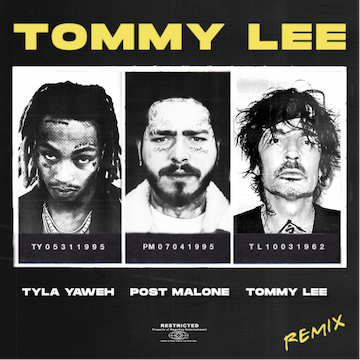 “I’m excited to be releasing records with my idols,” says Tyla Yaweh. “I first had Billie joe Armstrong clear a sample for me and hop in my last video with Wiz Khalifa [‘High Right Now’ remix]. Now I’ve got a legendary track with this bad ass Rockstar Tommy Lee and my brother Post Malone. This track is so special to me!!! I also got Travis Barker on my album, so it’s like Rockstar shit everywhere on RAGER BØY!!!”

The recording for the remix of the critically acclaimed track was done at Tommy’s Atrium studio, with production handled by Tommy Lee along with his son Dylan.

Tyla came to the studio, bringing an amazing energy to the process (as seen in the video for the remix).  Lee called in close friend John 5 (Marilyn Manson/ Rob Zombie) to play guitar and bass in order to give the remix the crunch it needed.

“I was humbled that Tyla and Post chose to name a song after me.  I couldn’t wait to get my hands on it with them and give it my spin. We had a blast! They are the new rockstars!  I love them both!” says Tommy.

“[‘Tommy Lee’ is] a hedonistic ode to life on the road…” – NME
“Tyla Yaweh is undoubtedly on the precipice of stardom…On ‘Tommy Lee,’ Yaweh connects with his big homie for the guitar-laden anthem, which pays homage to the ’90s rock legend.” – Billboard
“…this collaboration with Malone feel[s] so seamless…” – Complex

“[One of 2020’s) Biggest Rising Talents In Hollywood.” – Wall Street Journal Magazine
“…[a] rising charismatic artist…Influenced by artists from Jimi Hendrix to Lil Wayne, Yaweh, whose love of fashion doesn’t go unnoticed either, brings together his love for hip hop and rock organically.” – The Recording Academy
“…Yaweh is all set to level up. Get to know him…” – XXL

ABOUT TYLA YAWEH:
The Orlando-raised, LA-based genre-bending star launched his career with 2019’s critically acclaimed project Heart Full of Rage, which was equal parts trap, hip hop and rock. Along the way, the project, which included the break-out song “High Right Now,” and subsequent singles like “I Think I Luv Her” ft. YG and “Understand Me,” helped him amass over 315 million streams, along with praise and attention from the likes of Complex, The FADER, Pigeons and Planes, XXL, Billboard, Paper, Wonderland, Nylon and more, with publications as diverse as the Wall Street Journal Magazine and NME spotlighting him as one of 2020’s biggest talents to watch. In additional, he further collaborated with names like Wiz Khalifa, French Montana, Ski Mask The Slump God, Juice WRLD and PnB Rock. Tyla also joined Post Malone, Swae Lee and Jaden Smith on the 2019-2020 Runaway Tour across multiple continents and made rousing appearances as festivals such as Lollapalooza, Bonnaroo, Gov Ball, Firefly, Life Is Beautiful, Rolling Loud, Reading and Leeds and more, setting the stage for what’s next.

Aptly titled RAGER BØY, his upcoming debut album encapsulates the world in which Tyla Yaweh resides. “It’s a lifestyle to me—waking up, partying, being a rockstar, being a rebel, being that person that stands out and is raging at all times,” Tyla says of the concept. With “Tommy Lee” as the lead single, the stage is set for star-studded features, new vibes and uncharted territory, musically. “I’m bringing new sounds that people haven’t heard before, fresh to the ear,” Tyla says. “It’s something that’s gonna stick here for life. I want it to be a classic.” Above all, Tyla Yaweh wants to bring the fans together, the people who made him what he is today, with music as the connector. “Every day I gotta bring them energy, and they do the same for me,” he says of his fans. “I wouldn’t be here if it wasn’t for them. I’ve always got their backs and they’ve always got mine.”

Tommy Lee has conquered TikTok amassing 560k followers in the past couple of months, while growing his Instagram audience to over 1 million during quarantine – an audience that eagerly awaits any new projects he undertakes.  Lee has had a mega-popular Netflix film (The Dirt), starred in and produced 3 Network TV shows (Tommy Lee Goes To College, Rockstar: Supernova, Battleground Earth: Ludacris vs Tommy Lee), had a NY Times Bestseller (Tommyland) and has appeared on scripted and interview TV shows – most recently, a hilarious appearance as a professor on ABC’s The Goldbergs.

The longtime Mötley Crüe drummer has just spent the last 2 years writing and recording his new album, ANDRO (Out October 16, 2020), and it is about to challenge virtually everything you thought you knew about him and his musical proclivities. True, he hinted at some of the complexity behind the chaos, when he formed Methods of Mayhem and when he toured with Skrillex, Zedd and Deadmaus, but Lee’s new set of tracks seem to truly represent the music that’s he was meant to make.

Get ready to rage with Tyla Yaweh & Tommy Lee throughout 2020 and beyond! 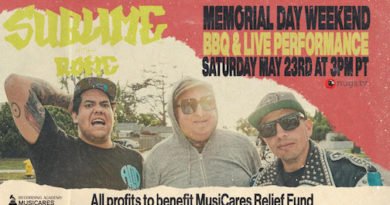 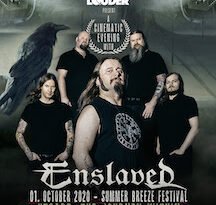 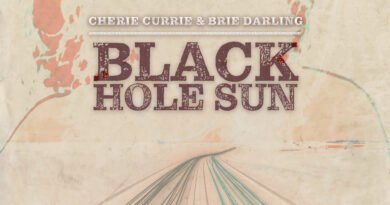