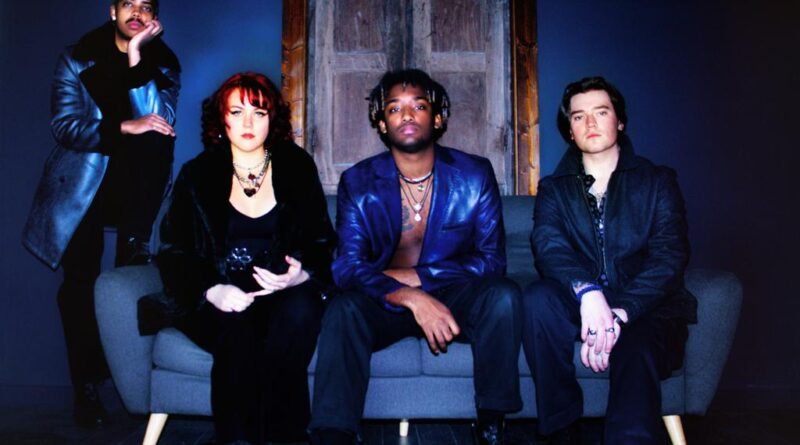 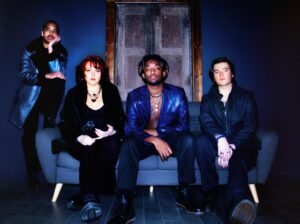 Bluphoria is a pop rock/alternative band, with psychedelic and blues rock influences.

Since signing with EDGEOUT/UMe Bluphoria the band went into East Iris Studios in Nashville this past January to record their debut record with GRAMMYÂ®-winning and 11-time GRAMMYÂ® nominated mixer/producer Mark Needham (Fleetwood Mac, The Killers, P!nk, Imagine Dragons). The first single from the album is due out this coming spring

Today we spend a few minutes with front man Reign LaFreniere to talk about his band Bluphoria and his experience in the studio making their upcoming record.

Talk a little bit about how everyone in the band meet up and got together.

I had been working on the whole Bluphoria project for a while there and it wasn’t until i met dakota at this house show that I feel as though it really started clicking. We met there because Oregon isn’t really known for being diverse and we were the only to black guys at the whole event. We got talking and he agreed that he wanted to join the band. Rex we met after playing a couple shows, I had Dakota playing bass. When we played this house show at this insanely small house, there were around 200 people there, you could see him gawking in the audience.

He followed us on social media the next day and I had seen it and asked him to join the band. That same day we all jammed and agreed he would be a good fit! Dani actually interviewed me for one of her podcasts a year prior and I had heard that she was a drummer so I helped her get into the music community there since we already had a drummer we weren’t looking to add her to the group at the time. About a year later her and Dakota became great friends and she had expressed how she really wanted to join and loved our music so we made it work!

What was the music scene like at University of Oregon?

It was interesting, there’s a great energy there and a lot of people who love rock music out there. The only pitfall is that, due to diversity, for most of my time in Oregon, Dakota and I were the only black musicians playing shows in our small scene. The other more diverse bands would come and go quickly but while we were there there were some great moments that I will never forget.

Growing up, who were some of your biggest musical influences?

I listened to a lot of Bob Marley, CCR, Prince etc. It’s hard to say what kind of music I was listening to most because I come from a very musical family. Once I started fully listening to music on my own around when I was 15 I started getting into all of the classic rock from the 60’s, most notably Hendrix and The Beatles.

The band parted ways with your original drummer during the recording of the new album. What kind of vibe and energy does Dani bring to the music and the band?

I think Dani’s addition to the band was refreshing. She picked up a lot of the old parts pretty quick but also brought this more high energy flare. I also appreciate how inspiring her presence can be for some people in the crowd. You cannot underestimate the importance of not only having a woman in our band but a talented drummer at that. This may sound cheesy but we played this one festival and to see how impactful it was to see a group of 6 to 9 yr old girls get so excited to not only see her play but get to meet her after allowed me to appreciate the gravity of the situation. It’s in the same way that I saw a musician that looked like me inspire me to want to be who I am today.

What was the feeling going through your mind when you walked through the doors at East Iris Studios to record your first record?

It was all surreal and I still haven’t come to. We have been privileged to experience such a historical space and record our album there.

What was the recording experience like working with Mark Needham?

Mark really was the icing on the cake. It was awesome to work so hard building this project for years and to step into the studio and have our producer understand exactly what we were going for. There never were creative clashes or anything Mark could hear the music and it was inspiring to work with such a legend in the industry.

What is some of the subject matter you’ve written about on the album?

The album reflects a lot of the relationships I’ve had these past three years where I was going through probably one of the most pivotal moments in my life coupled with covid. There’s a general longing for love but a lack of the ability to do so in these songs. These songs stand as a letter to my past and future selves to not only help remind me of who I was but to help me grow and turn into who I am trying to be.

As a fellow guitar player, I’ve always been a bit of a gear head. What kind of guitars/amps did you use on the new album?

We used so many awesome guitars for this album, I had this vintage Stratocaster that Mark owned and also used this beautiful white hollow body. Most notably though, I got to play Hendrix’s Jazzmaster on our song Colombia which really helped shape the sound.
Are there any shows or tour plans coming up to promote the record?

We are working on some shows for fall once we get settled in Tennessee, definitely looking forward to a tour around early next year!

If you could jump a tour, who are 5 bands you’d want on that bill?

There’s been a lot of inspiring things said to me that really resonated. The most notable being that “to have control in your life is to let go of it and just be along for the ride.”

Make sure to check out Bluphoria‘s first major label single Set Me Up with stunning visualizer video! 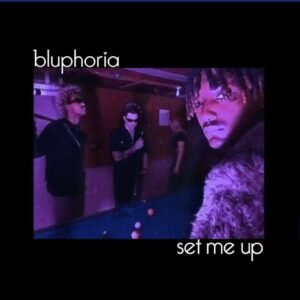 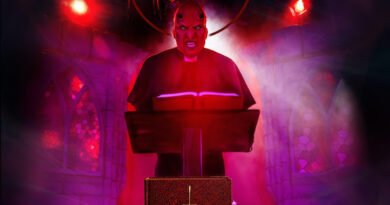 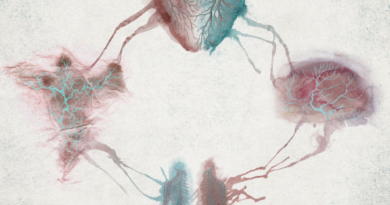 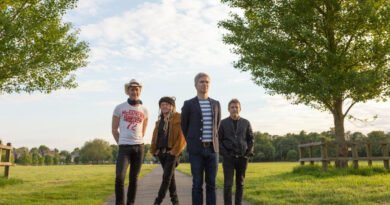