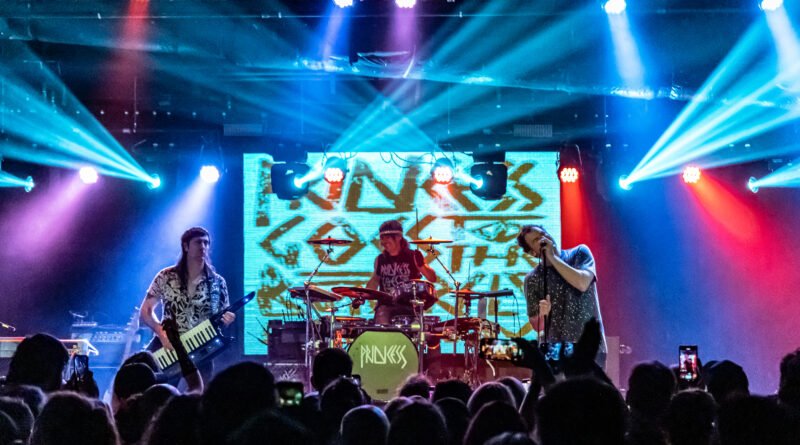 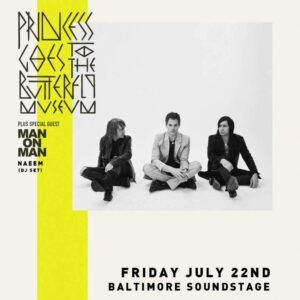 Sometimes genius and creativity can strike in the most unlikely of places.  Michael C. Hall, Peter Yanowitz and Matt Katz-Bohen ran into each other at a Broadway production of Hedwig and the Angry Inch.  The trio bonded over their love of David Bowie and Giorgio Moroder among other musical influences.  With Drummer Pete Yanowitz’s professional music career which includes runs with The Wallflowers and Natalie Merchant, and Keyboardist Matt Katz-Bohen’s laundry list of musical credits.  Most notably touring with legendary Blondie and Cindy Lauper.  Their symphonic vision began to take shape.

And in a twist of fate, the band’s unique name comes from none other than Matt’s four year old daughter.  The name got its origin from a fictitious band she had wanted to start.  But after a little coaxing, this musical ensemble had a name.  And only such a unique name could be fitting to such a unique band.  And tonight at Baltimore Soundstage, the fans would be able to experience what this incomparable trio has to offer.

Late fans are literally running through the door to make sure they get their spots before the band makes their way to the stage.  And most made it just in time.  At just after 930, when the filler music stops and the stage lights go off, the fans’ excitement could not be contained.  When each member of the band emerges from backstage, the cheers and applause grows louder.

But as the mic stand still remains un-occupied, the excitement in the room turns to hysteria as Michael C. Hall finally trots out of the shadows with that signature smirk that fans have loved for years.  As I stood in the photo pit between the screaming fans and the stage, it felt like The Beatles just hit the field at Shea Stadium.  Hall takes his spot with a red lollipop in hand and begins his serenade of the earth shaking Vicious.  His almost lullaby vocal approach painted a sense of innocence in front of the devastating Skrillex style bass drops.

Just within the first few songs, the energy in the room was undeniable.  Between fans screaming with sheer excitement and the fact that the show had turned into a huge dance party, it was clear the overwhelming effect this band has on its faithful following.  Something else that even took a fan like myself by surprise.  Was the incredible range of Mike’s voice.  His vocals were flowing with power and emotion that captivated everyone in the room.

For the first time tonight, a stringed instrument would show its face on stage.  Matt Katz-Bohen would don the iconic Fender Jazzmaster Bass and open with one of the catchiest bass lines you’ll ever heard on Eat an Eraser.  The crowd instantly starts clapping along as the momentum starts to grow.  Hall would show more vocal prowess as he shifted from a soothing falsetto to a Bowie-ish baritone that no doubt all but melted the female fans up front.  Afterwards, Hall would announce “Here’s a song that’s not on a record.”.  That song would be none other than Let it Go.  Bohen’s poignant piano leads sets up Michael’s impressive successive vocal lines that had me trying to catch my breath at the end of each verse.

I don’t think there was another song in the setlist that would have Michael C Hall’s voice soar as much as it did during Airhead.  His voice climbed in octaves like it was running for its life from the out of this world modulation created by Matt Katz-Bohen.  Pete Yanowitz deserves much credit as well with the layers he is also able to create.  By using an electric drum kit over the conventional acoustic drums, he has the ability to change the tonality to fit each song differently and make each song much more dynamic.

The tail end of their set had progressively atmospheric works that stretched across the band’s catalog with Angela Peacock, Jet Pack and Tomorrow’s Screams.  Princess Goes to the Butterfly Museum would round out their solid thirteen song set with the enchanting sounds of the title track from the band’s new record Thanks for Coming.  You could just look around the room and see fans swaying in the darkness with their eyes shut and just getting lost in the music.  The vocal melodies, pulsating rhythms and the overall emotional roller coaster ride that you are transported on, really show the effects of their music on those in attendance tonight.

As what looked like was the end of the show.  The fans weren’t having any of it.  The band hadn’t even left the stage yet before the demands for “One more song” started to ring out.  Probably in fear of a riot, Hall rushes back out to calm the masses and says “And, we’re back!”, which was met by a wave of applause.  The band would kick off their encore performance with the hard hitting Cruel World, scooping up the momentum right where they left it.  But they would slow things down a bit with the emotional elements of their somber ballad Armageddon Suite.   This would bring Yanowitz out from behind the kit and grab the bass for an intimate session for the crowd.

When the song ends, the ovation carries on and brings the smiles out of the band.  But when Matt starts the intro to Come Talk to Me the entire room erupts.  Before the end of the first verse, every fan had their clapping together and hanging on every note.  While Katz-Bohen’s Tron-like sample plays, he backs it up on bass while Mike lets his registry open all the way and spotlight what his voice can do.  And the fans had no problem showing the band what they could do with theirs.  When the last note plays out, the fans erupt with cheers and appreciation.  And bringing a joyous end to an amazing night of music.

Come and Talk To Me 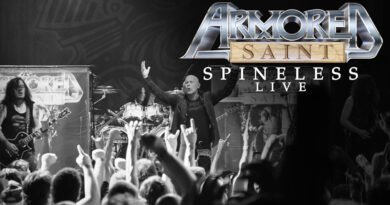 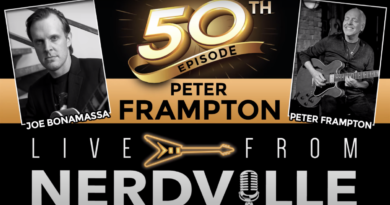 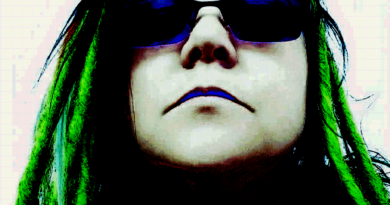