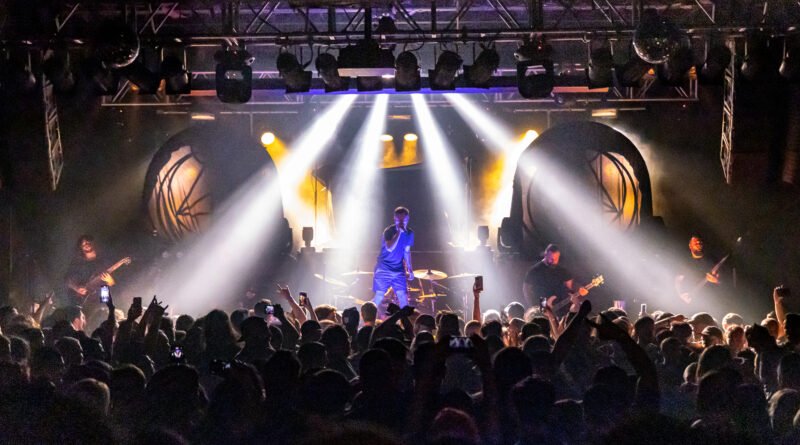 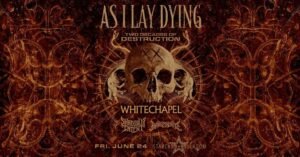 The Tennessee Deathcore Titans Whitechapel stormed the grounds of Starland Ballroom, armed with a setlist with absolute brutality.  The band is still soaking up the acclaim from their latest release Kin which came in October.  Whitechapel has been tearing it up on the road since the record’s release and now, continue their campaign with the legendary As I Lay Dying on their 20 Years of Destruction Tour.  Tonight, these bands set their sights on Starland Ballroom in Sayersville, NJ for a night of total devastation.

From the time the lights drop out, it’s only a matter of seconds before Whitechapel storms the stage.  As the fans realize the band is a member short, the chants of “PHIL!” start to fill up the room.  Their demand built up enough to summon the singer from backstage and brought the room to a deafening roar.  As soon as Phil Bozeman gets into position, he asks the crowd for a simple request. “LETS SEE SOME SHIT!”.  And as soon as Whitechapel launched into their crushing aria Bloodsoaked Symphany.  Not to let the front man.  The entire floor transformed into a wave of chaos as arms and bodies began to fly.

There’s no denying the amount of musical carnage that Whitechapel are able to produce with Ben Savage, Alex Wade and Zack Householder all wielding 7 string guitars.  That brutal tone paired with the devastating low end of Bassist Gabe Crisp and punishing drumming from Brandon Zachey unleashed hell on the crowd.  Next, the band would serve up a pair of ragers from their last album The Valley with Forgiveness is Weak and the fan favorite Black Bear.

Wedged in the middle of the set would be a song the crowd were eagerly waiting for.  The band’s first experimentation with clean vocals was on their 2019 release The Valley and it showed the band’s desire to expand on Bozeman’s range as well as a fresh direction in songwriting.  And Kin picked up right where that left off.  With the fast paced yet emotionally charged Lost Boy.  This has been my favorite song off of the new record since the single had first dropped.  It’s aggressive audial assault had fans running rampid in the pit.  But a not very common sight at a Whitechapel show is the fans stopping in their tracks to belt out Phil’s powerful clean chorus line.

Following a punishing trip back to 2008 for the band’s title track This is Exhile, Whitechaple switched gears back to The Valley for their dark yet gripping ballad Hickory Creek.  Every fan in the room lent their voices and really created a stunning atmosphere.  The band would quickly put it back into overdrive as they unleashed the percussive juggernaut Our Endless War on the fans, which fueled even more action across the floor.  But Whitechapel would save their most vicious track for last.  As fans still try and recover from the previous song, and when it’s announced that The Saw is the Law it became very clear that they still had more left in the tank.

When the band pulled the trigger it seemed that no one was safe from the mosh pit’s reach.  That also ignited waves of crowd surfers that could not pass up the chance to get close to the band one last time.  There was so much energy coming off of the stage that it just amplified the fans intensity and was not only a clear reminder of how insane it can get at a Whitechapel show.  But also what better way to end an amazing set, then to end it on such a high and brutal note.

Whitechapel continues their reign as one of the biggest names in Deathcore.  And with shows like this, they will no doubt carry on their path of destruction at every venue they play.  I have to say.  Being a fan since Our Endless War, you can see and feel the progressive change with every album.  The band has really evolved and has in my opinion, released one of their most diverse and musically challenging album to date with Kin.  With twelve dates still left on the tour, fans will have plenty of dates to experience the live carnage.  Don’t forget to grab Whitechaple’s killer new record Kin. 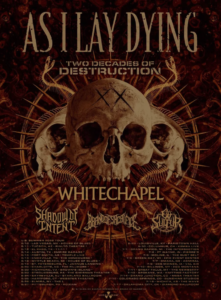 The Ones That Made Us

The Saw is the Law 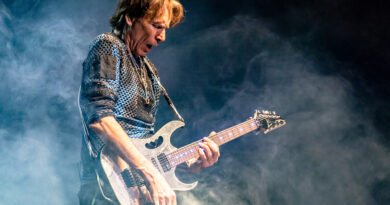 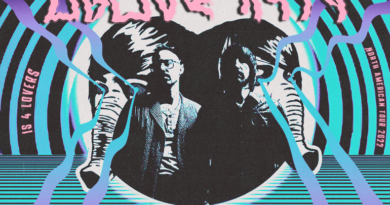 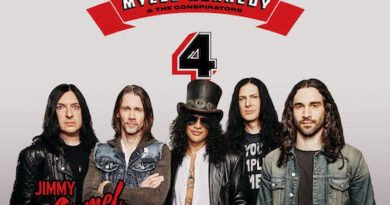