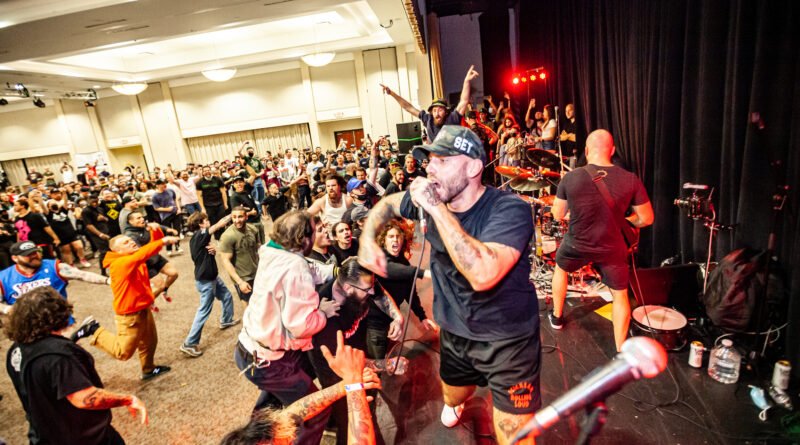 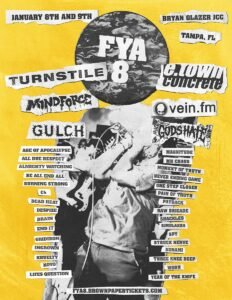 1995 had some pretty historic events play out during those 365 days.  Michael Jordan made his triumphant return to the NBA.  The DVD was invented, though it didn’t officially roll out until 1997.  And who could forget PIXAR’s iconic first release with Toy Story.  But little did anyone know, that brewing in Elizabeth, NJ a band was forming that would soon change the face of Hardcore music.  E-Town Concrete took the scene by storm with their unique blending of Hardcore, Hip-Hop, Blues and Metal making their musical infusion an attraction of fans from all genres.  Over the course of the next seven years they would record outstanding albums like Time 2 Shine, The Second Coming, The Renaissance and Made for War and truly solidify themselves as one of the best bands of the time.

Since the band officially announced their breakup in 2006, they have only played a handful of one off shows over the years.  But over the last month, fans have seen more activity than usual from E-Town.  In December they not only sold out Reverb in Reading, Pa within only a couple of days but followed it up with another quick sell out at the Anchor Rock Club in Atlantic City.  Tickets went so fast they added a second night, which to no surprise filled up immediately.  Marking their first and possibly only appearance in 2022, E-Town Concrete will close out day 1 of the 8th annual FYA Festival in Tampa in front of their fourth consecutive sold out show over the last month.

E-Town wasted no time once they hit the stage.  As soon as Bassist Eric DeNault, Drummer Teddy Panagopoulos and Guitarist David “DeLux” Mondragon let that first note ring out, the floor comes alive as singer Anthony Martini trots out from behind the stage right curtain, officially kicking off their set.  While the wave of cheers flood the stage Teddy counts off and cues up the band to drop right into the heavy handed chugs of Just Watcha Step off of their groundbreaking debut album Time 2 Shine.  Right out of the gate the room was full of energy and excitement as we all stood there watching as E-Town exploded off the stage.  Before the first song was even halfway through, it was impossible to ignore the fact of how fucking tight they sounded.

For the vast majority of the fans at this show, including myself, it has probably been at least 16 to 17 years since we have seen them live.  But if there was any shred of doubt whether or not they still “had it”, that doubt was promptly put to bed almost immediately.  By the start of Punch the Walls fans were literally climbing on each other to get their chance to belt out the song’s chorus as Martini would just hold the mic out for anyone willing to step up.  When the song ends, Ant looks out to the crowd and says “And uhhhh.  It’s been a long time since we were in Florida.  Shit, 20 years maybe”.  The fans’ cheers let him know that there’s no hard feelings.

Shaydee would be the first song of the night that was a shining example of how the band can change the dynamic of a song and take it to a totally different place.  The song’s intro has that ferocity that you’d expect from an E-Town song.  But the break in the middle has always been what I look forward to in this song.  That seamless transition from the heavy riffs, to a blues driven rhythm and then adding Ant’s vocal flow had the fans playing air drums and freestyling along the front of the stage.  I had noticed that even though the pit had been active, it seemed like there were more than a few that hung around the outside waiting.  Waiting for one song to really set it off.

While DeLux’s guitar feedback swirls through the monitors , Teddy four counts into the devastating tonal assault of Baptism.  The floor instantly erupts with windmills, spin kicks and bodies flying in every direction.  As Martini takes in the chaos he asks the crowd “Do you know the words?”.  He hangs the mic around his neck and takes a step back as dozens of fans rush the stage.  They arrive at their destination just in time to go acapella along with the frontman himself as well as the entire room, while concert goers squeeze by him on stage before launching themselves into the crowd.  This would certainly hold up to be one of the most brutal entries of the night and there would be plenty more to come.

Without missing a beat and keeping the energy level soaring, E-Town absolutely tore into two classics off of Time 2 Shine with the title track Time 2 Shine and also 4 The Fame.  After tending to a potential slipping hazard on stage, Ant tells the fans “This is the hardest song we have.  You’ll see what I mean.”.  Soon it would be revealed that the bands one and only hardcore ballad So Many Nights would be up next on the list.  Much like during Baptism a large gathering of vocal enthusiasts converge in front of Martini for their chance to lend a hand vocally.

You could look out and see that just about everyone knew the words, which is always a plus right?  And that would certainly help when it came time for that chorus to drop.  But when it did.  The entire room belted out every single word so loud it felt like we were at an arena more and not a community center.  By the second time around, the pit had all but ceased and was now filled with fans throwing their fists in the air.  You could literally see them losing their breath as they gave it everything they had.

Afterwards Ant tells everyone “We’re gonna play Stranglehold.  You guys wanna hear that?”.  But after a less than stellar response He calls them out on the weak applause.  After he offers up A Fathers Marathon he takes a minute and then admits he doesn’t even remember the words.  As he looks over the setlist he counters with “Soldier?”.  His question is finally met with a satisfactory response from the crowd.  The song’s devastating opening more than made up for the down time in between songs and Martini’s desire to play something the fans wanted to hear.

As Eric and Teddy lead the charge into the song’s blues groove, Ant spots a fan in the crowd and walks over to tell him “I don’t mean to call you out.  But you look like a hardcore Drake.”.  Everyone within eye shot of him burst out into laughter at his very accurate description.  For the third time of the night, David Mondragon dazzles the crowd with a soulfully empowered guitar solo.  Earlier I had mentioned the different elements that E-Town use to set themselves apart from other bands.  You can’t ignore the fact that guitar solos in this genre are rare if heard at all.  But DeLux implements his blues influences throughout every bar and is the high point of every song he lays it down on.

The band’s 2003 album Renaissance was packed with heavy hitting tracks from start to finish.  But one of the most merciless to rise off of the track list is Battle Lines.  Martini’s roar ignites the band’s battle cry and the fury of the room.  On the album the song was riddled with guest vocalists including Hatebreed’s Jamey Jasta and Ill Nino frontman Christian Machado.  While Ant wore the hat of all three vocal parts including his own, DeLux held it down on backups as they bombarded the fans with wave after wave of dominant lyrical motivation.  This was another anthem in the band’s arsenal that would get the fans to come together and deliver a thunderous vocal mantra.

Following the classic E-Town track Rainbow, Martini lets the fans know “That was the hardest song ever.  And now we’re gonna play the best song ever.  This one’s called Mandibles.”.  The crowd’s explosive reaction is what really sets the song off.  It was noticeable that the announcement pulled some people that had hung back most of the show and got them off the bench and back into the game for the final inning.  As soon as those iconic lyrics pour out of the monitors the crowd jump in the air pounding their fists as the remainder swarm the stage.

At no point before had the entire crowd chanted every single word with such energy and intensity.  As Ant worked the front of the stage he fed the mic to as many eager fans as he could.  While the brutality ensued from the first note, when Martini tells the fans “Here we go.  Last chance to dance.” and they took full advantage.  The pit became a war zone and some fans could be caught executing acrobatic spin kicks off of the stage and instantly joined in on the engagement on the floor.  And just like that, the show ends as Martini gives one last message to the fans with “Thank you.  We are E-Town Concrete.”.  The final applause was long and sincere as you could literally hear the mic drop on the stage, giving an official ending of the night.

It has been 18 years since the last time I had seen E-Town Concrete live and multiple times beforehand.  But I can honestly say that this band sounded as good if not better as they did almost 20 years ago.  I was blown away by their energy, drive and just how incredible they sounded.  With all the success they’ve had over the last month it’s safe to say that there is still a very large demand to have this band on stages across the country.  E-Town seems to have aged like the finest hardcore wine and the fans have been very thirsty the last 15 years.

We’ve all had ourselves a taste and I know that I can speak on behalf of every single person that has attended any of these last 4 shows when I say, this band can still hold their own with any act they could jump on a tour with and the demand for new music is at an all time high.  Only time will tell.  But if things don’t play out the way that the fans want.  At least we all got to see ETC  absolutely crush it and remind us that they are still one of the best to ever do it. 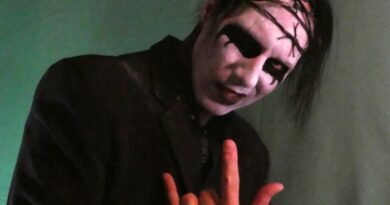 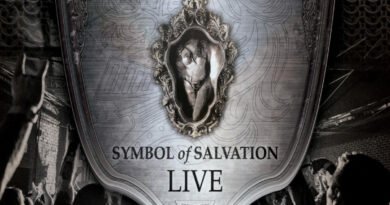 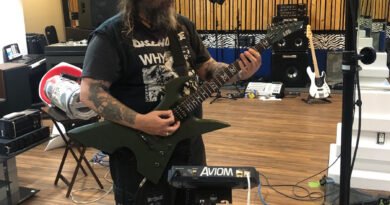