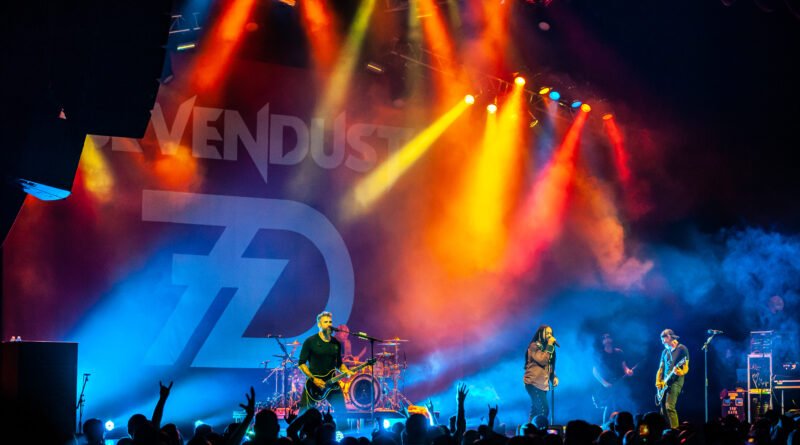 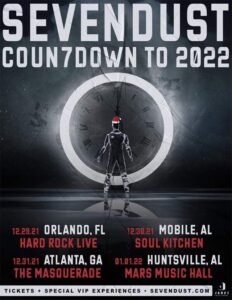 Back in August word had spread about the amazing Daughtry: Dearly Beloved Tour featuring Sevendust and Mark Tremonti.  The stacked lineup had fans ecstatic as the tour launched at the historic Ryman Auditorium and would wrap in Orlando a month later.  But less than two weeks into the tour it was announced that Chris Daughtry’s daughter Hannah had passed away, prompting the remaining dates to be rescheduled for sometime in the upcoming year.  With time off from the road, Sevendust found a way to bring in the new year as they announced a mini four consecutive city tour kicking off in Orlando and wrapping up in Huntsville, AL on New Years Day.  101.1 WJRR rolled out the red carpet as Sevendust stormed the stage with great acts like The Lonely Ones and Plush for their heavy rock holiday festivus, Mistletoe Jam.

As the band’s intro montage comes to an end, the thunderous ovation from the packed house explodes as Sevendust makes their way through the saturated blue stage.  The recognizable silhouette of frontman Lajon Witherspoon towers above the crowd and soon he greets the fans with “Good evening.  How are we all feeling tonight!?”.  As he takes in the crowd’s response his reply of “WE CAN’T HEAR YOU!” causes their reaction to change into a mighty roar, triggering the band to launch into their crushing opening track Dying to Live.  Much like the band’s latest album Blood & Stone this would kick things off on a high note as the song cues up the chaos of the night’s first mosh pit and hundreds of singing fans.

Anytime this band steps on stage the energy is always through the roof and the fans immediately fed off of it as the entire floor left their feet and cheered for their favorite band.  Denial kept the momentum going and the vocal tryouts of those in attendance.  With every passing chorus you could hear that volume of the fans’ voices elevate above Lajon’s.  As that final build up starts to swell, Witherspoon gets the crowd participation going as he influences the entire room to clap together.  Bassist Vince Hornsby thought the front needed a little help as he jumped on the stage riser to give them a little more motivation.  Sevendust certainly has a few vocal lines that really give fans that excitement to belt out those words and Denial is definitely high on the list.

Following Praise Lajon stands at center stage taking in the obvious admiration and thunderous applause from everyone in attendance.  He then says “I see exactly what you’re trying to do.  You’re trying to make me fucking cry here”.  Which only escalates their cheers.  He has never been one to shy away from letting his emotions show on stage when it comes to the fans showing their appreciation for this band.  And in all honesty, I would think it would be pretty hard not to.  Sevendust have an incredibly faithful and diehard fan base that some might look at as a “6th member” and they always pack into shows in army like numbers.

Just before the band jumps into one of the many shining points of their 2001 record Animosity with their song Trust, Lajon turns his attention to the left of the stage.  Under the second level balcony the band’s friends and family watched on as he gave them his thanks.  Afterwards, the applause is nowhere near dying out the iconic panning intro the Black vibrates through the building.  The added intro loop fuels the crowd’s hysteria which almost immediately starts to get the floor moving while the band looks on with smiles of approval.

When the crushing opening explodes the pit opens up like the mouth of a tornado, pulling everyone in around it.  It’s one of the most recognizable riffs of the last 25 years and my god does it still hit hard as hell.  Guitarist Clint Lowery and John Connolly lead the charge with their six string assault while Morgan Rose and Vince Hornsby apply their rhythmic devastation as the chaos ensues all around them.

Later, as Lajon stands in front of the crowd a crew member runs out to refill the short supply of guitar pics on each mic stand.  While he’s working across the stage, Lajon touches on “This next song has manifested over years and years, and has turned into a healer for anyone who has lost someone.  We dedicate this one to anyone that has lost someone during this terrible time”.  Soon Clint starts to pick away at the beginning to the band’s iconic song of remembrance Angel’s Son as Witherspoon encourages the audience to turn the lights of their phones on, it quickly changes the ambience in the room.

Throughout the first couple of verses, Lajon and Clint break to give the room a chance to fill in the lyrics and ultimately raise the level of emotion in the building.  From high above one the balcony it was hard to miss the outreached arms towards the stage as Lajon Witherspoon sang directly to a few friends in the front row, making their night that much more special.

Sevendust would change up the tone from the emotionally powered sonnet to the adrenaline packed track Waffle.  At the sound of the first note the crowd shoots up off the ground, making the entire floor area look like the moving cylinders of an engine.  And in this instance, the brutal breakdowns and double threat of Morgan Rose’s seismic drum hits and his infamous background vocals fueled that metaphoric motor.  This has always been a fine example of just how Sevendust can find that perfect balance of poignant melodies and roaring verses.

Just as the band concludes with Blood & Stone, Lajon announces “Dude there is an 11 year old kid in the mosh pit.  Put your hand up man”.  As the house lights come on the fans ignite with applause as the youngster gets lifted up by a small crowd of people.  When Lajon puts eyes on him he is greeted with “What’s up man”.  At this point he is being carried across the floor like C3PO at the end of Return of the Jedi.  And just as he reaches the barricade the Sevendust front man leans out and gives him a fist bump and lets him know he’s a rockstar.  I can guarantee that’ll be something that young fans will remember for a long time to come.

Sevendust would reach back for another heavy hitter off of Animosity with Shine.  As instructions are belted from the stage to “Get your hands in the air” the entire building begins to fiercely pound their fist towards the band just as the vicious opening tears through the room.  I’d have to say that this was Lajon Witherspoon’s shining moment vocally.  His voice just carried endlessly around the venue and was filled with so much power and soul it was impossible not to be motivated to sing right along with him.

But when the chorus would pull up, the three way harmony of Lajon, Clint and John really soared off the stage.  While the band rings out on that last note all the lights around the stage strobe and flash as a finale to tonight’s event.  But as the band walks off stage, it is blanketed with dark blue light much like how it looked when the show started.  Lucky for us, there was a little more music left to be played.

Before long the band starts to file back out to the sounds of a screaming crowd.  The smiles on each of their faces as they return more or less wrapped up their feelings of the night in one small facial expression.  While the band starts to get into position the spotlight shines down on Morgan Rose as he builds up with the cymbals around his kit.  But it would be John Connolly to kick off the last song of the night as he chugs and cues of Morgan’s cry of “YOU CAN’T STOP FUCKING WITH MY HEAD, STOP FUCKING WITH MY HEAD”.  The shot of energy from the stage could have put out a candle flame and was all the fans needed to give the band one final tribute in the pit as Face to Face is served up.

Sevendust held out on letting loose on one of their most crushing songs until the last minute.  But when those breakdowns drop the crowd’s intensity goes through the roof as not a single person is caught standing still.  When the dust settles from battle, Sevendust closes it out with a thunderous conclusion and every single person in the venue voices their sincere enjoyment of the show with a deafening ovation.  Before the band would say their final farewell, Lajon makes one last gesture of inclusion for the fans as he asks “Would you all like to take a picture with us tonight’.  Making it one more fond memory for their fans to remember this amazing show by.

There are few bands out there that take the time to interact with their fans like Sevendust.  Throughout the entire show Lajon Witherspoon and Vince Hornsby would sing to and acknowledge individuals in the crowd as John and Clint showered the fans with guitar pics.  And twice Vince could be seen handing out drumsticks mid-song.  How many times can you say that you’ve seen that before? As loyal and devoted as the Sevendust fans are to this band, I think it’s safe to say the band members themselves are equally if not more devoted to them.  True to form this was another amazing show in the long history of this band.  But what makes this show a little more special, is that much like I just touched on, this small run of shows wasn’t about money or promotion of any kind.  But to do their very best to give their fans the gift of live music, and what better time to do so. 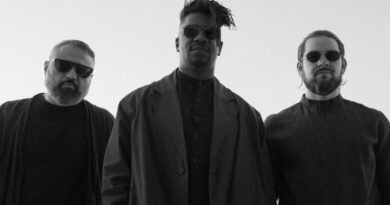 Animals As Leaders Announce The Parrhesia US Tour 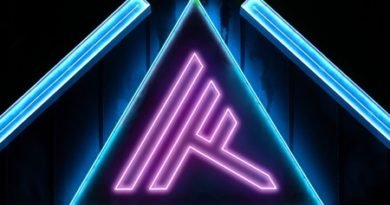 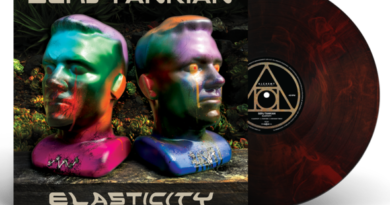 Updated Alert-Join Gibson and Nashville Leaders for A Special Announcement Event and Global Concert, Wed. June 9 at the Gibson Garage