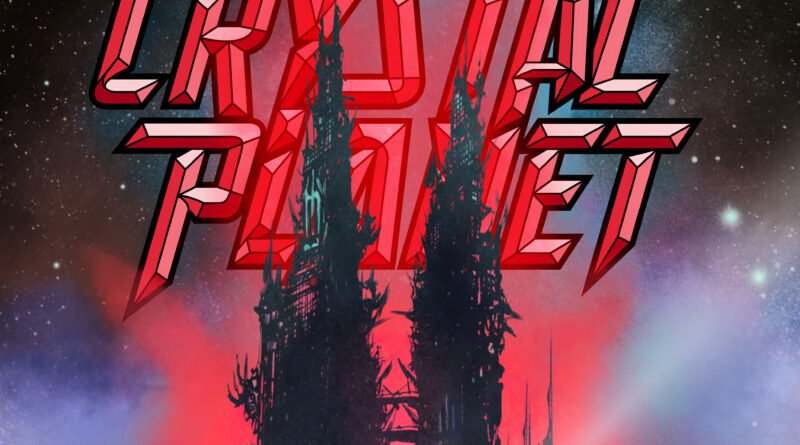 Book will Ship in November 2021 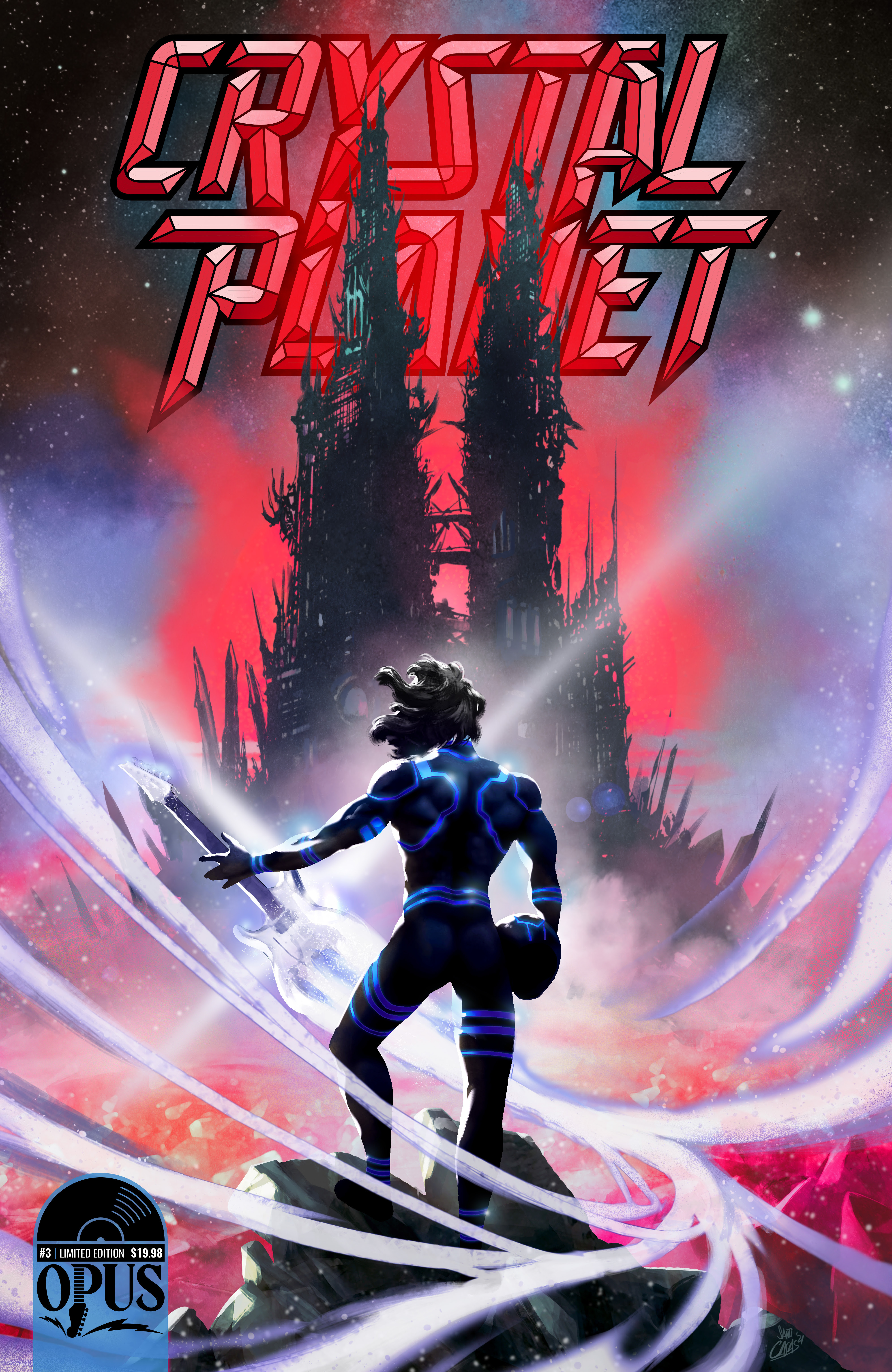 (Los Angeles, CA) – August 17, 2021 – After the extremely successful launch of Joe Satriani’s debut comic book series, Crystal Planet in January, issue #3 is now set to release this November. Created by Joe Satriani and Ned Evett the series is released in conjunction with Incendium under the music-focused OPUS imprint. Issue #3 is available for pre-order now, with limited quantities of Issue #1 and #2 still available while supplies last here and here. Due to fan demand, an exclusive limited-edition bundle is also available to purchase now. It features issue #1 signed by Satriani plus a sublimated hat, an art print of issue #2’s cover and an enamel pin. Only 250 sets are available, fans can order the bundle here.

Issue #1 of this vivid space odyssey introduced us to Satchel Walker, a man out of time who finds himself caught between desperate factions as they battle for resources in the perilous orbit of a dying star. In a bold and brutal saga of sentient storms and Wingsuit armies, it’s music, and more importantly the power and emotion that music can conjure, which could bring an end to the conflict, restore harmony to the time stream, and reveal Walker’s true place in the universe. In issue #3, with his father’s old guitar and lifelong friend Sarah Fortune along for the ride, Satchel uncovers new revelations about his past that will likely cost him his future, as his enemies are closing in.

Satriani says, “Everybody loves vintage guitars. What about guitars from the future? Satchel’s got one that can destroy incomprehensible enemies and restore order to the universe with a sound that he alone can conjure from it. Guitars are cool.”

Crystal Planet begins as a five-issue series. The first print edition of each issue will be released as a prestige format limited edition collectible comic book, featuring cardstock covers, specialty foil treatments, glossy pages, and individual numbering. Each first printing will be limited to 1998 copies at $19.98, and available to order here.

The world of Crystal Planet will extend beyond the printed page into toys and collectibles. A Joe Satriani Crystal Planet action figure is also available to pre-order for $29.95, featuring Joe in a Tri-Diver suit from the comics with his signature Crystal Planet Ibanez guitar. Shipping Summer 2021.

About Joe Satriani:
For three decades, the guitar virtuoso has traveled the world, playing to sold-out crowds as both a headliner and as founder of the all-star “G3” guitar extravaganza. Satriani’s studio and live recordings have sold more than 10 million copies worldwide to date and of his many solo albums, two have gone platinum and four others went gold, with 15 Grammy nominations between them. In addition, his last two studio albums debuted Top 10 on Billboard’s Album Chart. His side project, Chickenfoot, featuring former Van Halen frontman Sammy Hagar, former bassist Michael Anthony, and Red Hot Chili Peppers’ drummer Chad Smith saw their debut album certified gold and their second studio album debuted at #9.

Early in his career, Satriani worked as a guitar teacher with many of his former students achieving their own fame, including: Steve Vai, Kirk Hammett, Charlie Hunter, Larry LaLonde among many others.  In 1988, Satriani toured as lead guitarist for Mick Jagger’s first solo tour and he also briefly filled in as the guitarist with Deep Purple following the departure of Ritchie Blackmore.

About Writer Tony Lee:
A #1 New York Times Bestseller and Eagle Award winning graphic novelist and screenwriter, Tony Lee’s numerous credits include Doctor Who, Star Trek, Superboy, 2000AD, Spider-Man, X-Men, Battlestar Galactica, Shrek, Wallace and Gromit, Megadeth and Ozzy Osbourne among many others. Tony also works in television, film and audio where he has written for BBC One and Amazon UK / Audible, as well as working with both US and UK producers and studios as a go-to ’script doctor’.

With 33 years experience as a professional writer, Tony has created stories in pretty much every visual medium. In 2010 he became a #1 New York Times Bestseller for his graphic novel adaptation of Pride and Prejudice and Zombies. In 2014 his Doctor Who / Star Trek Graphic Novel ‘Assimilation Squared’ reached #2, and in 2019 his full cast audio drama of Dodge & Twist was #4 in the New York Times Audiobooks Bestselling List.

About Ned Evett:
Ned Evett is a writer, animator, and inventor of the Glass-Necked fretless guitar. He has built custom Glass-Necked guitars for John Frusciante and John McLaughlin. He is the winner of the 2003 North American Rock Guitar Competition. He co-founded Satchtoons LLC with Joe Satriani in 2014, a creative incubator that develops original animated and live-action content. He is currently finishing a film degree at the David Lynch School of Cinematic Arts.

About Artist Richard Friend:
Multi Eisner Award nominee and recipient of the Comic Con International Inkpot award 2018.  Richard Friend is a 20- year veteran of the comic industry working on titles like Batman The Dark Knight, Justice League, and Wild Cats. No stranger to fusing comic books with hard rock, Richard has more recently worked on Iron Maiden: Legacy Of The Beast, and Megadeth: Death By Design. His love for both music and art is well known with his fans and Richard has been a guitar player since he was 11 years old. Crystal Planet is the perfect challenge to feed his love for both guitar music and sequential artwork!

About Incendium:
Founded in 2006 Incendium is a multi-faceted production company known for an array of animation, comic books, toys, and video games. Driven by our team’s passion for Myths, Monsters, and the brand embraces ’80s and ’90s counterculture with a contemporary twist.
Find us at Incendium Online
Incendium on Instagram
Incendium on Twitter
Incendium Facebook 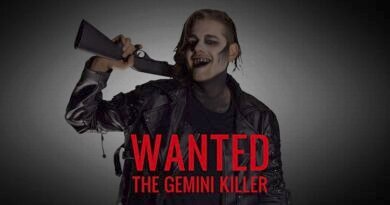 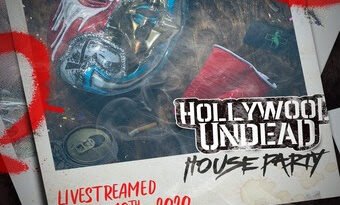 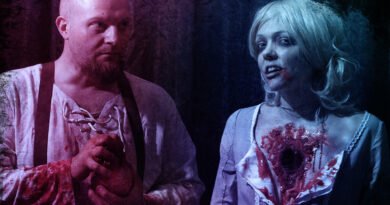 Jam In The Van Announces November Lineup for Speakeasy Sessions