Headed By Industry Veteran And

Billy Alan Productions has been rebranded as Billy Alan 2 and will be led by President Billy Brill, a highly accomplished industry executive and consultant with more than 40 years of success in the entertainment, interactive media and casino booking industries. Brill has been booking national talent for Native American casinos since 1999, and currently represents various casinos in California, Oregon and Mississippi.  Joe Moallempour​ serves as Billy Alan 2’s National Casino Coordinator and both Brill and Moallempour are fully integrated into all departments and talent booking services at DWP.

Billy Alan 2’s services include talent booking, media buying, and branding with new and established Native American casinos to develop entertainment, marketing and promotional strategies.  The company has booked a wide range of successful Native American bands, as well as Duran Duran, Ringo Starr, Chicago, ZZ Top, Snoop Dogg, Gabriel Iglesias, The Beach Boys and Wynonna, along with comedians such as Jay Leno, Jo Koy, Sebastian Maniscalco, Don Rickles and Paul Rodriguez.  Whether appealing to casino “big players” or booking and promoting to a target audience that views music and comedy shows as a large part of the casino experience, Brill fills a niche that has a significant effect on casino revenue.

Brill explained, “I love being the advocate and talent buyer for Native Americans casinos. My goal is to collaborate with DWP and utilize their resources to bring in top level talent to the casinos, offer better ticket prices, and ultimately bring in wider audiences–including more VIPs–to the casino shows.”

Danny Hayes, CEO of Danny Wimmer Presents said, “We love the business that Billy has built and feel that our resources will help him grow and develop the platform. Native American properties are becoming a larger part of every artist’s routing and it makes sense for DWP to expand into this space.“

Brill is a 41-year veteran of the music and entertainment industry with a diverse background in the field. Following his work as a Top 40 DJ in New York (WGMF), Florida (WIVY) and California (KROY) from 1972-1976, he pursued a career in the record industry, working in promotions at Interscope, EMI and MCA Records. At MCA, Brill worked with high profile artists including Elton John, Tom Petty, The Osmonds and Patti LaBelle. Brill was also a music, marketing and promotions consultant for Sony, BMG and EMI.

Danny Wimmer Presents has built a strong reputation in the live entertainment industry for being one of the most innovative festival creators, developers and producers in the country. With multiple successful annual festivals to their name, DWP is one of the most trusted names in the market. In 2021, the company announced its expansion into several new related lines of business including an artist streaming platform, promoting national tours and exclusive venue operations and development. DWP continues to add new music festivals to its already stellar portfolio, which currently includes Aftershock, Bourbon & Beyond, Epicenter, Hometown Rising, Inkcarceration Music & Tattoo Festival, Louder Than Life, Sonic Temple Art + Music Festival, and Welcome To Rockville.

About Danny Wimmer Presents: Since 1995, music industry veteran Danny Wimmer has been producing concerts and festivals, both large and small. In 2011, he formed Danny Wimmer Presents, which now produces several of the largest rock and alternative festivals in the U.S. By combining A-list talent with local cuisine and culture, DWP has become recognized within the industry for delivering the highest-quality entertainment experiences to fans, artists, sponsors, partners and host cities. DWP creates memorable and all-encompassing festival experiences, leaving both consumers and partners with lasting and meaningful impressions. DWP will continue to add new music festivals to its already stellar portfolio, which currently includes Aftershock, Bourbon & Beyond, Epicenter, Hometown Rising, Inkcarceration Music & Tattoo Festival, Louder Than Life, Sonic Temple Art + Music Festival, and Welcome To Rockville. Previous DWP festivals include Rock On The Range, Carolina Rebellion, Northern Invasion and more.  In 2020, DWP launched the popular digital series Offstage with DWP and Beyond the Barrel, and ventured into the digital content curation space, promoting pay-per-view livestreams. 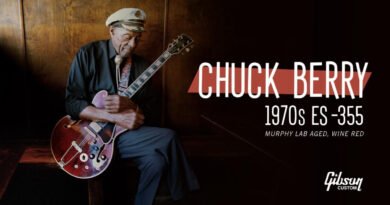 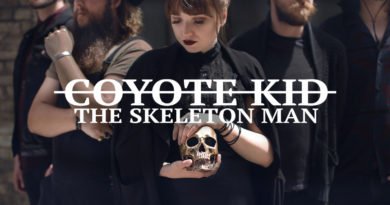 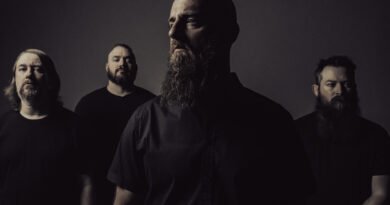 LORDS OF ACID Set to MAKE ACID GREAT Again Across the US!!!

14th February 2020 Calypso Dread Comments Off on LORDS OF ACID Set to MAKE ACID GREAT Again Across the US!!!