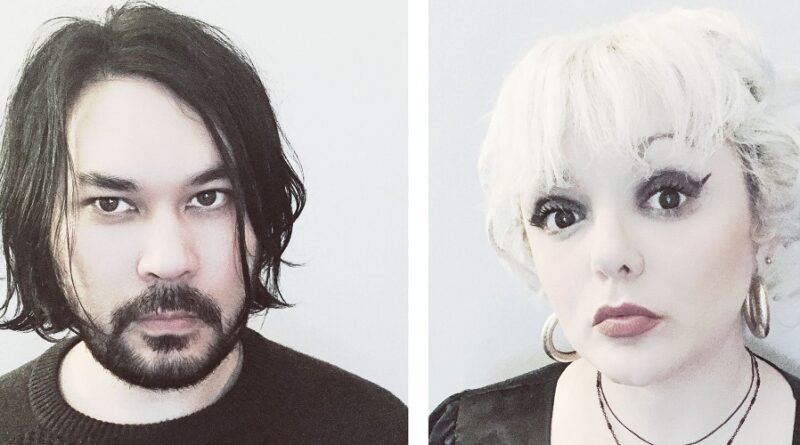 June 7, 2021 – Glasgow based darkwave/post-punk duo Hanging Freud have just unveiled their sixth full-length album Persona Normal. The band states: “We were living between the UK and Brazil, going back and forth. These were two societies going through extreme change. The whole world was changing in a way that felt scary.”

Some themes of Persona Normal deal with detachment, dissociation, what it means to be human, political issues and about strong, irrational cults. These are approached in tracks like “I beg you” and “We don’t want to sleep”. Persona Normal is also a record about transformation, and growth, accepting losses and coming to terms with the loss of innocence.

Persona Normal is available now in physical and digital formats on HANGING FREUD‘s label, Tiny Box. Persona Normal was written produced and recorded by the duo with mastering duties from James Plotkin (Khanate).

For fans of: THE CURE, COCTEAU TWINS & CRANES

HANGING FREUD‘s new record Persona Normal sees a progressive change with more urgency and directness in sound and while maintaining a synth/drum machine approach. The album moves the duo into a new post punk, krautrock and art rock direction rather than the more emotive, goth inspired leanings of their previous record Nowhere.