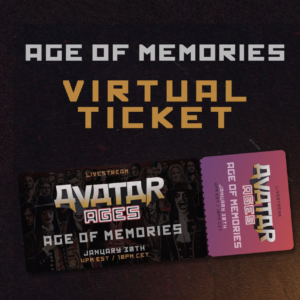 As we hit week 4, Avatar’s monumental AGES comes to a close.  But the irony, is that the band ends it all and goes back to the beginning with MEMORIES.  This show would bring Avatar back to their roots and touching on the bands first 3 albums, going back as long as 15 years ago.  Before the impressive stage outfits and the birth of  “the clown”, they were just 5 guys who were in a band and loved to play heavy metal for their fans across the world.  Tonight, Avatar takes us back in time and shows us the start of their evolution as a band and the music of that time in their career. 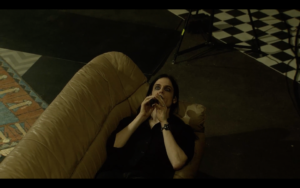 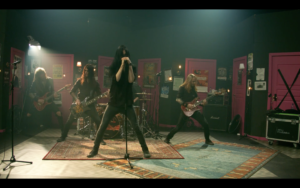 Unlike the start of the previous shows, this would be significantly less dramatic.  Instead, we find singer Johannes Eckerstrom laying comfortably on a couch reminiscing about waking up in the bands rehearsal spot in the dark and not really knowing where he was at first.  He then touches on a more embarrassing memory of the band being forced to rehears in their underwear do to how hot it would get in the room.  Anyone who has ever been in a band can relate to that to some degree, mostly with their clothes on I’m sure.  Before long, Johannes takes his spot with the band and their stage is now dressed up to look like a that very spot in which their career took off. 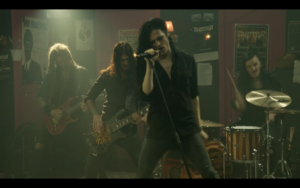 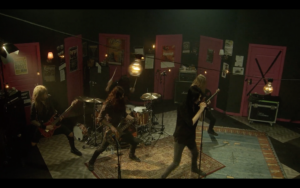 With the band igniting into the title track of 2007’s “Schlacht” the overall change in tone is immediately felt from the other shows.  Avatar really stripped down the theatrical element and showed us that there is much more to them than face paint and matching costumes and the subtlety of the room really plays into that as well.  The music itself takes on a whole different feel giving us that signature taste of Swedish metal.  Johannes lets his signature growl take each song from beginning to end with little to no clean melodies other than his occasional tenor like vocal lifts.  Just before the kick off of “Stranger“, Johannes reminds the fans that former guitar player Simon Andersson got a case of “quitting the fucking band”. 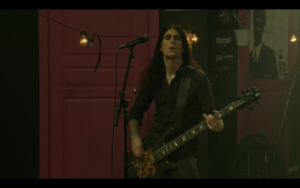 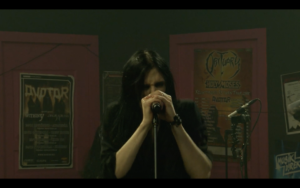 All joking aside, Johannes does compliment him on writing a masterpiece and that it fit perfectly into something that he had been working on.  Throughout the first have of this show, Avatar reaches back and pulls out some classic from the early days. Some of which that hasn’t been played in over a decade including “My Shining Star” and “All Hail the Queen“.  But a highlight would have to be the band christening a song live for the very first time with “Die With Me” from their sophomore album Schlacht.  Following the aftermath of the crushing and only fitting “War Song”, we are taken on a video timeline of the band on and off the stage as they hit the road.  It really shows the more modest days of Avatar, playing clubs and just being young kids doing what they love. 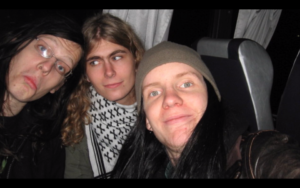 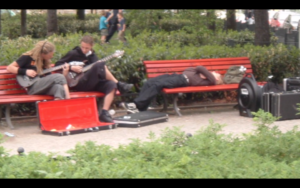 When we return from our trip down memory lane, we are greeted by the bulbs of the AVATAR light begin to fire up one letter at a time.  As each letter begins to glow we start to see the silhouette of the band staring back at it.  Even with a little bit of down time, Avatar come out swinging for the fences with “Queen of Blades” and knocked the dust off of “The Great Pretender” which hasn’t hit a stage since 2011.  Once again we get a song that we get to hear live for the first time with “Out of Our Minds“.  With its speedy triplets and soaring falsetto vocal sections you can really hear the Devin Townsend influence which is not an east feat. 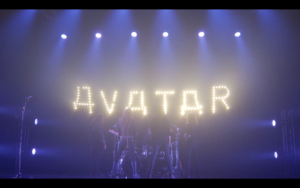 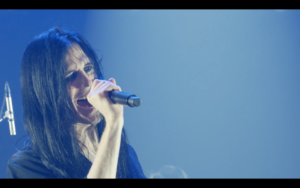 This second half of the show would certainly put on the 6 string talents of the virtuoso pairing of Jonas Jarlsby and Tim Orhstrom.  With songs like “Revolution of Two” or “Roadkill” we are left in awe of what these guys can do to create multi-layered harmonies and blistering leads.  Drummer John Alfredsson’s feet move as if independent from his own body as he explodes into the fury filled “Pigfucker” to induce all the headbanging you could possibly need.  But it would be the nights final song that would really bring show to a proper close as the epically brutal yet uplifting “Lullaby (Death All Over). 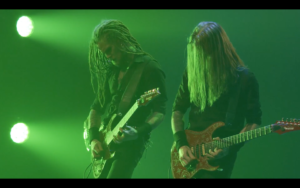 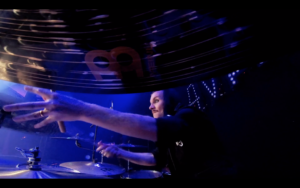 This almost 8 minute track had singer Johannes Eckerstrom’s vocal range was on full display as it served as a conductor, taking us all through the highs and lows of this emotional charged song.  There are songs that just go to another level when bands perform them live and this was no exception perfect example of that.  As John grabs the last cymbal hit we hear the sound of the Johannes’s piano playing echoing in the air.  Soon the band joins in, creating an instrumental score as Johannes can be seen leaving the building until he stands in the cool Gothenburg air with his arms wide, embracing the city skyline. 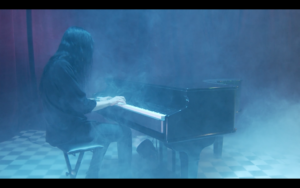 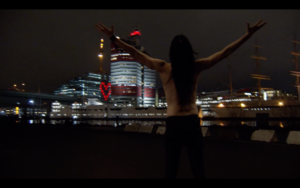 For 4 weeks, 4 shows and 74 songs songs, Avatar and Danny Wimmer Presents have not only given the fans a handful of unique shows but 4 chapters of the story of this amazing bands history.  Whether you’re a long time fan, newer fan or just someone that had wanted to catch the show, it is impossible to not acknowledge how much dedication and pride Avatar has poured into making AGES something that the fans would remember for a long time.  And with this successful narrative at a close, we can all agree that the wait might be long but when Avatar hits the stage in front of a live crowd it will all be worth it!  Make sure to head over to Avatar Ages to grab all your merch form the show and don’t forget, MEMORIES will only be streaming until 11:59pm tonight so grab your tickets while they last. 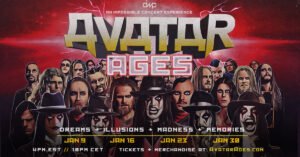 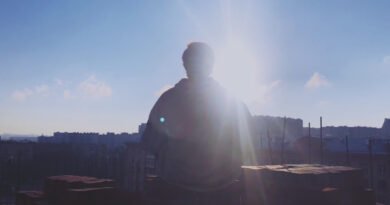 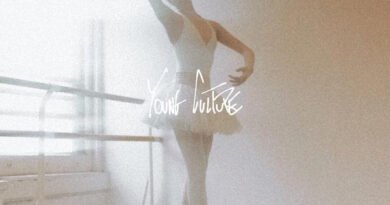 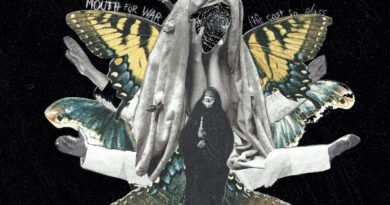