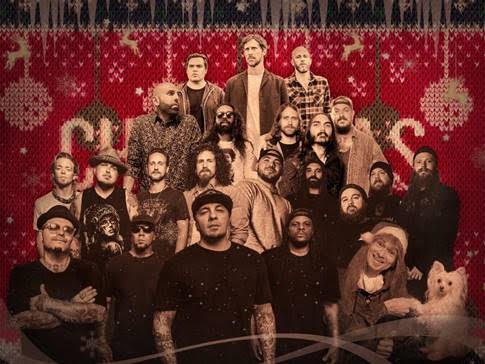 Launching Today With Songs By P.O.D. and Crobot

You can listen to P.O.D. ‘Christmas Lullaby’ here:

You can listen to Crobot ‘What Child Is This?’ here

The nights get darker, the weather gets a little crisper and twinkling lights adorn houses, trees, streets and shop windows. In the distance is the gentle jingle-jangle of bells echoing to the joyous smiles of children throughout the world and as yuletide is being toasted; hark, what is that sound we hear? Oh my, it’s P.O.D., 10 Years, Crobot, Ayreon, Otherwise, Black Stone Cherry and Dragged Under – or doth my ear deceive me?

Joyriding through stereos across the globe on 27th November, via your favourite streaming platforms will be the unstoppable sound of Mascot Records’, ‘CHRISTMAS ROCKS’ E.P. But, as a little Apéritif we give you, today, songs by P.O.D. (‘Christmas Lullaby’) and Crobot (‘What Child Is This?’).

P.O.D.’s beautifully poignant Christmas Lullaby is a gentle acoustic reminder of love and warmth. “Christmas Lullaby Inspires me, gives me hope during these uncertain times. It’s a positive, beautiful, Christmas vibration. Thought provoking and heart felt. It resonates from Southtown, San Diego, all the way to the North Pole,” says Marcos Curiel. This gives way to the sound of Las Vegas hard-rockers Otherwise, ripping through Chuck Berry’s Run Rudolph Run and then into Knoxville’s 10 Years, who create an epic and expansive version of Silent Night. Talking about the song they say; “Silent Night has always been one of our collective favorite Christmas songs. It’s a classic, and we didn’t want to stray too far from what is familiar to people, but we did try to put our own touch on it!”

Kentucky’s favourite sons Black Stone Cherry channel their inner-Elvis Presley on their riotous Southern Rock take on Blue Christmas. Seattle punks Dragged Under show that you can do Christmas-catchy but heavy as they take on a different direction on This Holiday. Frontman Tony Cappocchi explains; “This Holiday is our answer to all the super happy Christmas songs that are forced on us year after year. They’re all so cheery, and bubblegum, and the reality is that the holidays aren’t like that for everyone. A lot of people (especially this year) don’t think of the holidays as a great time. Whether they’ve lost someone, don’t have family or money, or just don’t like being around people pretending to like each other. I had skipped holidays for years while working my dead-end retail job, and I think it made me a little cold to the holidays. Especially when people come to the mall and only think about themselves while screaming at the retail worker because they didn’t have the right toy. We’ve lost the reason for the season.”

Only Crobot could turn a 19th-century hymn into a doomy Black Sabbath-esque colossus on What Child Is This? with the band saying; “With such a rippin’ roster of awesome bands, Mascot has brought us all together to help put you in the Christmas spirit! So put a bow on it and slide it under the tree! Santa, we won’t forget to leave some riffs next to your cookies. Merry Riffmas, Beardos!”

Ayreon embrace the full arsenal of festive song weaponry on ‘The Last Day Of War And The First Day Of Peace’; uplifting vocals, a beautifully infectious melody, bells and a Lennon-esque sentiment. Talking about the song Arjen Lucassen said; “I was asked to record a Christmas song, and my first thought was that it’s not really my thing. But as I thought about it, I suddenly remembered that 27 years ago in 1993, I already recorded a sort of Christmas track, but it was never used. I re-recorded the track, Lori adapted the lyrics, I made it a bit more ‘Christmassy’ and of course added the obligatory sleigh-bells. The coolest thing about this track is the party sounds you hear in the background. That was actually recorded in the meeting room of the record label by the whole Mascot staff! Hope you like it, ho ho ho!”

Like a mini-aural advent calendar, a little musical treat will be revealed every week on streaming services from the 29th October until 27th November, when you can gorge yourself on the whole packet.

Mascot Label Group is a 100% independent record company specialized in guitar-oriented music with a focus on rock, metal and (Blues) guitar. The company has offices in New York, London, Paris, Milan, Cologne, Stockholm and Rotterdam (headquarters). 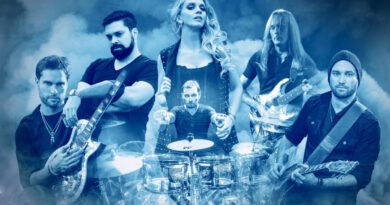 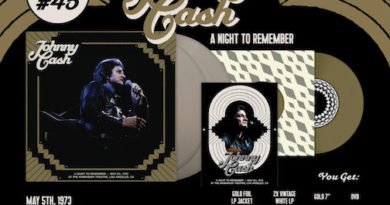 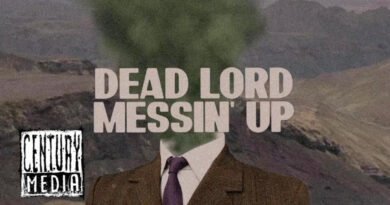