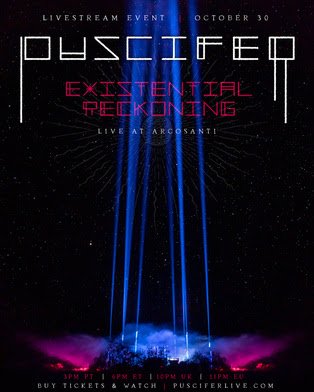 PUSCIFER TO TAKE VIEWERS DEEP INTO THE HEART OF THE

Puscifer have become known for their kinetic live productions, a merging of music and the theatrical. Over the years, concertgoers have been treated to live Luchadores, a “Hee Haw” themed revue, and a desert-set campfire replete with an Airstream trailer. What does the band have in mind for their first performance of the pandemic era, and the debut of their Existential Reckoning production? Only Billy D. knows for sure, but one thing is for certain, it will be unlike anything Puscifer has done before.

“If you’re not familiar with Arcosanti, I highly recommend that you look it up,” says Maynard James Keenan of the location. “It’s one of a long list of examples of architects, artists, actors, musicians, writers, and poets. People who are not necessarily from Arizona but came here and found that creative tick that burrows under your skin here, something that sets you in a motion to respond to this, what I consider to be equal parts inspirational and hostile, environment. It’s not easy to survive here. There’s already been a dust devil that’s whipped through here, rattlesnakes, crazy red ants outside of my sleeping quarters which tried to consume my dog. We feel like we’re on the edge of the world. Imagine if you were an extra-terrestrial traveler and you landed in the Southwest and wanted to assume an identity here and blend in, this would probably be a good spot to do that.”

The location, Arcosanti, was described by Architectural Digest as a “utopian metropolis in the Arizona desert” that “looks like the sublime set of a big-budget sci-fi movie.” A location that’s both inspirational and bewitching, as Arizona itself often is. The 48th state has played a silent, yet meaningful, partner to the musical troupe, with its vistas and deserts often appearing in the band’s music videos, as concert backdrops and as the subject of numerous lyrics.

Livestream tickets, as well as a selection of limited edition merchandise exclusive to attendees, are available now via pusciferlive.com. The livestream debuts on Oct. 30 at 3:00 pm Pacific/6:00 pm Eastern/10:00 pm UK/11:00 pm EU and remains on-demand for 72 hours.

“We could do a live stream from anywhere – a sound stage, an empty theater. But this location, at Arcosanti, in the heart of the unforgiving yet beautiful Arizona desert, adds another dimension to Puscifer’s music,” says Danny Wimmer, Founder of Danny Wimmer Presents, the largest independent festival producer in the United States and co-producers of “Existential Reckoning: Live at Arcosanti.”

“Maynard is an artist in everything he does, from his music to his wine to his farm-to-table restaurant. The common thread running through all of it is that he doesn’t take any shortcuts – and he’s chosen an environment that doesn’t allow for shortcuts,” he continues. “’Existential Reckoning: Live at Arcosanti” promises not just to be an experience, but to be an insight into that desert world that fuels and inspires Maynard and Puscifer. The only thing better would be to enjoy the show with a glass of Maynard’s Caduceus wine in hand.” 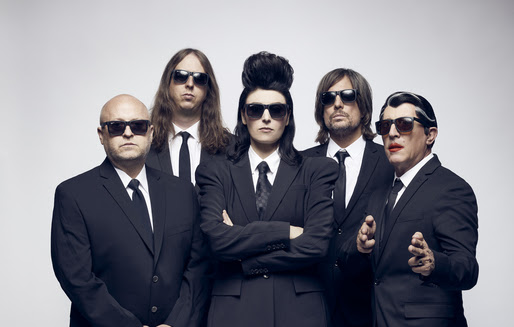 Born somewhere in the Arizona desert, Puscifer is an electro-rock band, multimedia experience, traveling circus, and alien abduction survivors. The group’s catalog consists of three full-length studio albums—“V” is for Vagina [2007], Conditions of My Parole [2011], and Money Shot [2015]—in addition to a series of EPs and remixes. Beyond the core trio of Maynard James Keenan [vocals], Mat Mitchell [guitar, production], and Carina Round [vocals, songwriting], the group’s ever-evolving ecosystem encompasses Greg Edwards (bass, guitar, keys), Gunnar Olsen (drums), as well as a cast of characters such as Billy D and his wife Hildy Berger, Major Douche, Special Agent Dick Merkin, and many more. Meanwhile, the moniker’s origins can be traced to a 1995 episode of the HBO classic Mr. Show where Keenan first utilized the name “Puscifer.” In addition to tallying tens of millions of streams and views, they’ve piqued the curiosity of press. Entertainment Weekly christened them, “Exceptionally groovy,” and Revolver fittingly described them as “indescribable.” Renowned for an immersive live show, the group’s performances blur the lines between concert and theater, traversing the dusty American Southwest with Billy D and Hildy or the sweaty squared circle with Luchadores. They’ve brought this to life everywhere from Coachella to Bonnaroo. On their 2020 debut for Alchemy Recordings/BMG entitled Existential Reckoning, Puscifer track Billy D back to the desert and, just maybe, uncover the truth about aliens once and for all.

Since 1993, music industry veteran Danny Wimmer has been producing concerts and festivals, both large and small. In 2011, he formed Danny Wimmer Presents, which now produces several of the largest rock and alternative festivals in the U.S. By combining A-list talent with local cuisine and culture, DWP has become recognized within the industry for delivering the highest-quality entertainment experiences to fans, artists, sponsors, partners and host cities. DWP creates memorable and all-encompassing festival experiences, leaving both consumers and partners with lasting and meaningful impressions. DWP will continue to add new music festivals to its already stellar portfolio, which currently includes Aftershock, Bourbon & Beyond, Epicenter, Hometown Rising, Louder Than Life, Sonic Temple Art + Music Festival, and Welcome To Rockville. Previous DWP festivals include Rock On The Range, Carolina Rebellion, Northern Invasion and more.  In 2020, DWP launched the popular digital series Offstage with DWP and ventured into the digital content curation space, promoting pay-per-view live streams.  www.DannyWimmerPresents.com

Note: If you’d like to embed the video trailer into your story, here’s a direct link: 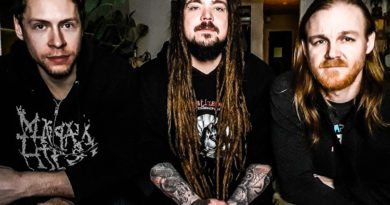 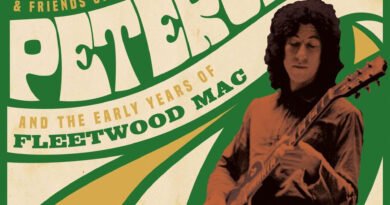 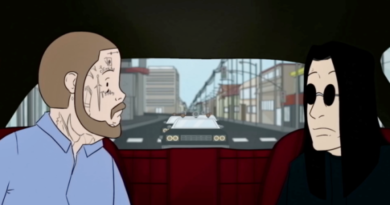