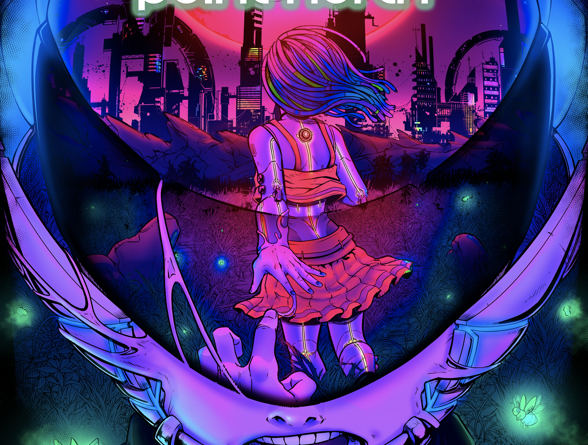 Uncategorised
20th August 2020 Rob Cella 93 Views
POINT NORTH
SHARE LATEST SINGLE AND VIDEO
“NO ONE’S LISTENING”
DEBUT ALBUM BRAND NEW VISION
OUT AUGUST 21ST
WATCH NOW AT smarturl.it/NoOnesListening
August 19, 2020 – Los Angeles, CA – Alternative rock band Point North has shared the sixth track off of their upcoming debut album, Brand New Vision, out Friday August 21, 2020 on Hopeless Records. Fans can check out the new single and video “No One’s Listening” now at smarturl.it/NoOnesListening
On the latest single the band shares,”‘No One’s Listening‘ is a song written about the inequality and injustice that migrant Americans face on a daily basis. We wanted this track to express the detriment, frustration and sense of entrapment it can cause. It’s super important to us that we utilize our platform to spread awareness on social injustices such as these. Resources for putting an end to the unjust raids, deportation of mothers and fathers, and separation of families can be found below.”
https://unitedwedream.org/abolishice/
https://www.afsc.org/abolish-ice
https://www.riseandresist.org/abolishice
To celebrate the release of their new album, Point North has announced that they will be performing a LIVE full production and full band release show on August 20, 2020 at 7:30p PT/10:30p ET. Fans can grab tickets for the livestream, with an option to purchase a signed CD, now at live.pointnorthband.com
With their debut album, Brand New Vision, Point North embraces an alternate reality that celebrates a break from predictability and normalcy for a world that is uncomfortable, a world that has meaning, a world in color – a place to feel something.
Brand New Vision opens with the title track “Brand New Vision” (featuring DE’WAYNE) and the introduction of Drax, the sentient being that we will be following on our journey through this world. Through Drax’s eyes and singer/producer Jon Lundin‘s honest, raw and fragile vocals, Point North illuminates the landscape with big instrumentation, massive energy, and an earnest optimism that sets the tone for the songs to come. With roots in pop and hip hop to punk rock and even heavy metal, Point North has crafted an entirely unique sound that seamlessly layers big anthemic rock with pop hooks and soulfully vulnerable vocals.
In the soul-searching, “Into The Dark” (featuring Sleeping With Sirens’ Kellin Quinn), the breakout single that enjoyed weeks of airplay on Sirius XM Octane, Point North showcased both the passion and unbridled energy of the journey through the honest truths, dilemmas, and hardships we face as emotional creatures. In the next moment, Point North takes us through a story of self-forgiveness and self-love, with “A Million Pieces,” and the darkness and despair of cold realities and hopelessness in “No One’s Listening.” Through it all, Drax continues to push forward, not wanting to accept a broken world with inevitable truths, culminating in the closing track, “Be The Same,” Point North‘s driving message to the world. It’s okay to feel discomfort, it’s okay to acknowledge that you’re reaching for a change, it’s okay to say “I don’t want to be the same.”
Self-produced by Jon Lundin and Point North, Brand New Vision is the album Point North have waited their entire lives to release. Devoid of crazy metaphors or poetry, Brand New Vision is human, honest, vulnerable, and aspirational. As the band asserts, “If we can inspire one person to exert some good into this world, we have done our jobs.”  Brand New Vision is available to pre-order at smarturl.it/brandnewvision
Point North is Jon Lundin (vocals), Andy Hershey (guitar), and Sage Weeber (drums)
### 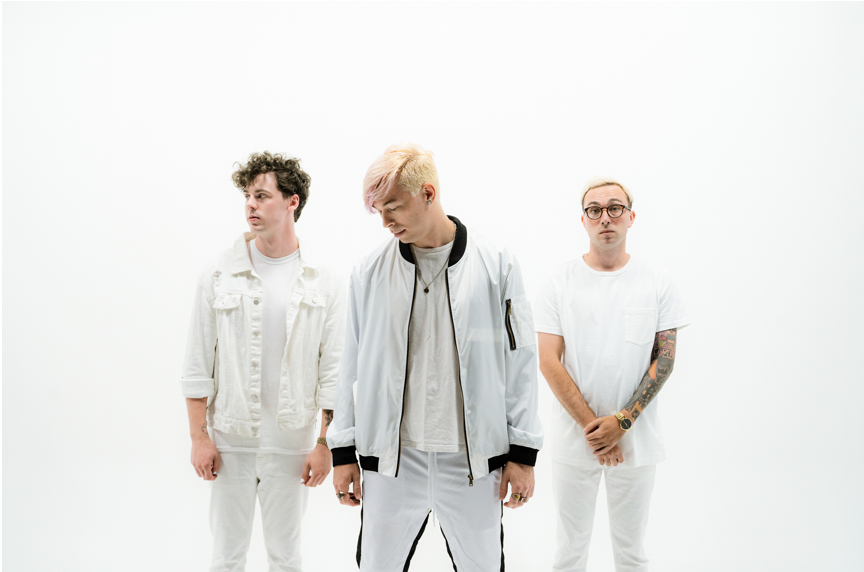 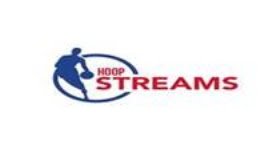 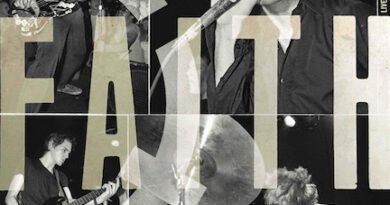 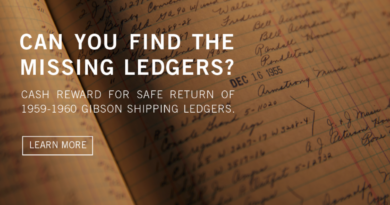 Gibson: Launches Search for Missing 1959-1960 Shipping Ledger Gibson to Award $59,000.00 Cash For The Safe Return Of Historic 1959 Book Which Disappeared From Gibson Archives 30 Years Ago

14th July 2020 Rob Cella Comments Off on Gibson: Launches Search for Missing 1959-1960 Shipping Ledger Gibson to Award $59,000.00 Cash For The Safe Return Of Historic 1959 Book Which Disappeared From Gibson Archives 30 Years Ago