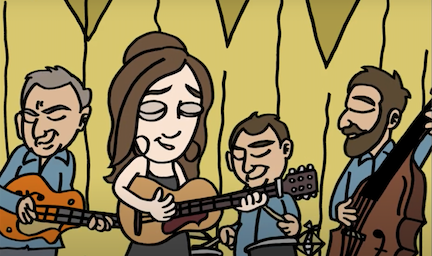 Uncategorised
31st July 2020 Rob Cella 289 Views
SINGLE FROM ALBUM THE SOUTHWEST SKY AND OTHER DREAMS – OUT AUG 28
PREMIERED ON THE BLUEGRASS SITUATION
VIDEO EMBED:
<iframe width=”560″ height=”315″ src=”https://www.youtube.com/embed/GE22V353LUg” frameborder=”0″ allow=”accelerometer; autoplay; encrypted-media; gyroscope; picture-in-picture” allowfullscreen></iframe>
WATCH/LISTEN TO “PINK LEATHER BOOTS” HERE
Fredericksburg, VA’s Karen Jonas shares a quirky new animated video for “Pink Leather Boots” off of her awaited fifth album, The Southwest Sky and Other Dreams – out August 28 via Yellow Brick Records. The track premiered on The Bluegrass Situation this past Monday with the help of animator Matt Rasch capturing the perfect vision Karen had envisioned for the accompanied video.
Karen Jonas tells The Bluegrass Situation, “Guitarist Tim Bray and I were driving from Austin to Santa Fe when I first scribbled some notes for ‘Pink Leather Boots.’ I had my boots up on the dash and was marveling at the space — the sheer acreage of Texas leaves room for all kinds of ghosts to hang around.“ With this inspiration for the song, the drive also led for the inspiration of the video. Karen shares, “We passed a neon sign that proudly announced, ‘Dancing Girls!’ I pictured the scene there — an ambitious trucker falls in love and daydreams a future with this Dancing Girl, only to drive off into the sunset empty-handed. He drops that dream like the rusted car in the side yard, driving on to newer, shinier, perhaps more accessible dreams. On to whatever comes next. Sometimes, just dreaming is enough to fill the time.”
Karen Jonas’ new album, The Southwest Sky and Other Dreams is a flashback-fueled fever dream of Americana songcraft and storytelling. Taking the vast desert expanses of the American Southwest as her backdrop, Jonas embroiders small-town snapshots into vivid explorations of our inner struggle between ambition and inaction.
The Virginia singer-songwriter’s most accomplished and evocative expression to date, The Southwest Sky and Other Dreams captures that aching space between romantic dream state and numb reality like few before.
“It’s amazing that our brains are capable of sustaining this whole existence of imagination … of these dreams and goals and ambitions,” mulled Jonas, chatting from her Fredericksburg home. “But sometimes that’s enough. Because sometimes the action isn’t really critical to get you through the day.”
Drawing from memories of love-struck travels around desert California in a converted Greyhound bus, and scribbled notes taken between tour stops in dusty West Texas, The Southwest Sky and Other Dreams overlays relatable characters and circumstances with the fathomless mystery of the human condition. Astonishingly articulate and atmospheric, it turns the desert’s dichotomous sense of endless space and counterintuitive claustrophobia – both actual and imagined – into a profoundly lucid metaphor that lingers long after its final notes.
For more information, please visit www.karenjonasmusic.com
CONNECT:
Website
Facebook
Instagram
Twitter
YouTube
Share This Post: 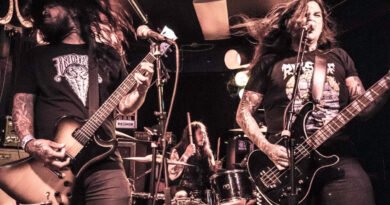 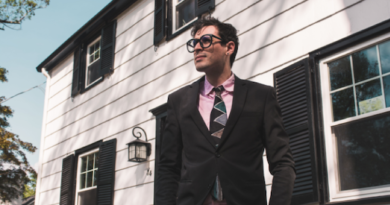 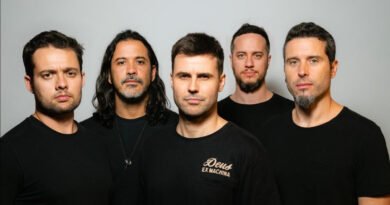