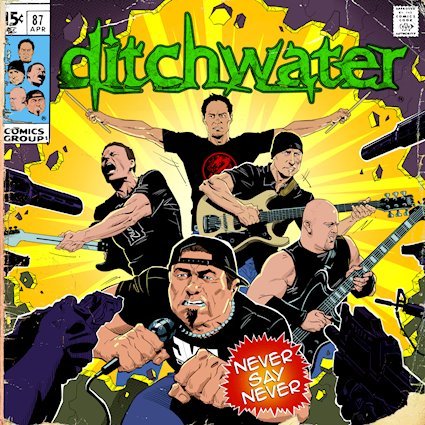 Ditchwater has beeen a huge fixture in the Chicago music scene since 1993.  Having endured all the changes in the music scene, they have weathered the storm and come out stronger each time. Always a band for the people, they have continued to build their brand of Heavy Rock and over the course of their career, released 6 independent albums.  All completely on their own and without hardly any outside help or influence.

In April of 2018 guitarist Mark Anderson and vocalist Mike Meadows began writing a new album. Leaving behind all past influences and concentrating on creating something unique yet true to the Ditchwater sound. 10 new blistering tracks (including a faithful yet modern take on the Motörhead classic “Iron Fist”) mixing heavy grooves blending emotional melodies with dramatic harmonic passages. The result: a guitar and vocal driven slab of pure energy and ambition.

The title, “Never Say Never”, is the 7th album in the Ditchwater catalog proving that the band is sounding bigger and better than ever before. The new and improved Ditchwater caught the ears and eyes of Pavement Entertainment. After signing to Pavement in 2020, the days of independence and having to do everything themselves have quickly come to an end.  With a powerful and world renown force behind them label wise, the 7th chapter of Ditchwater is sure to be the chapter for the rock and roll history books. The time has come…Never say die…Never say never! 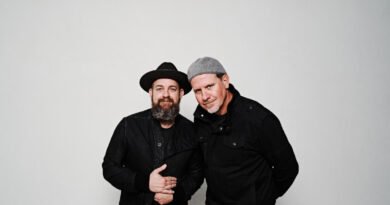 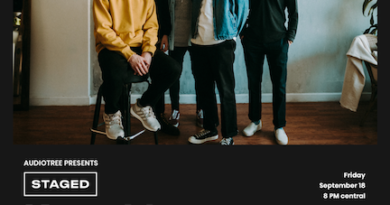 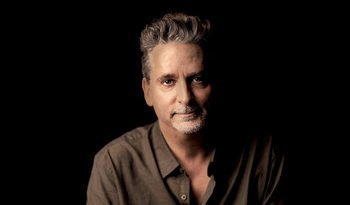