Uncategorised
25th July 2020 Rob Cella 459 Views
THE REX FOUNDATION AND THE JERRY GARCIA FAMILY ANNOUNCE
“DAZE BETWEEN”
INAUGURAL NINE-DAY LIVESTREAM EVENT
TO FEATURE EXCLUSIVE MUSICAL PERFORMANCES AND STORYTELLING CELEBRATING THE LIFE AND LEGACY OF JERRY GARCIA
WILL INCLUDE PERFORMANCES AND STORYTELLING FROM:
THE GRATEFUL DEAD, DEAD & COMPANY, AMOS LEE, AMIGO THE DEVIL,
HISS GOLDEN MESSENGER, PIGEONS PLAYING PING PONG, MOLLY TUTTLE, TWIDDLE AND MORE
LIVESTREAM TO ALSO FEATURE ONLINE AUCTION OF ICONIC
GRATEFUL DEAD MEMORABILIA
The Rex Foundation and The Jerry Garcia Family have announced that they will bring a cherished tradition to the virtual sphere for the first time with Daze Between. The inaugural livestream will feature nine days of exclusive musical performances and storytelling to celebrate the life and legacy of Jerry Garcia. The event marks 25 years since Garcia’s passing and will run from August 1-9, 2020. Proceeds will benefit the Rex Foundation, a nonprofit organization created by Grateful Dead in 1984.
Daze Between is designed to be a community-wide celebration encompassing a variety of platforms and partners including Live From Out There/11Eleven Group, DayGlo Ventures/Relix, Jerry Garcia Estate, Activist Management, Nugs.net, level, KEEN and Teton Gravity Research. Content will be streamed live across Nugs.net, Fans.com, Facebook, Youtube, and other channels, with a home base on www.dazebetween.com. Throughout the week, fans will have the option to donate to the Rex Foundation using text-to-give or payment options embedded within each streaming platform.
Daze Between will feature performances by: Grateful Dead, Dead & Company, Bob Weir & The Campfire Band, The Jerry Garcia 75th Birthday Band, The Jerry Garcia 75th Birthday Acoustic Band, as well as a screening of Move Me Brightly, featuring Bob Weir, Phil Lesh, Mickey Hart, Bill Kreutzmann, Jeff Chimenti, Donna Jean Godchaux, Neal Casal, Joe Russo, Jon Graboff, Mike Gordon, Jim Lauderdale, Adam McDougall, Jason Roberts, Harper Simon, Josh Kaufman, Sam Cohen, Jonathan Wilson, Cass McCombs, Chris Tomson, Craig Finn, and Tad Kubler.
Additionally, Daze Between will feature new and archival performances as well as storytelling from artists including: ALO, Andy Thorn, Amigo the Devil, Amos Lee, Circles Around The Sun, Dark Star Orchestra, David Grisman, Del McCoury Band, Della Mae, From Good Homes, Fruition, Giant Panda Guerrilla Dub Squad, Graham Nash, Greensky Bluegrass, Greg Errico, Hiss Golden Messenger, Hot Tuna, Jackie Greene, Jason Crosby, Katie Skene, Keller Williams, Kitchen Dwellers, Leslie Mendelson, Lettuce ft. Melvin Seals, Marco Benevento, Midnight North, Molly Tuttle, Nicki Bluhm, Peter Rowan, Pigeons Playing Ping Pong, Railroad Earth, Roots of Creation, Ross James, Sandy Rothman, Seth Walker, Scott Law, Tejon Street Corner Thieves, The Infamous Stringdusters, The Record Company, Travelin’ McCourys, Twiddle, Tyler Grant & Lindsay Lou, Yonder Mountain String Band with more to be announced.
Kicking off the nine-day event, Fans.com will present Rock My Soul, a day-long celebration of Jerry Garcia’s birthday on August 1st, 2020 presented by KEEN Footwear.
In traditional Dead-culture fashion, Daze Between will extend beyond the music itself and will feature an online auction of iconic Grateful Dead memorabilia including a guitar signed by Bob Weir, copies of Jay Blakesberg’s books of photography, a complete set of Jerry Garcia-inspired posters by Chuck Sperry and more. Additionally, Teton Gravity Research will run their short film, Fire on the Mountain, which finds a cast of some of the world’s best athletes on an improvisational journey of skiing, snowboarding, surfing, and music, complete with a soundtrack comprised of only Grateful Dead music.
Complete event schedule to be released on Friday, July 31.
About The Rex Foundation:
From their earliest days, Grateful Dead received countless requests for help from community organizations. The band became known for their generosity and their numerous benefit concerts. In 1984, members of the band, with family and friends, established the Rex Foundation as a non-profit charitable organization, allowing the band to proactively support creative endeavors in the arts, sciences, and education. Rex identifies those who are out there doing good work, those who might be overlooked, those who are trying to make a difference in their communities, and then provides the funding those people need to carry out their missions.
“The idea of setting up a foundation where we would perform however many times a year seemed comfortable. Rex was the name of one of our roadies who died an untimely death in the 70’s and he was one of our favorite guys. It was the sort of idea he would have loved.”
– Jerry Garcia
“We found ourselves in the dilemma of not having the time to do enough benefits for the things that we were interested in supporting or helping, or any good cause that presented itself. The people that come to ask their local rock and roll band for help are the forgotten people, believe me. If you have to call the Grateful Dead for assistance, you’re definitely falling between the cracks. It’s a matter of conscience. If you feel like you like to do things that help and that it isn’t particularly difficult to do so, it’s a matter of choices. So that’s why we started the Rex Foundation.”
– Jerry Garcia
FOR MORE INFORMATION ON DAZE BETWEEN:
Website | Facebook
Share This Post: 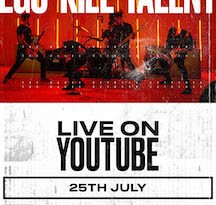 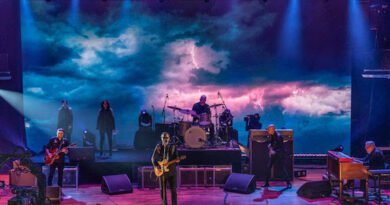 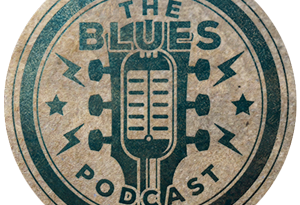 MY LIFE WITH THE THRILL KILL KULT Announce Release of ‘Sinister Whisperz III: The Rykodisc Years’

13th February 2020 Calypso Dread Comments Off on MY LIFE WITH THE THRILL KILL KULT Announce Release of ‘Sinister Whisperz III: The Rykodisc Years’