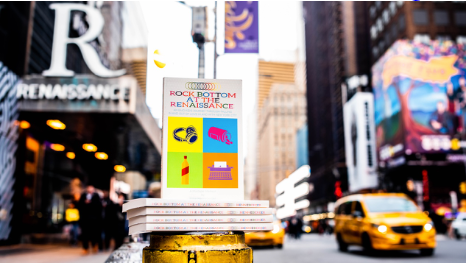 Uncategorised
25th July 2020 Rob Cella 400 Views
AJ PERDOMO BREAKS DOWN “SETTLE DOWN”
AND DISCUSSES SUICIDE, MENTAL HEALTH
WATCH NOW AT youtu.be/vesVcE5aKh8
JULY 24, 2020 – NEW YORK, NY -Mike Henneberger, author of Rock Bottom at the Renaissance: An Emo Kid’s Journey Through Falling In and Out of Love In and With New York City is excited to share the second episode of newly launched video series Rock Bottom Book Club. In this episode Henneberger sits down for the second part of a three part interview with The Dangerous Summer songwriter and frontman, AJ Perdomo, to discuss the various themes throughout the book, including suicide and mental health, and how The Dangerous Summer’s single “Settle Down” was featured and interpreted in the book. Fans and readers can check out the interview now at youtu.be/vesVcE5aKh8
Rock Bottom Book Club is a video series launched by author Mike Henneberger where he sits down with musicians, authors, artists, and readers to discuss how music has influenced their own lives in the same ways that music influenced his within his memoir. Henneberger will sit down with artists whose music were featured throughout the book, and will speak in depth about how they feel about the themes woven within, and how their music was interpreted throughout Rock Bottom at the Renaissance. Episode 3, to be released soon, will be the final installment of AJ Perdomo’s interview where the two will discuss Chapter 8 and The Dangerous Summer’s single “Good Things.”
Rock Bottom at the Renaissance, the mixtape memoir from Emmy-winning producer and music journalist (Comedy Central, Rolling Stone, Billboard, Spin, and Vice) Mike Henneberger debuted last month to an incredible first week of sales. The music memoir, featuring songs by Jimmy Eat World, Bayside, Alkaline Trio, Mayday Parade, The Wonder Years, The Dangerous Summer, Bright Eyes, and more – has seen success on Amazon charting as the #1 Best Seller in New York City, Texas and Punk Biographies categories and #1 New Release in New York City, Punk (Music), Music Philosophy & Social Aspects, Suicide, Mental Illness, and Texas categories. Readers can pick up their own copy of the book at rockbottombook.com
Though much of the book is set in a hotel room during a weekend of self-imposed isolation and self-destructive introspection, and navigates the dark tunnels of Henneberger’s booze and drug-addled mind, it’s much larger in scope – taking in much of his past. Henneberger tells us of his Texas childhood defined by divorce, sibling rivalry, and an instability that forced him to navigate the most important years of a young man’s life without any sort of compass. He takes us through his minor successes – touring in bands, launching a magazine, and performing stand-up comedy – as he wonders if the sense of confidence instilled by those accomplishments is actually delusion. We get aglimpse into his time in the U.S. Army, which rather than increase his sense of purpose, only increased his chemical dependencies and triggered mental illness. And at the heart of the book, are Henneberger’s quests to find love, and, perhaps most importantly, his relationship with music and its power to get us through life’s toughest moments.
“You might not get that much hope from reading the book,” Henneberger admits. “But you get it from me still being here and putting it out. You have to look at it like an old Dangerous Summer or a Bayside album – it’s fucking dark, and it’s scary and it’s sad, but we were all able to make it through and make that album or book. I’ve been suicidal multiple times in my life, but I’m still here – and you can turn that into something to offer other people so they can deal with things they’re suffering with, just like the bands in this book helped me survive through this stuff.”
Henneberger will be donating 50% of the royalties from sales of the book from June, July and August to MusiCares and For The Nomads to support ongoing fundraisers aiming to provide emergency Covid-19 relief funds for artists & music industry crew members.
Share This Post: 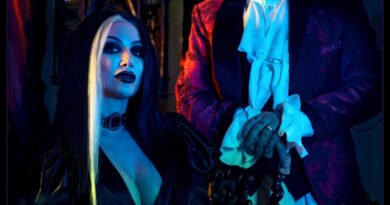 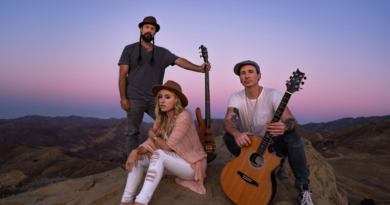 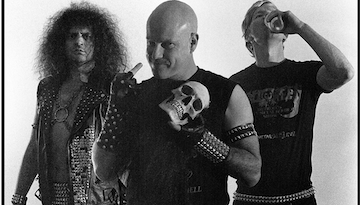 Between The Buried And Me New Album ‘Colors II’ Out Now; Drop New Video for “The Future Is Behind Us”

21st August 2021 Rob Cella Comments Off on Between The Buried And Me New Album ‘Colors II’ Out Now; Drop New Video for “The Future Is Behind Us”