Uncategorised
11th July 2020 Rob Cella 157 Views
LIMITED TICKETS AVAILABLE FOR PRESALE ON
MONDAY, JULY 13 AT 10AM
TICKETS GO ON SALE TUESDAY, JULY 14th, AT 10AM
VIA CCTIX.COM, VERNONDOWNS.COM, AND TICKETMASTER.COM
Creative Concerts and Vernon Downs have announced that moe. will continue their 30th anniversary celebration and release of their latest studio album, THIS IS NOT, WE ARE with their Miracle Mile Drive-In Concert on Friday, July 31st!
moe.’s Miracle Mile will offer fans the opportunity to safely enjoy live music while following social distancing guidelines. A car pass provides a designated 20 x 20’ parking space for a standard passenger vehicle and entry for a maximum of four people per vehicle. Concertgoers will be able to enjoy full concert production outside their car, within clearly marked boundaries, for the duration of the event. While concessions will be available on site, delivered by a waitstaff on golf cart, fans may bring their own prepared food and beverages to enjoy during the show. For more information, including entry details, FAQs and more, please visit www.moe.org.
A limited number of tickets will be available for presale at https://bit.ly/moevernonpresale starting at 10am ET on Monday, July 13.
Tickets go on sale to the general public on Tuesday, July 14 at 10am ET. For more information visit http://moe.org.
moe. is celebrating a milestone 30th anniversary year and the release of their long-awaited new studio album, THIS IS NOT, WE ARE, available on all DSPs as of June 26. The first album since 2014’s acclaimed NO GUTS, NO GLORY includes eight new songs written by members Chuck Garvey, Alan Schnier, Rob Derhak, Jim Loughlin, and Vinnie Amico, most of which have been fine-tuned over the past two years while the band spent time on the road. In addition, THIS IS NOT, WE ARE features one song making its first appearance anywhere, the Garvey-penned “Undertone.”
ABOUT moe.
Hailed by American Songwriter for their “mind-bending musicality,” moe. is undoubtedly among our most vital and inspired bands, treasured for their mesmerizing musical synergy, expansive showmanship, and resonant song craft. Since coming together in Buffalo, NY, the band has embarked on a truly original journey that has now spanned three decades, encompassing a remarkably wide-ranging discography rich with crafty, clever songwriting and genre-blurring creativity.
Prodigious studio output aside, moe. is of course a truly legendary live band, adored by a fervent grassroots following for their epic and wildly adventurous performances, each one imaginatively improvisational, rhythmically audacious, and utterly unique. Indeed, the band has spent much of its 30-year career on the road, including innumerable headline tours, international festival sets from Bonnaroo to Japan’s famed Fuji Rock, music- themed cruises, and sold-out shows alongside such like-minded acts as the Allman Brothers Band, members of the Grateful Dead, Dave Matthews Band, The Who, Robert Plant, Gov’t Mule, and Blues Traveler, to name but a few. As if that weren’t enough, moe. has both promoted and performed at multiple headline festivals of their own, including snoe.down and moe.down.
moe. is Al Schnier (guitar, vocals) * Chuck Garvey (guitar, vocals) * Rob Derhak (bass, vocals) * Jim Loughlin (percussion, vibes) * Vinnie Amico (drums).
ABOUT VERNON DOWNS
Vernon Downs Casino Hotel has hosted some of the greatest names in music entertainment. Artists such as Joan Jett and Clint Black have rocked outside at our track under the stars. Pat Benatar and Neil Girlado also played to a great sold out crowd, while the Fabulous Thunderbirds opened our New State of the Art Event Center! Vernon Downs Casino Hotel continued concerts featuring Gretchen Wilson in 2013 and rocked the house with Jerrod Niemann and Love & Theft, Country’s newest up and coming names. To learn more about Vernon Downs, click here to visit our website: https://www.vernondowns.com.
Share This Post: 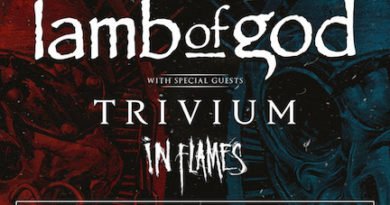 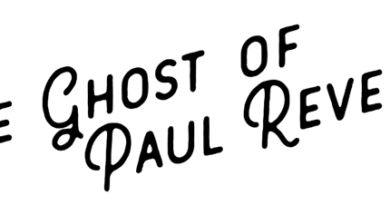