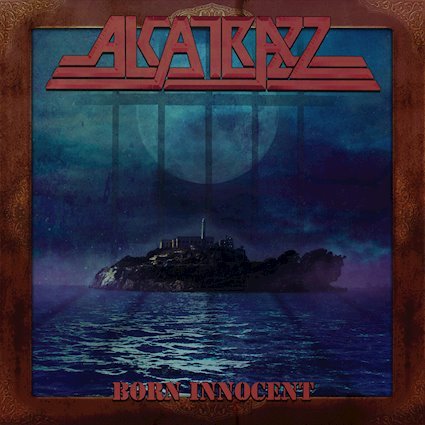 Uncategorised
11th July 2020 Rob Cella 345 Views
WATCH VIDEO HERE
BRAND NEW ALBUM BORN INNOCENT
SET FOR RELEASE VIA SILVER LINING MUSIC
ON JULY 31ST, 2020
PRE-ORDERS AVAILABLE HERE
View / Share ALCATRAZZ’s “Dirty Like The City” here
ALCATRAZZ release new single ‘Dirty Like The City’ ahead of their brand new full-length album, Born Innocent, which is set to be released via Silver Lining Music on July 31st; pre-orders now available at this location
Frontman GRAHAM BONNET comments: “Steve Vai sent us about 60 songs, out of all of them ‘Dirty Like The City’ was the one that stood out right away for me and after a good listen, I just knew it had to be included in the Album”.
Keyboardist JIMMY WALDO adds: “I loved this piece when Steve Vai sent it to us, and knew right away that Alcatrazz would eat it alive, it was a perfect fit with all the other material on the album”.
TOUR UPDATE
Due to the ongoing COVID 19 pandemic it is with deep regret that Alcatrazz have had to postpone their up and coming European tour which was due to take place this August and September.
“The safety of our crew and fans is of the upmost importance so we have taken the decision to move the current tour to 2021, new dates will be confirmed very soon and we look forward to seeing you all on the road once again” – Alcatrazz
BORN INNOCENT
The hard-hitting, melodic heavy metal band ALCATRAZZ will once again throw down a studio gauntlet on July 31st with Born Innocent, their first studio venture since 1986’s Dangerous Games.  Alongside the unique vocal prowess and range of star frontman and founding member GRAHAM BONNET, Born Innocent also features fellow founding members JIMMY WALDO and GARY SHEA.  And from the classic album art, featuring the mighty rock itself, Born Innocent is a journey into the sort of heavy, melodic and supremely articulated hard rock that is a cornerstone of the likes of RAINBOW and the MICHAEL SCHENKER GROUP, territory ALCATRAZZ successfully strode in the ‘80s before going on hiatus.
Debuting on Born Innocent is the latest of the illustrious ALCATRAZZ guitarists to bring their extreme six-string talents to the band, with Boston-based Berklee College of Music Assistant Professor of Guitar, and one-man metal impresario JOE STUMP perhaps proving the finest of a list which includes the likes of YNGWIE MALMSTEEN and STEVE VAI.
“The name Alcatrazz is a brand name,” announces star frontman and founding member GRAHAM BONNET. “People know what Alcatrazz delivers, and on this album you have the original ideas of Alcatrazz but played in a modern way with new inspiration.”
Mixed and mastered by ANDY HALLER, Born Innocent also sees former stars from BONNET‘s long career making guest appearances, from CHRIS IMPELLITTERI, who wrote the music and played all guitars on the arpeggio-powered ‘Born Innocent’ with BONNET’s vocals soaring to old-school heights, and BOB KULICK who wrote and laid down guitar for ‘I Am The King’. Virtuoso Japanese guitar maestro NOZOMU WAKAI -a new invitee to the party- similarly wrote and played guitars on the double-kick steel-plated Irish warrior ode ‘Finn McCool’, while STEVE VAI wrote ‘Dirty Like The City’.  Meanwhile, ‘Something That I Am Missing’ and ‘Warth Lane’ were written by -and feature the guitar work of- Italian six-string hero DARIO MOLLO, with RIOT bassist DON VAN STAVERN playing bass on the title track, ‘Polar Bear’, ‘Finn McCool’, ‘London 1666’, ‘Dirty Like The City’ and ‘Paper Flags’.  Add D. KENDALL JONES’ writing and guitar work on ‘We Still Remember’ and even a quick solo by another new invitee to the ALCATRAZZ mega-sound, ANNIHILATOR’s JEFF WATERS on ‘Paper Flags’ (the second one to be precise), and it’s clear that studio ALCATRAZZ 2020 is one giant piece of rock for sure.

Though ALCATRAZZ might well have been Born Innocent, their new album shows they obviously learnt some robust and rawkus stuff along the way. 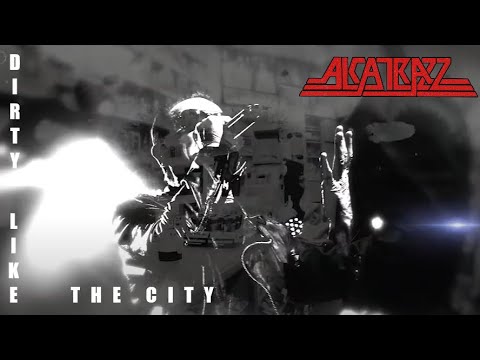 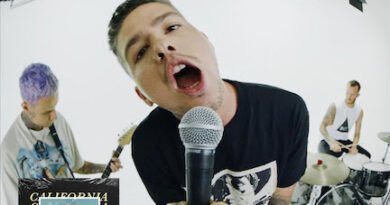 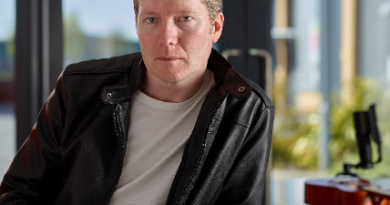 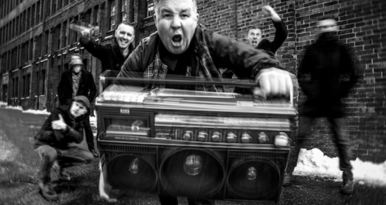 Stepson Premiere Video For “Who Are We?”at Knotfest

1st April 2021 Rob Cella Comments Off on Stepson Premiere Video For “Who Are We?”at Knotfest

EN MINOR: Debut Full-Length From Project Featuring Members Of Down, Superjoint, Eyehategod, And More Out NOW And Streaming Via Housecore Records

8th September 2020 Rob Cella Comments Off on EN MINOR: Debut Full-Length From Project Featuring Members Of Down, Superjoint, Eyehategod, And More Out NOW And Streaming Via Housecore Records