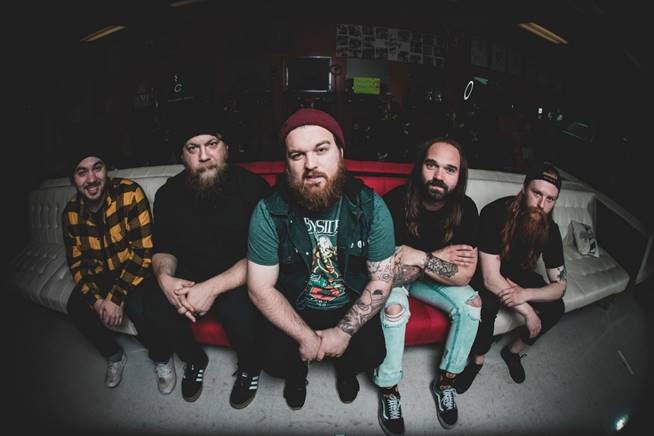 Seattle, WA – Dragged Under and Mascot Records / Mascot Label Group have aligned with one another announcing plans to release a deluxe version of the band’s seminal, current release THE WORLD IS IN YOUR WAY later this year.  The band’s repertoire is exploding at streaming platforms across the globe via an organic groundswell that has taken on a life of its own. To date, cumulative streams have exceeded four million plays.

The band features front man Tony Cappocchi, who has spent the last few years managing and marketing content creators and musicians alike, and has developed a passion and conviction to be transparent about what he believes is right. His lyrics paint a colorful picture of where he stands on mental health issues, government overreach, individual freedom, personal responsibilities and self-accountability. On guitar is Ryan Bruce, or as most know him “Fluff.” A content wizard for practically his whole adult life, Ryan has been creating music, and growing his recording studio gear tutorial videos, with views in the millions. On bass and backing vocals is Hans Hessburg, who has studied music theory and makes his living doing solo performances locally, while also offering music lessons on a variety of instruments (alongside vocals). Rounding out the rhythm section is drummer Kalen Anderson, who’s first tour ever was with Dragged Under when the band toured as support for The Used in January, 2020.

On the signing, guitarist Ryan Bruce shares, “Dragged Under joining Mascot is both a privilege and an honor. We feel that Mascot Records genuinely understands the band’s music and message, and we could not be more excited to work with such an incredible group of people globally!  It would be an understatement to say I am grateful for the band to join the family.  Their track record with bands like 10 Years, Gojira and Volbeat really sets them apart, so for me to now call the label home with my own band is a dream come true!”  Front man Tony Cappocchi adds, “We are excited and honored to say that we have joined the Mascot Label Group family.  We had a lot of options for this signing, but we saw what Mascot has been able to do with their bands and the level of attention they get from the label team, which is what ultimately made our decision and we couldn’t be more excited.  We believe Mascot will be a partner that can support taking this from being a hobby to a career. At the end of the day the goal is to be able to play for our fans as often as possible.”

Mascot Label Group President / North America Ron Burman states, “We’re so excited about signing Dragged Under.  The band embodies punk rock spirit, lifestyle and energy, fused with metal core sonics along with great hooky choruses.  I love their DIY ethos, and their live show is off the hook!  It’s rare to encounter an artist whose efforts on a purely independent level have yielded this vast connection to a global audience. We could not be more optimistic about the potential for the band’s future.”

Today, the band and their new label partner present a video for the song “Chelsea,” which can be viewed here: https://www.youtube.com/watch?v=DgLmuJjkYYc. Recently the band launched a mixing composition for this song specifically via Rate My Mix, which also lives on Warren Huet’s YouTube channel, which received over 6000 submissions. The astonishing engagement by the audience yielded more audio files than the domain had received for any given competition prior. See here for more detail: www.ratemymix.com/dragged-under-chelsea-mix-contest/ and www.youtube.com/watch?v=DgLmuJjkYYc.

The band is pushing to be a voice for the fed up. The people who want to live and let live, the ones who have had enough of people telling them what to think, who to be and what they should believe. They want to make it known that they’re not here to make you like them.  There is a passion for change in our world, and Dragged Under aim to lead us in to the era of self-discovery, introspection and following our own paths wherever they lead. From the musical epicenter of Seattle, and across The World, Dragged Under is casting a footprint that we rarely see emerge so instantaneously. 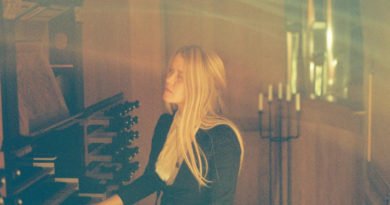 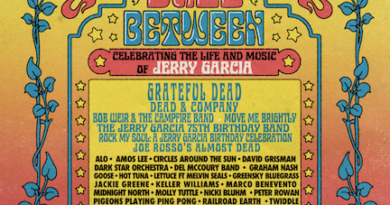 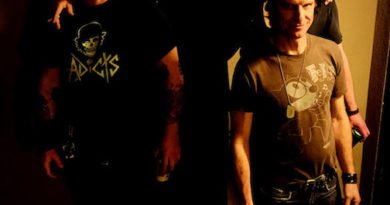