UNDER IT ALL: HARD QUESTIONS

Los Angeles, CA – Steve Vai will stage two weekly question and answer sessions with his global fan base via Facebook Live. The series “Alien Guitar Secrets Live: Music and You” will focus on the guitar, music, his career and the business aiming to offer insights that enlighten perspectives for their own worlds. He will also be breaking down various songs from his catalog to show techniques, and will also be discussing anything from writing, recording, publishing, promoting, and touring.  The second, “Under It All: Hard Questions” will enable Vai to engage in more esoteric life principles and topics where no question is off limits.  Many of his filmed interviews include his perspective on deeper subjects, and comment boards frequently allude to a broad interest in further exploration of his personal thoughts. Whether sharing detail on his observations surrounding life, the creative process, spirituality or the human condition, UIA will delve into opinion that’s led by the free form forum.

All parties are welcomed to tune in on Tuesdays or Thursdays, as he sits down live weekly at Noon Pacific.  Vai shares, “For the past three to five years I have been bouncing around in my mind the idea of launching these two webinars, but was waiting for an organic opportunity, and it seems the world lockdown situation was the right time. I had no idea of knowing how these would be received, but the moment I went live, within minutes there were thousands and thousands of people logged in and the comments were tremendously encouraging. It was quite the shocker to get this kind of response, and quite humbling at the same time. My goal in these webinars is not to talk about myself so much, but to answer people’s questions that I may be able to assist with an answer based on my own experience.”

Steve Vai is a virtuoso guitarist, composer and producer, considered by many as one of the greatest guitarists of all time. In over 40 years in the industry, Vai has sold over 15 million records, received three Grammy awards, and recorded with music legends like Frank Zappa, David Lee Roth, Whitesnake and many more.

Last year he released his inaugural music theory book via publisher Hal Leonard. Titled Vaideology: Basic Music Theory for Guitar Players, the gargantuan effort was designed to help both beginners and veteran guitar players.  At the time he shared, “One of the questions that I’m usually asked by aspiring guitar players is, how much music theory do I really need to know, and is it necessary? My answer is usually, “You don’t need to understand music theory at all to be an effective player, but it will always help to at least understand the basics”. So, I wrote a book that I believe contains the basics of music theory that can aid the student to be musically literate, and perhaps much more.”

In the Fall of 2019, a deluxe package was issued celebrating the title STILLNESS IN MOTION via his personal record label Light Without Heat.  The contents brought a visual experience to fans far beyond the original DVD release which captured his performance at Club Nokia in Los Angeles on October 12, 2012.  This deluxe package contains 2-Blu-Ray disks, with two CDs.  One of the Blu-Ray disks contains the bonus material titled THE SPACE BETWEEN THE NOTES (Tour Mischief). It’s an intimate and at times hysterically edited video diary comprised of more than three and a half hours of footage filmed around The World on-stage, off-stage, and behind-the-scenes during the World tour. This specific concert captured was the 49th show of the aforementioned global excursion that consisted of 253 engagements in over 52 countries and is available via his webstore at vai.com. 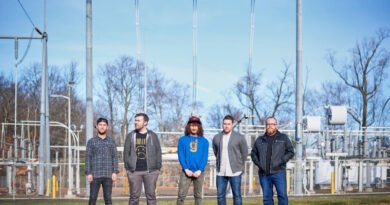 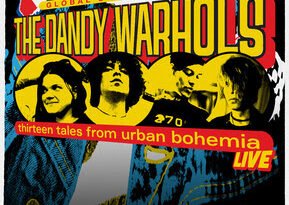 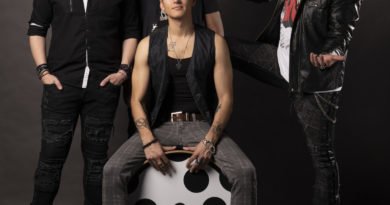 Dragged Under Makes Their Presence Known At The Beachum