On-sale information for EDC Guangdong will be available at guangdong.electricdaisycarnival.com 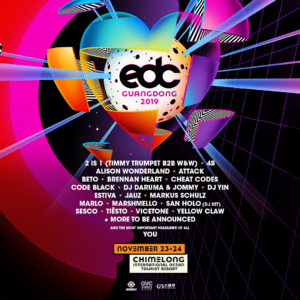 LOS ANGELES – Today, Insomniac announced Electric Daisy Carnival (EDC) will make its journey back to South China for the second annual EDC Guangdong, which will once again transform the aquatic grounds of Chimelong International Ocean Tourist Resort into a neon playground for all the Headliners in attendance. Following the success of EDC Shanghai and EDC Guangdong, the two-day dance music festival will return on Saturday, Nov. 23 and Sunday, Nov. 24 with its unparalleled celebration of music, art and community. Full pricing and on-sale information can be found at guangdong.electricdaisycarnival.com.

In partnership with CMC Times Entertainment, the 2019 edition of EDC Guangdong will feature an even larger fan experience with new décor and interactive art installations, majestic theatrical performers, and new production elements. Setting the tone for the weekend, the first phase of the EDC Guangdong lineup showcases more than 20 internationally acclaimed dance music artists including:

The announcement of the second annual EDC Guangdong comes after Insomniac’s recent news of expanding its international presence with the launch of Beyond Wonderland Bogotá and Escape: Psycho Circus Korea. The inaugural EDC Guangdong brought more than 50 of the world’s top dance music artists and thousands of Headliners to the Chimelong Ocean Kingdom in 2018.

For details on festival information, tickets, and additional artists to be announced, be sure to check out guangdong.electricdaisycarnival.com/. You can also follow EDC China on Facebook, Twitter and Instagram. To stay up to date with the latest Insomniac news, visit www.insomniac.com. 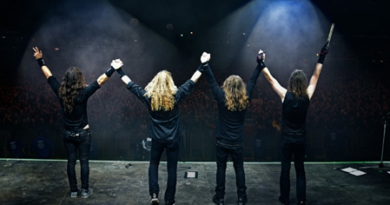 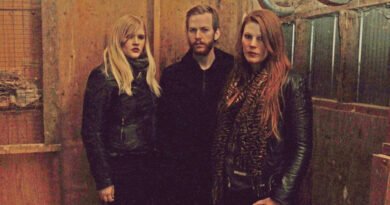