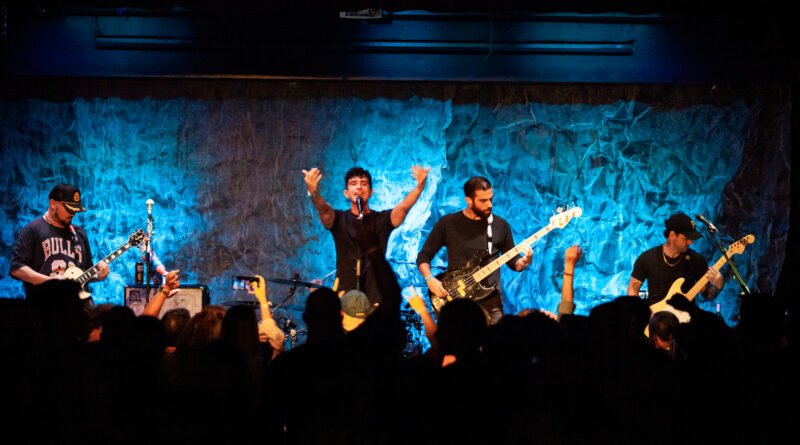 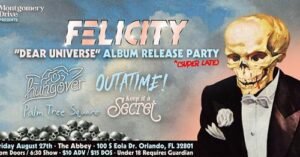 Some time has passed since the bands 2016 EP Brace Yourself was released.  But over the last 5 years Felicity has solidified themselves not only as the cream of the crop in the Orlando pop-punk scene but that they could certainly lead the charge in taking the genre to new heights.  And their first full length Dear Universe is no doubt going to take them in that direction.  For the band’s first show in over a year and half, the anticipation and excitement was at an all time high for not only for them but for their faithful fan base as well.

As the crowd pack in around the dark stage the sounds of the opening audio track from Dear Universe Carpe Diem would solicit a huge applause from the crowd.  Andrew Rapier (guitar), Mike Alosa (bass), Cory Nicholas (guitar) and Tyler Dennett (drums) kick off the first song of the night with the hard hitting track Ignite.  Singer Damien Fagiolino rushes the stage and immediately fuels the crowds intensity with his own.  The songs heavy riffs and soulful chorus sections give Damien Fagiolino different canvas’s to paint his vocal range on.

When the song end, Fagiolino presented Marshal Rones, the owner of Montgomery Drive the shows promoter, with a custom drum skin with his own face own it, signed by all the bands on the bill.  The band quickly switch is back into drive and punch it for their hard hitting song about an actual event they were involved in after a show with Hit & Run.  This got the blood flowing in the crowd as the floor opened up and the fans let loose.  Im always a fan of a good cover song.  Especially when it’s a completely reimagined take on it. 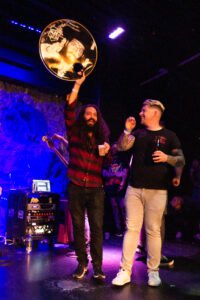 Damien announces that “This next one is the only cover song we’ve ever released and we hope you like it”.  By the loud applause, the fans knew exactly what was next.  Harry Styles’ music is far from heavy, but Felicity certainly made it their own with it’s hard riffs, elegant leads and upbeat two-step swing.  The band take their next song in a different direction. Andrew Rapier lets the fans in on a little piece of band history that this would be the first time in five years singer Damien Fagiolino has played guitar live.  Damien would lead the band into Dear Universe’s lyrically powerfully You Got This.  Damien, Andrew and Cory’s vocal layers not only during the songs addictive melody but it’s emotionally packed chorus line really made this not only a high point of the show but the album itself.

Wish You Weren’t Here has all those traditional pop-punk elements that have fans eating up every note. Its fun sing along feel had everyone jumping up with the band and clapping along.  On the album Felicity has a sound clip of a nagging girlfriend before Cory Nicholas exploded into his guitar solo.  Minus that missing audio experiencing this song live added so much more excitement and energy which you could be felt throughout the room and is my personal favorite off the album.  And we can’t leave out the fact Cory was sporting a rather amazing Stormtrooper guitar appeasing all of the Star Wars fans in attendance.

Following the slower tempo’s of Lonely Nights and C’est La Vie, Felicity shift the show back to in your face energy with the jubilant cheers of The Weather.  This is yet another solid track off the new album that gets the crowd involved with its motivational lyrical chants as their interaction with the band brings out smiles of content.  With all the excitement surrounding the release of the bands first full length album, Felicity would take it back to their EP Brace Yourself! and close out the show with the brutal song Burn the World.

As soon as the room hears that beginning guitar riff they explode with exhilaration and there was not a body standing still.  Everyone in front of the stage where throwing their hands in the air as they shouted the words right back to band.  Right as the final breakdown was cuing up, Cory waived fans aside and as it came in he jumps high above the crowd creating a frenzy on the floor.  The electricity in the room was at a high and you could the admiration from both sides.  At the end of the show it was clear.  Orlando in Felicity’s town, and we’re all just living in it.  Before the band walked off stage a plate of congratulatory shots were brought as they toasted to the fans thanking them all for being part of such an amazing night. 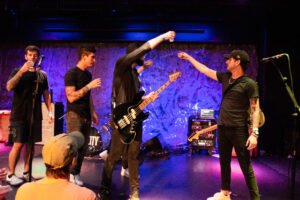 There were so many take aways from this show it’s hard to know where to start.  This was the first time I’ve ever seen Felicity live and I was impressed to say the least.  Their energy, charisma and solid song writing is what has led them to be one of the biggest pop-punk bands in the city.  But what also pulls you in about this band is their engagement with their fans.  They made everyone in the room feel like they belonged and made them feel like they were really part of the show .  Dear Universe is a record that needs no fast forward or skip button, just hit play and enjoy the ride.  From start to finish Felicity has put together a track list consisting of the perfect blend of crushing riffs, up lifting melodies and gang vocals while still supplying those reliable friendly pop hooks.  This album has a little bit of everything for any music fan out there so head to your favorite streaming platform and get your copy today! 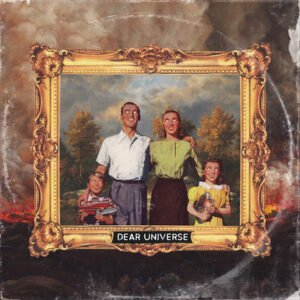 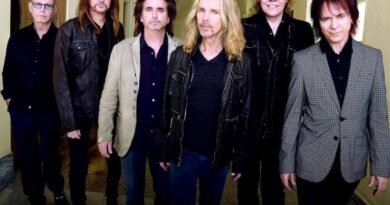 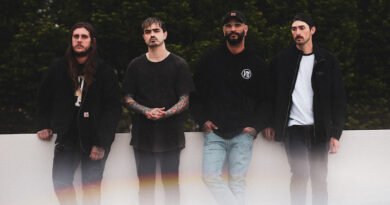 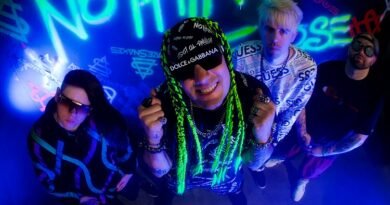 ABOVE SNAKES Release Official Music Video for “Nothing to Lose”

Bullet For My Valentine Release “Parasite” Video + It’s Another Banger