DRAGGED UNDER BEGIN TOUR WITH BEARTOOTH AUGUST 14 IN LAS VEGAS

Seattle, WA — Seattle metal core band Dragged Under and Mascot Records / Mascot Label Group present “Brainwash Broadcast feat. Spencer Chamberlain.”  The new recording and accompanying video, featuring Underoath’s Chamberlain can be previewed here: https://youtu.be/ve1Zr688E_Q .  The band shares, “Brainwash Broadcast isn’t a hyper nuanced allegory, it’s a journal entry on the media sensationalism that we endure every day. You can hear the same story from 2 different outlets with competing ideologies, and think two completely different things. It can be hard to decipher satire from real life news some days because of how inundated we are with subjective opinion pieces and click bait headlines.  We have a problem with division and fear, and our media and ‘journalists’ are at the center of it.”

Dragged Under head out on a national tour supporting Beartooth this week. The first appearance will be staged at House of Blues in Las Vegas, NV on August 14. The itinerary brings the band coast to coast wrapping with a final show on September 25 in Grand Rapids, MI at 20 Monroe.

On August 6, the band released WE’LL DO IT LIVE via Mascot Records / Mascot Label Group. Timed to that title, Dragged Under presented “Hypochondria,” which can be heard and screened here: https://youtu.be/B3Ap8cw3XFE.

Prior, Mascot Records released a deluxe version of the band’s debut album titled The World Is In Your Way, with two bonus tracks added titled “Just Like Me” and “Feel It.’” Tony Cappocchi [vocals], Ryan Bruce [guitar], Sean Rosario [guitar], Hans Hessburg [bass], and Kalen Anderson [drums] strike an elusive balance between thrashed-up punk, pit-splitting hardcore, technical metal, and hooky alternative. To date, the album has over 12 million collective streams, while the band was applauded by Alternative Press as one of 20 debut albums that took Metalcore to the next level in 2020. The periodical wrote, “the full-length debut by Dragged Under sounds like a dream playlist made by a 2000s scene kid. There’s some melodic, deathcore, pop punk, some post-hardcore and then some nu metal and Foo Fighters to listen to when no one’s around.”

On the upcoming dates with Beartooth, Dragged Under’s Tony Cappocchi shares, “It goes without saying we’re elated to be touring with bands like Beartooth and Wage War. These are a couple of bands that are white hot, and exceptional songwriters.  It’s an honor to open the tour.  As for the live EP, we wanted to give the fans a taste of what they could expect to see from us once live shows are back. We only got to play a handful of concerts to support that last record so it’s a way to give the audience a fresh perspective on an older release that we think didn’t get its proper time in the sun.”

The band has a planned run of European appearances in June, 2022. 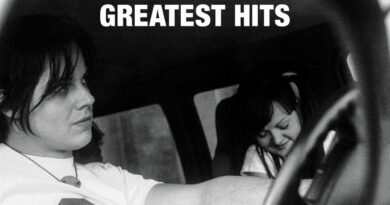 The debut EP from New Dilemma. Is Your Story Over will be released via Pavement Entertainment on June 26, 2020.

12th June 2020 Rob Cella Comments Off on The debut EP from New Dilemma. Is Your Story Over will be released via Pavement Entertainment on June 26, 2020.