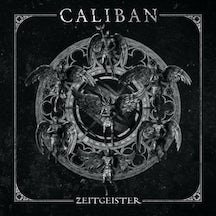 Caliban has been one of the most influential bands in metalcore since their break through EP A Small Boy and A Grey Heaven in 1999.  Over the last 22 years and 11 albums including the legendary split with fellow German act Heaven Shall Burn the band has constantly raised the bar and reinvented their sound.  Caliban’s newest album Zeitgeister/Spirit of the Time will take us back as the band has re-recorded a selection of songs from over their extensive careers.  Adding in their updated sound, guest vocalist and transforming original classics in the bands native language of German will make this album certainly stand out on its own.

“Trauma ft. Matthi From Nasty/Arena of Concealment” would explode as the first track off the album.  The overall tone and in your face aggression steps it up a couple of notches from the bands original version off of A Small Boy and A Grey Heaven.  Matthi steps in at the 58 second mark to lay down a couple free styled bars which served in contrast to the following sections of just straight brutality.  Another reimagined track off the bands first album would be “Intoleranz/Intolerance”.

Originally with a simple yet heavy guitar riff would now have a more dirty industrial under layer before all hell breaks loose. Caliban approached this song with absolute ferocity as singer Andreas Dörner’s thunderous roars rip through our ears and guitarists Denis Schmidt, Marc Görtz, bassist Marco Schaller, and drummer Patrick Grün drop enough ground pounding low end devastation to leave you in a coma.

“Ausbruch nach Innen/Tyranny Of Small Misery” is one of the bands most recognizable songs in their catalog off their 2001 album Vent.  As the track starts to play out with a sample of the songs recognizable intro riff, Andreas’s sinister vocals would add an eerie component over it.  His voice growing more and more intense with each verse as a build up of cymbal hits, acting like a ticks on a clock until the detonation of the songs crushing main rhythm.  Throughout the song you can definitely hear familiar elements, but Caliban gave this song a makeover and breathed life to an absolutely brutal rebirth to such an iconic track.

Going back to 2000 the band chose another notable track “Feuer, zieh’ mit mir/Between The Worlds” off of Shadow Hearts.  This would be another track that the band gives us a taste of nostalgia out of the gate by playing remnants of the original songs.  In my opinion, this would be the most true the band would be to any song on the record as far as original structure.  Having the bands current lower tuning certainly lifts the level of fierceness with everything they play and this was no exception.  The songs well-known chorus section really lifted off in this version while sounding multi-layered, full and radiant.

I’ve been a fan of Caliban for a long time and this is in no way a put down on anything they have done to this point. But they really blew the doors off the initial version of “Nichts ist für immer/All I Gave” from Say Hello to Tragedy literally made me sit back and say “Holy shit!”.  Caliban did such a great job with renovating this song by adding more intensity, life and emotion that it can take your breath away.  And when that breakdown hits you feel it right in your chest as those triplets reverberate through your eardrums.  This for me was the shinning moment on the record and is the track that I’ve revisited more than any other hands down.

One song that I was hoping would make an appearance is “Mein Inferno/ Little Secret”.  My anticipation was at a high when I saw this on the track list and after hearing how well Caliban re-worked these other great selections, I knew I’d be blown away.  The breakdowns through out the song are absolutely crushing while the multi-tracked chorus section soars with power and passion.  This always had the perfect balance of heavy riffs and melodic elements but Caliban turned the dials from 6 to 11 on this one and really exceeded all expectations for me.

With an album full of re-calibrated songs that stretched across the bands 11 albums, Caliban give us our first taste of new music in 3 years with destructive anthemic “Nichts/Nothing”.  You can feel the energy as Andreas vocal tirade gains momentum and then it all comes crashing down when that main riff hits.  The song as a whole is devastatingly heavy with yet another powerful vocal performance from Andreas Dorner that just ascends high above the strings and drums.  This was a huge exclamation point on a killer record that has been worth the wait.  Caliban used their incredible musical talents to transform some of their biggest songs in such a unique way and really showed us all what they are capable of. 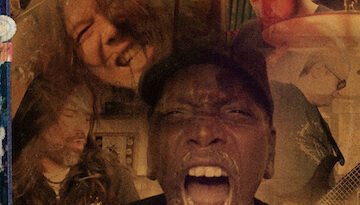 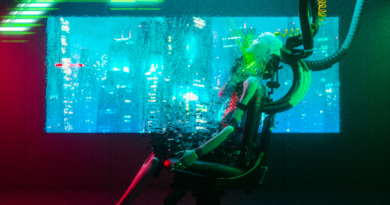