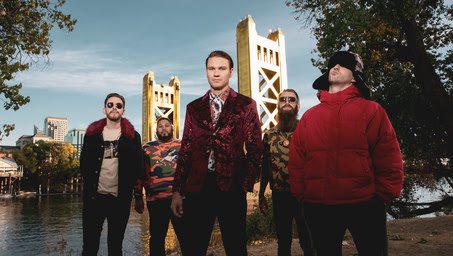 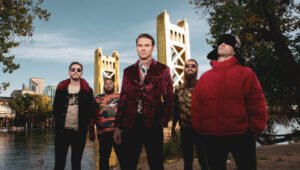 Tuesday, December 1st, 2020 (Los Angeles) – Danny Wimmer Presents is excited to announce Sacramento’s chart topping, genre defying quintet, Dance Gavin Dance for their most ambitious and unique undertaking thus far – Tree City Sessions Volume 2. The global streaming event will see the band perform a fan-voted setlist, featuring tracks that have never been performed live before, from iconic home town landmark, the Sacramento Tower Bridge. The Tree City Sessions Volume 2 set will also be released as an album via Rise Records with vinyl pre-orders being made available to fans as a ticket bundle option. Tickets and a variety of special merch bundles for this ground-breaking PPV stream event are available at special Early Bird prices now until Sunday, December 13th at 11:59pm PST from watchDanceGavinDance.com

The event will also feature a very special pre-show, hosted by SiriusXM’s Caity Babs, that will guide fans on an exclusive walk down memory lane with the band around their favourite and most significant Sacramento spots from throughout Dance Gavin Dance history in association with Visit Sacramento.

Speaking on the colossal undertaking of shutting down Tower Bridge and transforming it into an in-the-round concert stage complete with arena level light production, Tilian Pearson, singer of Dance Gavin Dance shares “We are poised to step up to the challenge of playing a fully fan-voted set, and it is an honor to be able to shut down traffic in the middle of the city to do it.”

“Sacramento has a deep history of prominent bands that call our city home and we’re excited to add Dance Gavin Dance to that list,” comments Mike Testa, President & CEO of Visit Sacramento.  “You can tell by their heartfelt words, and their energetic performance, that they love their hometown as much as we do and we’re proud to showcase them on the region’s most notable landmark, the Tower Bridge.”

In true Dance Gavin Dance fashion, fans come first with the Tree City Sessions Volume 2 event and album release. As well as standard PPV tickets, the band have curated a number of special merchandise bundles that will allow die-hards to further add to their DGD collection:

Dance Gavin Dance released their ninth studio album, Afterburner, earlier this year which has already clocked up 70.2 million streams since release and topped a multitude of charts on two separate occasions, once with it’s digital release hitting #1 across the Current Albums, Alternative, Billboard Top Albums, Digital, Current Digital Albums, Rock, Heavy Rock and Current Independent Albums charts and #14 on the Billboard Top 200 and again when the physical version was released several months later due to the pandemic, when it hit #1 across Vinyl, Internet, Alternative, Rock, Hard Music, Independent Current Albums, #3 Top Current and Billboard Top Albums and #47 on the Billboard 200 charts.

The album was produced by the group’s frequent collaborator, Kris Crummett, (Issues, Sleeping With Sirens, Mayday Parade) and Drew Fulk a.k.a. WZRD BLD (Lil Wayne, Motionless in White, Bad Wolves). The album is a landmark mission statement that encompasses Dance Gavin Dance energy past, present, and future. It is a dynamic demonstration of what the quintet does best, and is equal parts aggressive, melodic, and unrestrained.

Rejecting tired formulas at every step, Dance Gavin Dance merge progressive rock and post-hardcore with thick groove, brilliantly combining experimental music with hooks and a warped sense of humor. The group has amassed over 1 billion global streams, and 1 million album equivalent units sold across their catalog in the US alone. With hundreds of thousands of rabid fans engaged with Dance Gavin Dance on socials and their very own festival event, Swanfest, which sold out its inaugural edition in 2019 and is slated to return, once it is safe to do so,  in 2021, it all amounts to a full force band facing a mainstream that has overlooked them for too long.

In the heady tradition of Frank Zappa and Nirvana – people who made serious art without ever seeming self-serious – Dance Gavin Dance is a band that does what they want, how they want, confident that the audience will keep up. Tree City Sessions Volume 2 is another in a long line of wildly creative, boundary pushing endeavours by one of modern music’s most brilliant and unique musical forces. Don’t miss out on your chance to be part of DGD history, get your tickets now.

About Danny Wimmer Presents: Since 1993, music industry veteran Danny Wimmer has been producing concerts and festivals, both large and small. In 2011, he formed Danny Wimmer Presents, which now produces several of the largest rock and alternative festivals in the U.S. By combining A-list talent with local cuisine and culture, DWP has become recognized within the industry for delivering the highest-quality entertainment experiences to fans, artists, sponsors, partners and host cities. DWP creates memorable and all-encompassing festival experiences, leaving both consumers and partners with lasting and meaningful impressions. DWP will continue to add new music festivals to its already stellar portfolio, which currently includes Aftershock, Bourbon & Beyond, Epicenter, Hometown Rising, Louder Than Life, Sonic Temple Art + Music Festival, and Welcome To Rockville. Previous DWP festivals include Rock On The Range, Carolina Rebellion, Northern Invasion and more.  In 2020, DWP launched the popular digital series Offstage with DWP and ventured into the digital content curation space, promoting pay-per-view live streams. 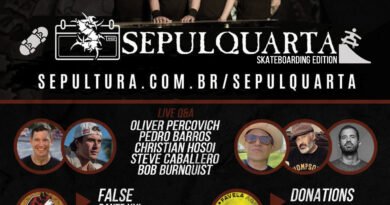 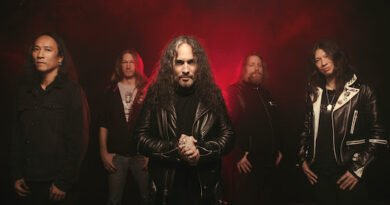