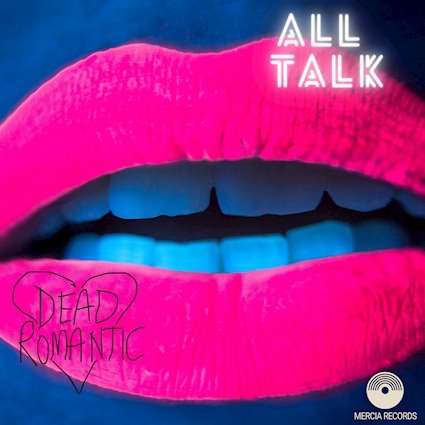 The single itself hosts crushing grooves, huge riffs and soaring vocals with hooks that will leave you humming it for days. Drawing on classic sounds infused with modern anthemic rock makes All Talk the perfect song for summer!

This is the audio-visual video which is exciting enough but in two weeks, expect to see the full production one.

The single is released through Mercia Records via Sony.

“The single came really easily. The three of us were sat in a room with my great friend and co-writer, award winning songwriter Steve Diamond. It felt like the song pretty much wrote itself. The melody came quickly, the lyrics flowed and the title just popped. The chemistry was amazing. We are all really pleased with how the song came out and are already in the studio working on our next release!” – Mike Krompass, lead guitar

UK Newcomers DEAD ROMANTIC deliver a hook heavy slab of rock pop in the form of their brand-new single, All Talk, which arrives on Friday 14th August, via Mercia Records and SONY/Orchard Global.

Although the modern rock crew are only freshly formed, they have already amassed a dedicated fanbase, and it’s easy to see why. This band has true pedigree. The trio consists of Benjamin Owen on lead vocals and guitar, Producer Mike Krompass handling lead guitar, Scott Westervelt on keyboards and featuring drummer Eddy Thrower (Lower Than Atlantis), who adds his imprint to the band’s new single, All Talk, and also a number of tracks from their forthcoming debut album.

Expressing a sound that pulls from many quarters, DEAD ROMANTIC infuse a sonic tapestry panning from bands like 30 Seconds to Mars and Bad Flower, through to The 1975. The band’s new single All Talk, is blessed with powerful riffs, crushing grooves and anthemic vocals. The tunesmiths remark: “We wrote this record with no filter, just the pure experience of playing music around the world. We met through rock’n’roll, and that is the language we are projecting in this project. Lyrically, we hope to inspire those in doubt and join those who reap. It’s a new world… a new fight”.

With a slew of singles on the way, as well as a forthcoming album that is rammed with surprises, DEAD ROMANTIC are poised to be one of the breakthrough bands of 2020. 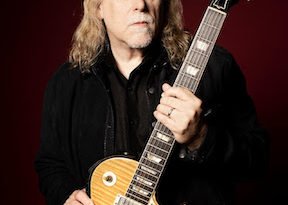 WARREN HAYNES TO PERFORM ON ROLLING STONE’s “IN MY ROOM,” PRESENTED BY GIBSON AT 3:00 PM ET, TODAY, THURSDAY, JUNE 25

26th June 2020 Rob Cella Comments Off on WARREN HAYNES TO PERFORM ON ROLLING STONE’s “IN MY ROOM,” PRESENTED BY GIBSON AT 3:00 PM ET, TODAY, THURSDAY, JUNE 25 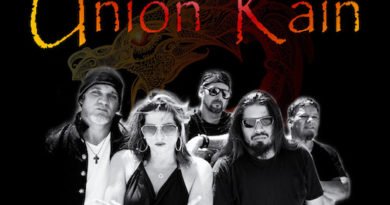 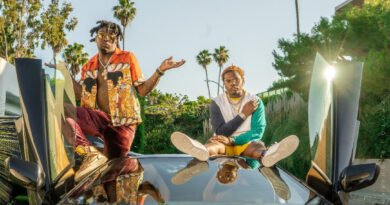