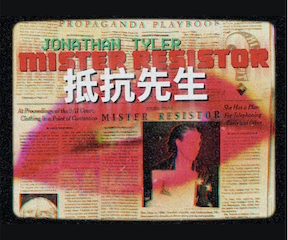 Uncategorised
2nd August 2020 Rob Cella 608 Views
JONATHAN TYLER CAPTURES THE ZEITGEIST
OF OUR ORWELLIAN WORLD IN NEW MUSIC VIDEO
FEATURING NIKKI LANE
Austin/Nashville-based Jonathan Tyler shares his new music video for “Mister Resistor” today, the second official release from his forthcoming album, Underground Forever, via Timeless Echo. Using classic footage of unrest and rebellion juxtaposed with nostalgic scenes of cultural touchstones, the video is a dystopian worldview, apropos for our times.
WATCH “MISTER RESISTOR”
“It’s a conversation about how surveillance and personal data gathering has become more and more prevalent,” says Tyler.  “I find it crazy how much information there is on everyone. Cameras on ever street corner, facial recognition technology, everything is connected from our cars to our phones to our TVs, to our refrigerators. I think about hackers, and the companies selling our data to anyone that’s willing to pay.”
Tyler says he originally wrote the song on the anniversary of the Tiananmen Square massacre. With the state of the world today, the song has become even more relevant.
“We’re supposed to be living in the freest country in the world. Meanwhile there are algorithms and quantum computers that are able to, in real time, algorithmically put people into categories, allowing our government to pick out foundational people within communities and target them. That’s not freedom. And that’s where the rubber meets the road.”
“This ‘resistor,’ is this person who alone is not powerful enough to really stop anything, but they’re at least going to make as much noise as possible,” continues Tyler. “They’re going to be a blister on the foot of the of power that’s coming down on them.”
Tyler has always been one to wear his musical influences on his sleeve. “I wanted to play with an 80’s vibe, like Neil Young’s Trans album, and Krautrock sounds like Can and Neu!” Produced and recorded by Rob Schnapf (Elliot Smith, The Vines, Kurt Vile, Cat Power) at his MANT Studio in east LA, “Mister Resister” features backing vocals from Tyler’s partner, singer-songwriter Nikki Lane. “I wanted the music to have the feel of the electronic world, but if you break it down, you can play it on an acoustic guitar.”
About the recording process, Tyler says “A lot of it comes down to working with Rob Schnapf and his ability to make things sound so good. I had the song before I went in with him, but Rob did his thing. He played the guitar solo and did the string arrangement; he brought it to life. He has a knack for that.”
“I’m not here to tell anybody what’s right or wrong on either side of the aisle,” says Tyler. “We’re at a crossroads. We have to decide which direction we’re going.”
# # #
About Jonathan Tyler:
Jonathan Tyler is a singer-songwriter and producer based in Austin, TX and Nashville, TN. Born in Birmingham, AL, at a young age his family relocated Homedale, NJ, then to Dallas, TX, where he steeped himself in the greats of rock and roll — The Rolling Stones, Bob Dylan, The Beatles, Leon Russell, JJ Cale, Waylon Jennings to name a few. All of which can be heard in his sound, a distillation of classic, southern, and modern rock.
Signed to Atlantic Records when he was just 22, Tyler scored an Alternative Radio hit with the swaggering and muscular “Gypsy Women.” He soon realized the major-label partnership wasn’t exactly a match made in artistic heaven. “They wanted to pick the songs and pick the producer, and that’s not me,” Tyler says. He funded sessions for Holy Smokes, his second album released in 2015 on Thirty Tigers, by playing gigs constantly. “That touring and keep-touring mentality — that’s really served me well. I’ve been on the road since I was 18 years old.” Holy Smokes album is a warm, loose, bluesy and beautiful slice of Americana, and features an instant classic for the genre, the tender “To Love Is To Fly,” a duet with his partner the singer-songwriter Nikki Lane, about the lingering danger beneath a relationship.
Jonathan produced Nikki Lane’s 2017 album Highway Queen. His new album, Underground Forever, produced and record by Rob Schnapf (Elliot Smith, The Vines, Kurt Vile, Cat Power) at his MANT Studios in East LA, is due out later this year.
Share This Post: 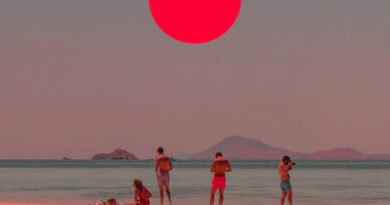 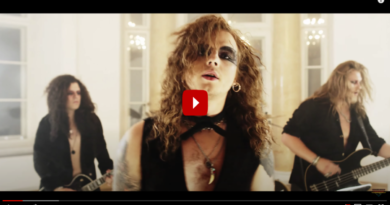 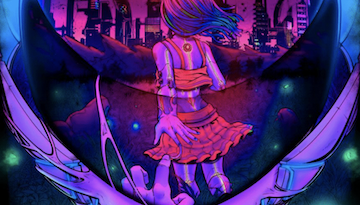 Kevorkian Death Cycle Brings Anthology Back To Life With The Re-Envisioned Collection : Injection

22nd July 2022 Calypso Dread Comments Off on Kevorkian Death Cycle Brings Anthology Back To Life With The Re-Envisioned Collection : Injection