Uncategorised
13th July 2020 Rob Cella 307 Views
Deathtronica Duo
LUNA13
Signs New Record Deal With
Indie Industrial Label COP International
Theatrical, Occult-Inspired Act From Los Angeles
Plans Upcoming Album Release November 13
Unleashing Trademark Blend Of Electronica And Black Metal
See Video For Cover Of Katy Perry’s “Dark Horse” Here
(Photo credit: Abraham Preciado)
Hailed as “the bass music scene’s Slayer,” dark lord duo LUNA13 look to spread their devilish delights in 2020 by signing to indie label COP International that will release the theatrical act’s upcoming LP on November 13. As the label home of Stabbing Westward, Deathline International and Suicide Queen, COP International welcomes the addition of LUNA13 to bring a dark side to the industrial imprint with an act that is as musically unique as it is unapologetically provocative.
LUNA13’s forceful Black/Bass/Metal style incorporates elements of electronica, black metal and industrial rock with the incredible ability to cross over from electronica to metal without using any guitars. Dr. Luna, the duo’s demented musical maestro creates the voluminous sound solely with synthesizers and distortion pedals by wrapping heavy distortion around sub-bass. Frontwoman Lilith Bathory brings the spectacle with brutal vocals and trance-inducing dance moves behind her devil horns.
With a gripping aesthetic paying homage to domination and the occult and a strong live show heavy on theatrics, LUNA13 has become a favorite attraction in hallowed Los Angeles where they hail from as well as a memorable opening act for death metal, industrial and electronica projects including Possessed, Insane Clown Posse, Doyle, Skin Lab, Insomnium, Skold and Mushroomhead.
LUNA13 has twice been named the best electronica/metal act by Akademia, has been hailed as one of the top 5 black metal bands to know by Worldwide Underground and was awarded metal band of the month by Metal Devastation Radio.
While LUNA13 works on new music for the upcoming November album release, they are sharing a harrowing new cover of Katy Perry’s “Dark Horse” that was released via Cleopatra Records. It’s the band’s first cover song and lives up to the hype. See it here: https://youtu.be/EOAMHGuqo2w
Listen to LUNA13’s previous albums and singles here: https://luna13music.bandcamp.com/
Says COP International founder Christian Petke, “LUNA13 is a perfect fit for our vision for the label. They are cutting edge in the truest sense of the word.
My jaw hit the floor the moment I realized they don’t have string instruments in their setup. Yet they are heavy as fuck! We also adore the fact that they are actively creating community. When they asked another of our artists, Suicide Queen, to join them for their upcoming (and now delayed) tour I was touched. This was not a buy-in; they really dug the band. If there is anything to learn from our current predicament, it is the fact that we are better together than apart.”
Dr. Luna adds, “LUNA13 is super excited about joining COP International. Not only are they amazing people and great visionaries, we are fans of many acts on their label. We are overjoyed to have our name shared with such awesome bands.”
Here is what the press has had to say about LUNA13:
“The bass music scene may be looking at their very first real
Venom or even Slayer”–London TV
“Hollywood CA’s Satanic Vampires, LUNA13 have served as Bass Metal ambassadors, keeping the spirit of dark music alive through shockingly grotesque performances and Electronic Bass Metal song-craft. This project is brutal, dark and visually stunning.”–Sleeping Bag Studios
“Their peculiar, controversial and brutal mixture of Bass Music and Death Metal is truly original and unheard. Their courage in crossing boundaries between genres that are commonly worlds apart led them to be one of the most talked about emerging acts.”–Tuned Loud 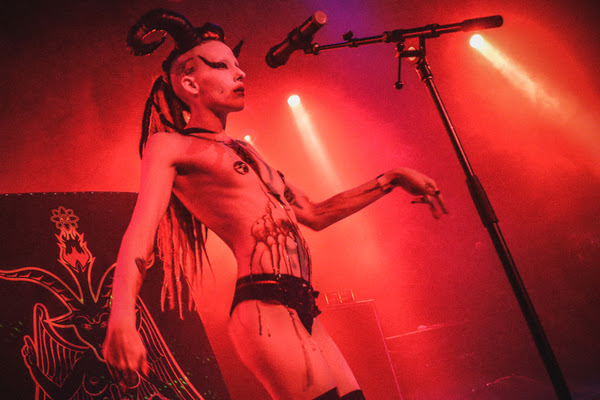 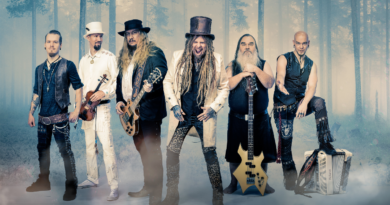 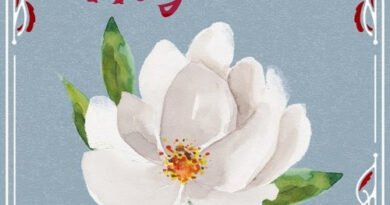 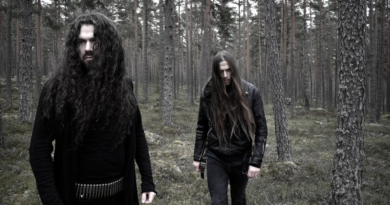