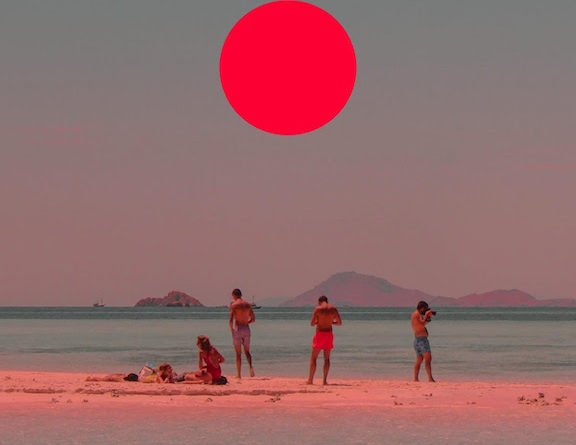 Uncategorised
10th July 2020 Rob Cella 111 Views
“Poolside notches another strong passage in their daytime disco diary for us to vibe with.”
– This Song Is Sick
Poolside has announced today’s release of their new single. “Getting There From Here (with Todd Edwards)” premieres today at all DSPs and streaming services.
“Getting There From Here” sees Poolside joining forces for the first time ever with GRAMMY® Award-winning dance music legend Todd Edwards (Daft Punk, Justice), who lends his unmistakable lead vocal and signature cut up vocals to the ecstatic track. Additional production comes from Los Angeles-based DJ/producer Turbotito, known for his recent work with Brazilian superstar Pabllo Vittar.
STREAM/DOWNLOAD “GETTING THERE FROM HERE (WITH TODD EDWARDS)”
“Though this song was written and conceived well before the Covid-19 pandemic and the current movement for social justice, it was written with change, acceptance and growth in mind,” says Poolside producer/guitarist/vocalist Jeffrey Paradise. “We just didn’t know how poignant those concepts would be at the time of writing. I hope it brings some joy, relief and encouragement to whoever listens and helps them with whatever they’re up against in these times.
“Getting There From Here” marks Poolside’s first new release since the arrival of their acclaimed new album, LOW SEASON, earlier this year. LOW SEASON is the first Poolside album to be wholly produced by founding member and visionary Jeffrey Paradise and features contributions from PANAMA, Ben Browning (Cut Copy) and members of the extraordinarily powerful Poolside live band: drummer Vito Roccoforte (The Rapture), bassist/vocalist Mattie Safer (The Rapture), percussionist Brijean Murphy (Toro Y Moi, U.S. Girls) and saxophonist/keyboardist/multi-instrumentalist Casey Butler (Pharaohs). Hailed by mxdwn as “pure bliss from start to finish,” LOW SEASON is available now at all DSPs and streaming services.
STREAM/DOWNLOAD LOW SEASON
Now boasting more than 2.2 million monthly listeners via Spotify alone, Poolside has unfurled a series of fantastic remixes in recent months, including Big Wild’s “Touch (Poolside Remix)” and their own LOW SEASON remixes: international DJ/production duo Body Music (Bosq and Vito Roccoforte (Poolside, The Rapture)) delivered two versions of “Around The Sun,” which Rolling Stone named a “Song You Need To Know, and Portuguese producer Moullinex gave the italo-disco treatment to “Sunrise Strategies,” the epic seven minute LOW SEASON closer. “Around The Sun (Body Music Remix),” “Around The Sun (Summer Dance Mix)” and “Sunrise Strategies (Moullinex Remix)” are available now for streaming and download and are joined by official visuals streaming now at Poolside’s YouTube channel.
# # #
CONNECT WITH POOLSIDE:
OFFICIAL
INSTAGRAM
TWITTER
FACEBOOK
YOUTUBE
Share This Post: 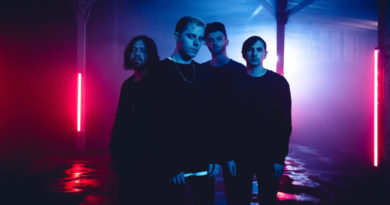 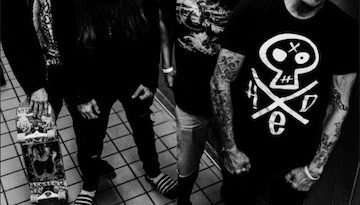 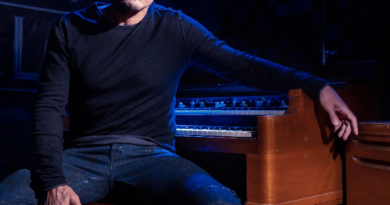 Knuckle Puck Cause An “Earthquake”