Ft. Lauderdale, Florida – July 9, 2020 – Alt/indie-rock group KIDS are excited to be exclusively premiering their new single + video “
Not Enough” today via Substream Magazine. Fans can pre-save the track released tomorrow, but in the meantime, can get an exclusive first listen here.
“Not Enough” comes off of the band’s forthcoming album, Lost Cities, due out July 31, 2020 via Tooth & Nail Records, which is available to pre-order now here. This follows the release of the band’s dreamy singles, “Visitor,” “All Smoke, No Fire,” and “Pale Horse.” Give these tracks a listen here.
On “Not Enough,” the band shares, “This song is coming to terms with the feelings of inadequacy and rejection we’ve all experienced. It’s that narrow intersection of realization and acceptance; being honest with yourself and those around you.”
As the singles would confirm, KIDS are making the most of their ethereal, spacey sound to create a world all their own. On the album, KIDS states ” Lost Cities is a love letter to the men and women who have worked selflessly to steer Spaceship Earth in the right direction, making something of themselves to better the world around them.”
KIDS is an alt indie rock band from Ft. Lauderdale, Florida. Its members Matthew Barrios, Joshua Diaz, Christian Gonzalez, Josiah Sampson and Andrew Woomer are unified by one simple motive: stay true to yourself. There’s a Picasso quote “All children are artists; the problem is how to remain an artist once he grows up,” They use to fuel that motive; it’s a reminder to always be anchored in authenticity. First artists, then storytellers, KIDS uses cinematic instrumentation as a vehicle for their storytelling. Sweeping soundscapes and epic brass sections play to their eager and animated nature while showcasing their sophisticated musicianship. A self-expressed band of “sadboys,” KIDS sings songs of love and loss through a lens of escape and imagination. Since their conception in 2012, KIDS released a full-length record in 2015 and plans to release their next project on Tooth & Nail Records in 2020.
Lost Cities is set to release July 31, 2020. For more information, please visit https://www.thisiskids.com/.
Lost Cities Track Listing:
01. Arrival
02. Stay
03. Dry Bones
04. Visitors
05. The Mourn
06. Ruins
07. Not Enough
08. All Smoke, No Fire
09. Pale Horse
10. SOS
11. Möthership
12. Departure
For More Information:
https://twitter.com/thebandkids
https://www.facebook.com/thebandkids/
https://www.instagram.com/thebandkids/
Share This Post: 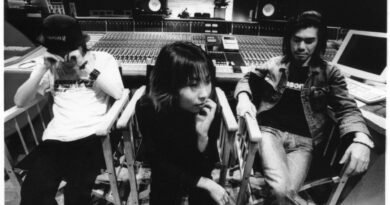 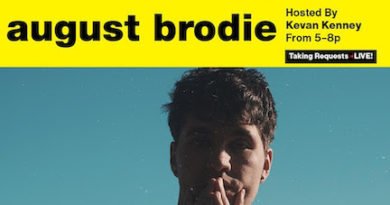 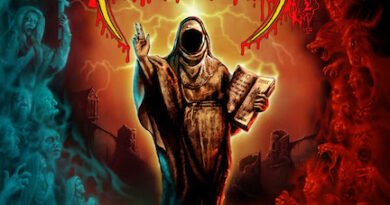 1988, 1990-1 – ANTHRAX STORMS THROUGH EUROPE AND NORTH AMERICA WITH IRON MAIDEN ON “MONSTERS OF ROCK” AND “NO PRAYER FOR THE DYING” TOURS, JOINING MAIDEN ON STAGE FOR “SANCTUARY,” MORE

31st July 2020 Rob Cella Comments Off on 1988, 1990-1 – ANTHRAX STORMS THROUGH EUROPE AND NORTH AMERICA WITH IRON MAIDEN ON “MONSTERS OF ROCK” AND “NO PRAYER FOR THE DYING” TOURS, JOINING MAIDEN ON STAGE FOR “SANCTUARY,” MORE