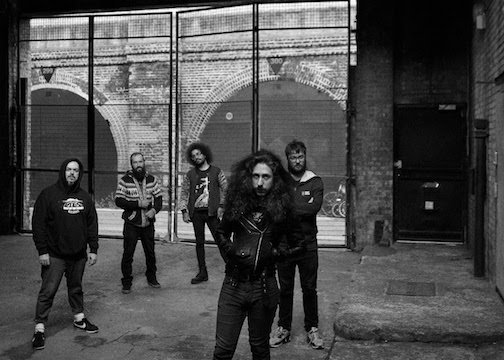 Uncategorised
30th June 2020 Rob Cella 119 Views
See “Força Bruta” HERE.
Neurot Recordings excitedly announces the impending late Summer release of Deafbrick, a caustic collaborative album between Brazil’s DEAFKIDS and the UK’s PETBRICK, the latter featuring Iggor Cavalera of Sepultura, Cavalera Conspiracy, and more.
A psychedelic video accompaniment to the album’s opening track, “Força Bruta,” today sees its premiere The Quietus, who writes in part, “Deafbrick is a new collaborative album by comprising of DEAFKIDS, Brazil’s finest caterwauling acid-psych-noise power trio, and PETBRICK, the crushing collaboration of producer, Big Lad/Death Pedals musician and New Weird Britain stalwart Wayne Adams, and Iggor Cavalera, founding drummer of Brazilian metal titans Sepultura. The album they made together is frighteningly good, a pounding and cyclonic and searing kind of music that feels, above everything else, immediate.”
Experience DEAFKIDS & PETBRICK’s “Força Bruta” at The Quietus RIGHT HERE.
Deafbrick will see release on LP and digital platforms on September 4th through Neurot Recordings in North America and Rocket Recordings in Europe. Watch for preorder info, additional audio previews, and more on Deafbrick to be issued over the months ahead. 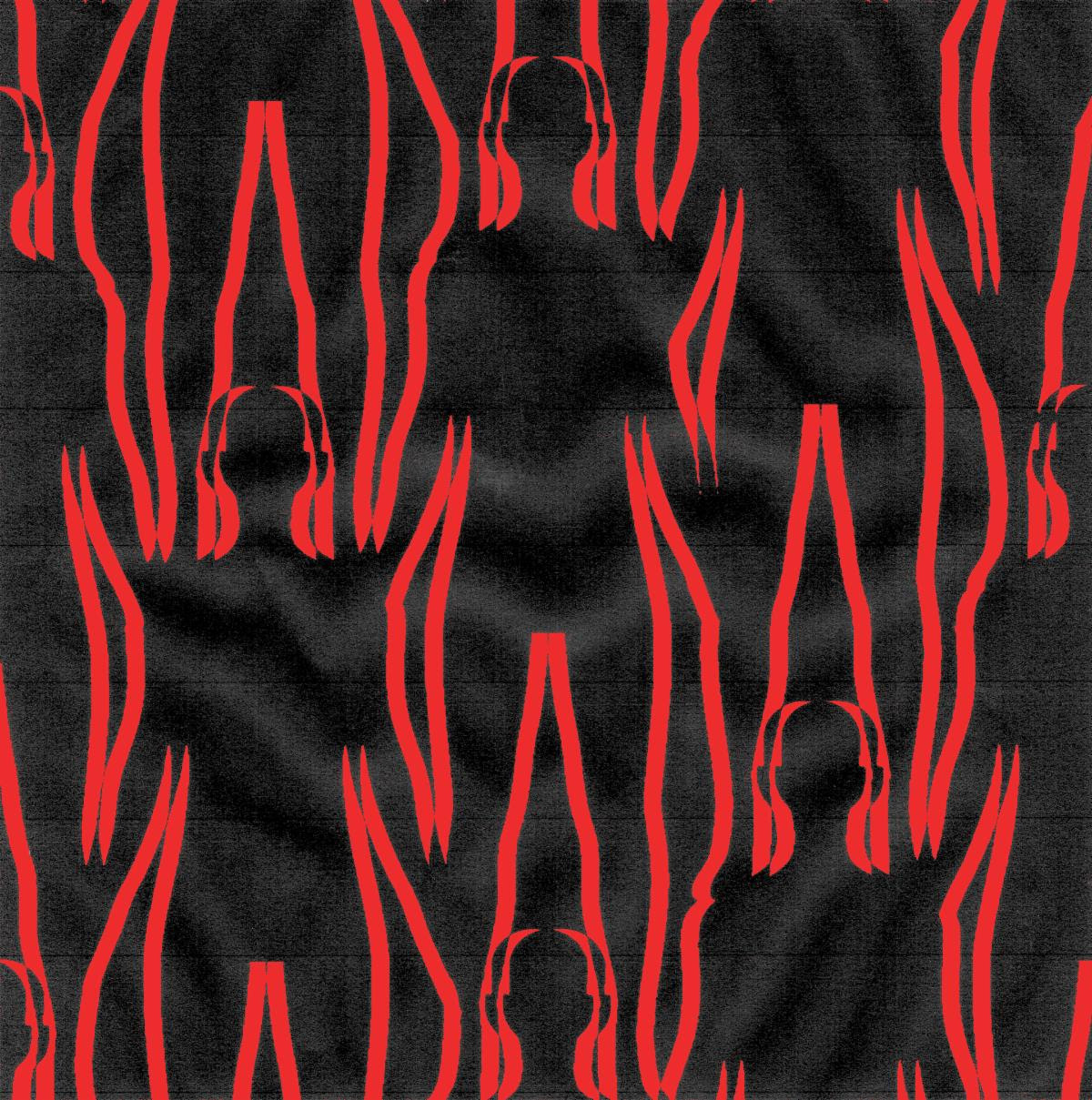 Deafbrick Track Listing:
1. Primeval I
2. Força Bruta
3. Sweat-Drenched Wreck
4. The Menace Of The Dark Polar Night
5. Máquina Obssessivo-Compulsiva
6. O Antropoceno
7. Mega-Ritual
8. Hyperkinetic Mass Disorder
9. Free Speech For The Dumb
10. Primeval II
The new decade is only a few months old, and already the only certainty is that certainties have ceased to exist. Yet as we traverse through new and intimidating terrain unfamiliar a short while ago, two collaborators have come together to unwittingly create a record curiously suited to an intimidating and unpredictable new era. Deafbrick, the collaboration between Säo Paulo’s sonic warriors DEAFKIDS and London’s pulverizing duo PETBRICK is a veritable force against adversity, and less a polite meeting of minds than a fiery collision whose impact and incandescence extend beyond the horizon.
The project first came to light by way of a collaboration at Roadburn Festival, which was the result of the friendship between DEAFKIDS and PETBRICK‘s Iggor Cavalera (Sepultura, Soulwax, Cavalera Conspiracy) who had met the band in Brazil. “We had so much fun doing the collab and there was a real chemistry between the five of us, so it seemed like a natural progression to actually get into a studio together and write a record,” offers PETBRICK‘s Wayne Adams (Big Lad, Death Pedals).
The results run the gamut through a litany of uniformly invigorating audial landscape – this is an arena where DEAFKIDS‘ appetite for lysergic punk-damaged tumult and PETBRICK‘s ventures into dystopian synth-driven soundscapes can happily engage in gladiatorial contest. From the unearthly percussive clangor of “Hyperkinetic Mass Disordert” to the DHR-addled chaos of the paint-stripping “Mega-Ritual,” every second of Deafbrick is infused with malevolent charisma and iconoclastic élan.
Yet perhaps the ultimate destructive moment of this particular demolition derby comes via a thrillingly monomaniacal take on Discharge’s “Free Speech For The Dumb.” Not that it necessarily met the approval of Discharge themselves, who make a cameo appearance on the song’s outro. “I asked them to record some quotes saying how much they hated our version,” laughs Iggor. “One of them even said that Metallica did a better job. That really freaked me out!”
Metallica, it’s fair to say objectively, does not do a better job.
“It’s an honor for us to have taken part in this collaboration with PETBRICK,” offers the DEAFKIDS trio. When we had the opportunity, in the middle of a tour, to get together at Wayne’s studio in London for two-and-a-half days to let the ideas flow, record things, and see what would happen, we couldn’t expect for a better result – a full album very rich on dynamics, sonic explorations, and unreached territories. We were able to integrate ourselves in a way that doesn’t sound exactly like any of the bands alone, and this is very interesting in the sense of aesthetic and sonic freedom as it creates ramifications of the paths already taken, extending the steps of what has been and what is yet to come. To have the chance to co-create with Iggor and Wayne as musicians and producers – who are extremely kind, creative, open-minded guys with a long path of experience in music roads – was a very special process of sharing, hearing, and learning. We also had Gordon from Terminal Cheesecake and Luminous Bodies and Matt from Casual Nun featured on two tracks, which was also amazing. We’re always very well received by these guys, bands and all these amazing people since our very first time in the UK, so it’s really nice to be extending this connection with this recording.”
Review copies of Deafbrick will be issued in the weeks ahead. For all coverage of DEAFKIDS & PEBRICK in The Americas contact dave@earsplitcompound.com, and in Europe and other territories contact chris@rocketrecordings.com.
https://www.facebook.com/petbrickband
https://petbrick.bandcamp.com
https://www.instagram.com/petbricknoise
https://www.facebook.com/deafkidspunx
https://deafkidspunx.bandcamp.com
https://www.instagram.com/deaf_kids
http://www.neurotrecordings.com
http://www.facebook.com/neurotrecordings
https://neurotrecordings.bandcamp.com
https://twitter.com/OfficialNeurot
Share This Post: 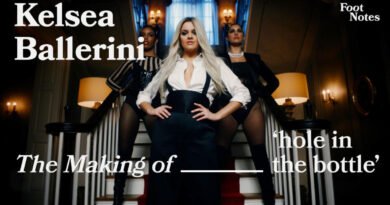 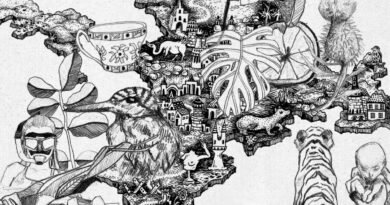 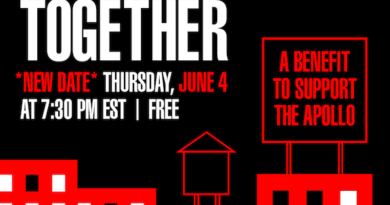 4th June 2020 Rob Cella Comments Off on “Let’s Stay (IN) Together: A Benefit For The Apollo Theater” Concert LiveStream Rescheduled To Thursday, June 4 At 7:30pm ET/4:30pm PT In Observance Of Black Out Tuesday